CROFTON, MD – Greenpeace will drop a 50,000-piece fund-raising test mailing in Mexico later this month, and, if it is successful, roll out in the fall with 150,000.

“Their goal is to build a donor and support base, and perhaps a volunteer base, as well as building public awareness of environmental issues in Mexico,” said Patrick Healy, the agency’s marketing director.

This is Greenpeace’s first mail-based fund raising in Mexico, although the group has been successful finding money in Argentina, Brazil and Chile.

“We had to start from scratch and we prepared the whole mailing. We went down to Mexico to research the market. We contacted the Mexican DMA. We had to find vendors and list brokers, which was not easy to do.”

Despite the shortage of lists in Latin America, he found a consumer list, a few credit card and catalog lists and rented Cornelio Bos’ Direcciones list of top Mexican executives.

Mailings were limited to people in the Mexico City area over 30 with an income of 120,000 pesos a year, about $12,000, and higher. Most people on the lists are direct mail responsive.

The test is split down the middle between those receiving an option of becoming monthly donors and those who do not. The mailings include premiums – a sticker with the picture of a whale and the legend “Greenpeace Mexico” and a membership card.

Finding a sanctuary for whales is a big environmental issue in Mexico, Healy explained. He added that while the membership confers no tangible benefits, it gives card holders the prestige of having it to show “you care about the environment.”

The US agency handled the writing, the art work and other creatives. It has a Spanish- speaking writer on staff but the copy went through several drafts before the client approved the final version.

“Copy is a big issue with Greenpeace. It has to be hard hitting with a call to take action that can motivate people to get going and do something about the environment,” Healy said.

Greenpeace had used a letter rather than a premium in in past fund-raising efforts, but the agency was able to marshal evidence from other campaigns abroad that premiums pull better.

“In one Canadian campaign, premiums outpulled straight letters by a margin of four to one, and we had similar results from our work in Europe,” he said. “The agency has an office outside Amsterdam and is active in nine foreign countries.”

Printing of brochures, labels, reply devices and the letters was done in the US because Greenpeace had trouble finding any printers in Mexico that used recyclable paper, a must for the project.

“We’re using a cold lettershop in Mexico City to arrange for the physical mailings and to do the labels,” he said. “There’s not much personalization in these pieces.”

The venture, Healy conceded, is risky “in the sense that this is not a tried and true market. But we’re optimistic. We’ve done our homework.”

He is not certain about the reliability of the Mexican Post, noting “that’s part of the risk you take when going into a new market. We’re using third-class post for the mailings.”

Response mechanisms include a reply envelope and a phone number. “We’ve hired a telemarketing company to handle response calls and we’re also using two other TM firms to call all the people we mailed and seek a response,” he said. 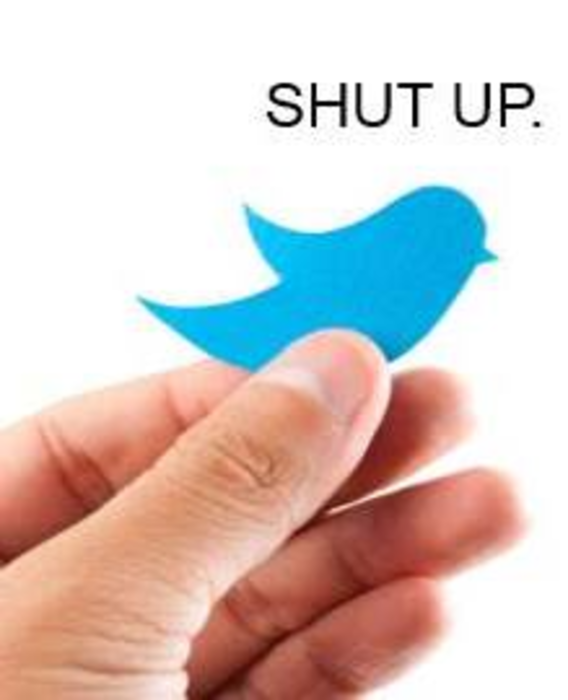 Should brands be worried about Twitter’s “mute” feature?

The Internet plays the biggest role in consumers' purchasing decisions, according to a study released yesterday by DoubleClick.…