A three-postcard mailing costing $60,000 by Loyola College in Maryland this spring to increase applicants to its graduate programs will generate an estimated $2.1 million in tuition.

The effort, which mailed to 43,750 people, has drawn a response rate of “a little over 2 percent at 900 responses, and they are still trickling in,” said Garry Raim, president of GKV Direct, Baltimore, the direct marketing agency that created and managed the effort for Loyola. The goal was 1.5 percent.

“About 700 of the 900 have completed the registration form that provides them with an application and information regarding a graduate program,” he said. “And of that number, 190 have submitted applications. Of the 190 people, 80 percent are expected to be accepted and about 85 percent of those accepted will enroll, giving us about 130 new enrollments as a result of this campaign.”

“The same group got all three mailings,” Raim said. “We felt that by increasing the frequency, we would get a lift in response and that people would notice we had a different message on each one.

“We were going to do some testing of this in which sub-segments would have received a single postcard and we would have compared that against a control group that would've gotten all three. But the client decided they liked the entire campaign and wanted to mail all three to everybody.”

The mailing was split between 23,000 names taken from Loyola's database and 20,000 outside names.

Loyola's list included those who inquired into the graduate program in the past 24 months as well as a group that consisted of alumni from the undergraduate school who had graduated more than five years ago and had addresses within 25 miles of one of the campuses.

The outside names included those who had taken the GRE and GMAT (tests required by graduate programs for consideration) in the previous 12 months who live within 25 miles of the campuses.

The first piece included a photo showing a cup of coffee, a keyboard and a hand holding a piece of toast with the words: “BROADEN YOUR MIND. ADVANCE YOUR CAREER. Fit both into your crazy schedule.”

The May 23 postcard had a shot of a woman looking through notes with the words: “LEARN VALUABLE NEW SKILLS. APPLY THEM IMMEDIATELY. Update your resume often.”

The June 16 mailing included a photo of a male student holding a laptop computer. The copy read “EXCEL ACADEMICALLY. GROW PROFESSIONALLY. Do the right thing in everything you do.”

The 10 graduate programs were listed on the front of the pieces. The back included a phone number to contact as well as Web sites whose addresses differed for each card to track response, plus an offer to waive the $50 graduate application fee if they responded by a certain date.

“We wanted to give people a reason to act quickly,” Raim said. “We changed the expiration date after the first one because we wanted to give them a little extra time. A bunch of people sent applications back with postcards stapled to them. It's not a huge amount of money, but $50 is worthwhile.”

The first card generated 54.5 percent of overall responses while the second produced 28.5 percent and the third 17 percent.

Cost for printing and mailing as well as list rental and postage was about $45,000. Other charges including creative services and photography brought the total cost to $60,000. 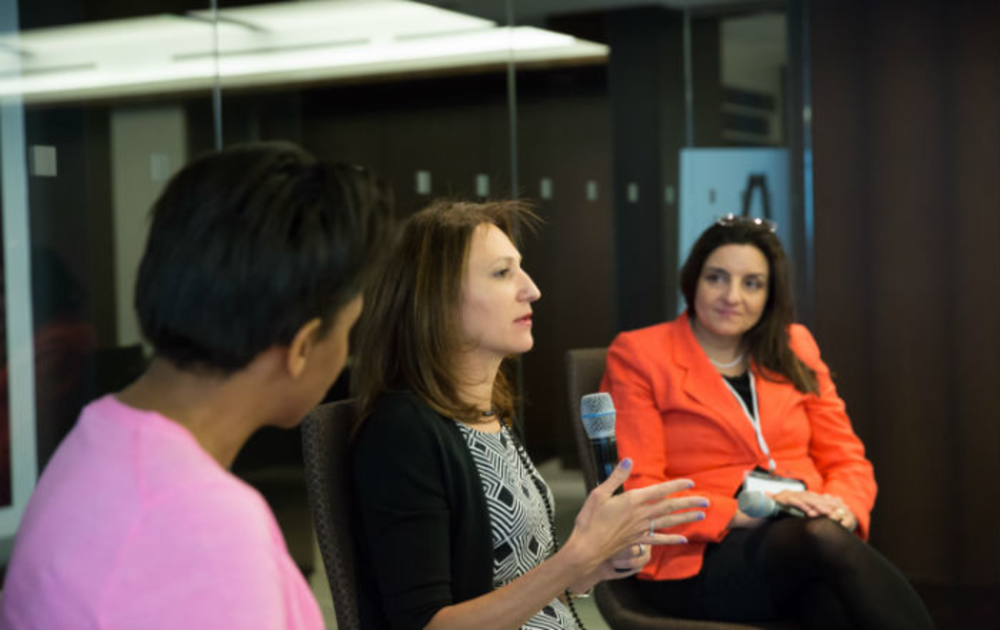 Female Marketers Under the Microscope

The old saw, “the more things change, the more they stay the same,” is a perfect way to…

Click Fraud: If Everyone Benefits, Who Will Stop It?

A nervous temperament permeated the recent Search Engine Strategies Conference & Expo in New York. Whether you were…