Watch retailer Fossil Inc. will undertake only its second direct mail drop in the company’s 16-year history to promote a new line of casual apparel and jeans introduced last month first online, then in stores.

An estimated 200,000 mailers will go out early next month to arouse interest in Fossil apparel and jeans, a retro-Americana look made popular by its existing accessories line.

Estimated at $25,000 to $30,000, the effort taps inhouse and rented lists for heads of households younger than 34 years old and for people ages 14 to 22 at home — Fossil’s core market. These consumers live around Fossil’s network of 53 stores, including outlets.

“The goal,” said John Talbott, vice president of marketing at Fossil, Richardson, TX, “is twofold: To talk about our [apparel] stores that are opening in those ZIP code areas, and then simultaneously to also introduce the apparel on our Web site and to drive traffic there.”

In a first for the company, Fossil launched its apparel line online at www.fossil.com. A few days later it opened five stores that stock 70 percent apparel products and 30 percent accessory items, such as watches, belts, handbags, wallets and sunglasses. Another 10 such stores will open in the fourth quarter.

Larger than its regular stores, the Fossil Apparel brick-and-mortar shops — and the Web site — will stock clothes designed inhouse ranging from $12 T-shirts and $39.50 jeans to $248 leather jackets.

“In recognition of all these accomplishments, it is frustrating and difficult to understand the company’s current common-stock valuation,” Kercho said in a statement released earlier this month.

“Over the next year, we plan on taking advantage of the current weakness in the retail industry by placing increased emphasis in brand advertising to increase mind share of the consumer, seeking diversification of the company through new initiatives such as Fossil-branded apparel and examining acquisition opportunities that will broaden our future,” he added.

The Internet last year accounted for an estimated 1 percent to 2 percent of the total sales, Talbott added. Although the early efforts were not as sophisticated, a Web site relaunch last month reflects the retailer’s renewed commitment to remote direct selling.

The direct mailer to support site and store sales is a four-page piece that informs customers of the two channels available to purchase Fossil apparel. The company first dropped mailers for its watches in December 1998.

“It was a small drop,” Talbott said, “[and] actually pretty successful, considering that we had a sort of untested list. We probably received a 0.5 percent or 1.5 percent conversion rate.”

For this second drop to promote apparel, Fossil hopes to get a “0.5 percent to 1 percent” conversion rate, Talbott said. This means that for every 100 mailers sent out, one consumer might order online or buy from a Fossil store.

The drop is supported by portal deals struck with America Online, Yahoo and Microsoft Network in their apparel sections. Fossil will also run banners across various unspecified sites.

“We think that over time we can develop a significant business on the Web, once we sort of establish that we’re in the apparel [business] and get some people trying the product,” Talbott said.

Fossil is still trying to find its niche in remote direct sales, Talbott said. Unlike catalogers that naturally moved online as a vehicle for order entry and fulfillment, Fossil has had no catalog to give it an advantage. Talbott said a Fossil catalog is the next step.

“In the long run, that’s what we’ll be doing,” he said. “We won’t only have a Web-based direct business, but we’ll probably supplement that with catalogs. So this is just a first test. We’re not really good at it, so we want to learn first.”

ORLANDO, FL – Marketers have to understand and find ways to work with the idea that consumers essentially… 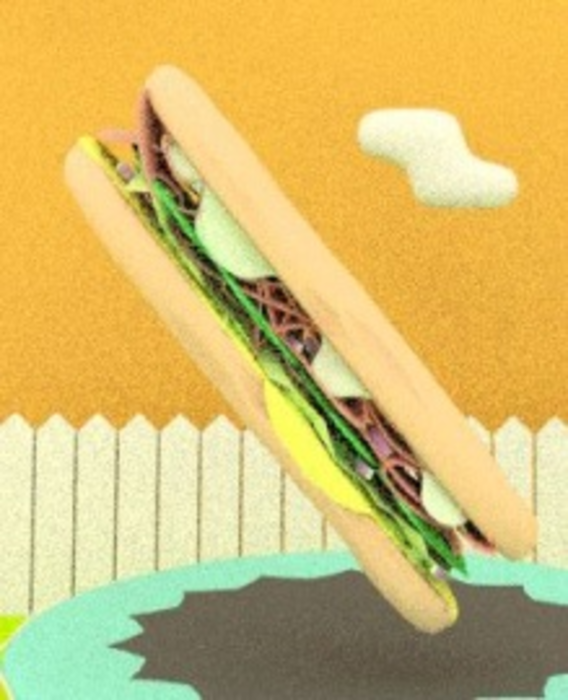 Animated GIFs have long been a feature of Tumblr blogs, but for its latest campaign, Subway decided to…

On With the Show