Five companies to watch in 2012

Last week, my colleague Melissa Hoffmann reminisced on the biggest fails of 2011. Today I’d like to use this space to cast an eye toward the remaining 363 days of 2012. In my post, I’ll examine the five most intriguing companies I covered within the past 12 months, and I’ll offer a bit of advice to each moving forward. There are no strict criteria for which companies I selected (I simply got the most enjoyment out of covering these five during 2011 for various reasons both positive and negative).

Groupon: It’s almost impossible for me to blog these days without mentioning Groupon. In fact, I’ll quote directly from my Dec. 1 blog post in summarizing Groupon’s past year. “I’ve often used this space to give Groupon some much-deserved grief. After all, within one year, the daily deals giant insulted Tibetans (and everyone else) with offensive Super Bowl ads, they triggered two U.S. Securities and Exchange Commission investigations because of odd accounting metrics and public statements made by CEO Andrew Mason during the company’s initial public offering (IPO) filing. The Chicago-based coupon company lost one COO to rival Google, another COO for unknown reasons, and it announced it would significantly cut marketing spending. Despite these hiccups, Groupon raised $700 million when it went public in November, and the company announced yesterday that it sold more than 650,000 holiday deals between Black Friday and Cyber Monday, an increase of 500% compared with the same weekend last year. As a result of this success, shares rose 9.3% to close at $17.44 on Nasdaq, though they were still below the $20 IPO price.”

Advice: Groupon, you’re on the right track. You established yourself by being quirky and somewhat rebellious, but you recently learned that complying and conforming isn’t always selling out. When you’ve got a business as successful as yours, it doesn’t pay to be the wise-cracking smart-ass in the room. You should focus your efforts on adapting and perfecting your business model and creating advertising campaigns that reinforce your stronghold on the daily deals marketplace.

Netflix: Netflix forgot that superior technology and products are nothing if you don’t have happy and loyal customers. The company famously raised prices and limited product options, and then seemed shocked to have lost about 800,000 consumers the following quarter. It also tried to split the streaming and DVD-rental services portions of its business, only to change its mind after customer backlash. The company is currently involved in a class-action lawsuit that had been filed in 2009 involving the price of online DVD rentals.

Advice: Listen to your customers BEFORE making sudden, imbecilic moves. We’re on Twitter, we’re on Facebook. Ask us what we think before you decide to flip the script on us. When I first blogged about your price increase, I vowed to end my subscription. I didn’t. Why? Because you rock! You have superior inventory, you’re the most convenient video rental service and your prices aren’t that bad (even after the recent increases). But consumers are a stubborn bunch, especially when dealing with superfluous products such as streaming video, so don’t be surprised if people leave you on principle alone.

Draftfcb: When Direct Marketing News covered Draftfcb for its annual Agency Business Report in June, we reported that the company had a “healthy 2010,” in which it won more than 218 pieces of new business around the world. But we also foreshadowed what would ultimately become the story of Draftfcb’s 2011 when we wrote that the agency suffered a few setbacks when SC Johnson put its global marketing services work up for review and Kraft pulled roughly 25% of existing Draftfcb creative duties. Well, Draftfcb ultimately lost the entire $1 billion SC Johnson account to BBDO and Ogilvy, a loss which forced the agency to cut 10% of its Chicago staff and 3% of its worldwide staff.

Advice: I spoke to Draftfcb chief of staff Peter Drakoulias when he was named to the position in November. The guy is a charismatic genius whose energy and passion is infectious. During our conversation, he told me that Draftfcb currently has “four to six active M&A transactions [in the works] but that none are mature enough to discuss publicly.” Draftfcb, it is VITAL that you continue to acquire the technology and people that can help bring you out of your slump. It’s also imperative that you get intelligent people like Drakoulias out into the public more often so that potential (and current) clients can see the work you’re capable of creating.

Sears: Although I’m not sure I’ve ever bought a  Sears product, I root for the company. It is the inventor of the catalog business, without which I probably don’t have my job, and, as a result, I’d like nothing more than for Sears and cataloging to be celebrated universally and without reproach. But that’s so far from reality it’s almost laughable. When Direct Marketing News spoke to David Friedman, Sears’ president of marketing, in February he spoke about the need for retailers to bridge the online and offline worlds. The only problem: this conversation was happening in 2011 and not 2001! Friedland resigned in November, and the company is still struggling to do something most retailers did last decade: sell online. Sears posted a third-quarter net loss of $421 million in November, and the company wasn’t able to go into the black during Q4. For the eight weeks ending Dec. 25, Kmart’s quarter-to-date sales were down 4.4% and Sears’ stores sales were down 6%. As a result, the company plans to close 100 to 120 Kmart and Sears stores. The company made several shrewd moves in 2011, including naming Monica Woo VP and CMO and launching a digital advertising program on Oct. 26 that will offer consumers weekly circulars for hundreds of Sears and Kmart stores nationwide.

Advice: Stop trying to figure out the whole electronic commerce thing. You’re never going to catch up to the Amazons and eBays of the e-commerce world. Instead, be next when it comes to mobile and social. Acquire and build the technology that can not only bring you up-to-date but actually bring you out front. I realize this advice won’t be easy to implement (it’s hard to sell on a mobile device when you can’t sell on a PC) but there’s no reason for you to spin around chasing your tail on something as old-school as the WWW.

Infogroup: The 2011 Infogroup story actually starts in 2010 when the company began the process of consolidating its 31 competing data and marketing services businesses into a single company providing marketing research, creative, strategy and campaign services. The process started when Infogroup was acquired by CCMP Capital Advisors in July and president and CEO Clare Hart was put at the company’s helm. What’s transpired since that time has been nothing short of chaos. The company’s descent began when it removed Mike Hilts, president of its interactive unit, and Tim Price, the unit’s SVP of sales and marketing, from their positions effective May 9. It then began a round of layoffs across functions and across U.S. offices in June that affected approximately 140 Infogroup employees, according to reports. Four hundred additional full-time employees, or approximately 15% of Infogroup’s full-time workforce, was moved to Lake Capital Management as part of the sale of research branch, Opinion Research Company International. Then things got really wacky. In September, Infogroup launched the types of divisions that made me wonder why they consolidated brands, it sued founder Vin Gupta (who later countersued), then CMO Slade Kobran and Hart both left the company (Hart was replaced by former Epsilon exec Michael Iaccarino).

Advice: Where to begin … First of all, design five- and 10-year roadmaps and publicize those bad boys far and wide. No one has any idea what you’re doing, why you’re doing it and how it will affect clients and employees. A roadmap will A) establish Iaccarino as someone who is more than a figurehead and B) convince everyone in the database world that Infogroup is a forward-thinking company and not the company that was run by that guy who was friends with Clinton. Speaking of Gupta: Ignore him. Don’t sue him! Put his entire tenure as CEO behind you as quickly as possible and rebuild the company from the ground up. If you can’t do that then you might as well continue selling off your parts until there’s nothing left of the company. (I suspect Infogroup will be sold in parts or as a whole by the end of 2013). 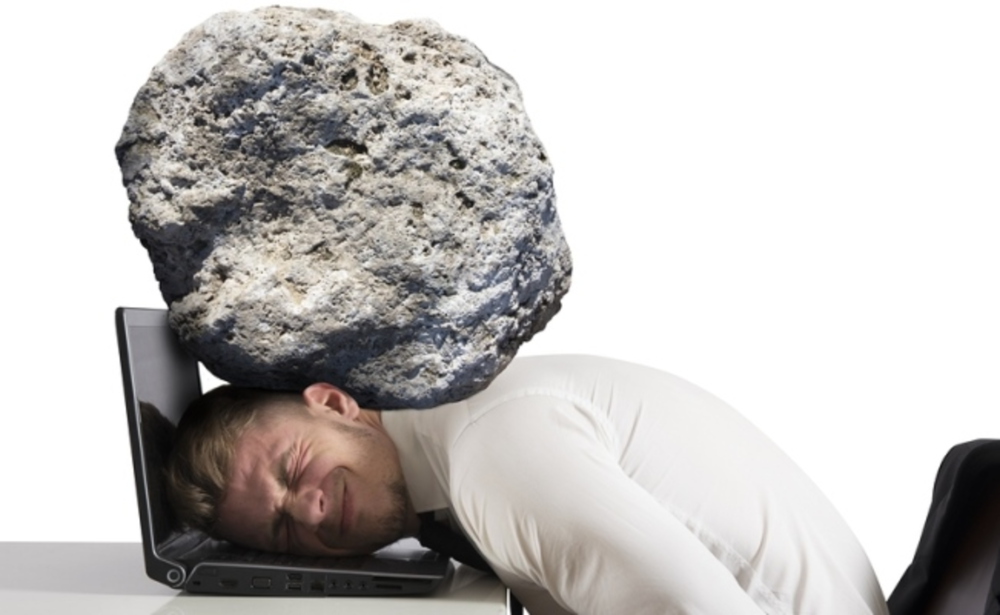 And the load doesn’t weigh me down at all. He ain’t heavy, he’s my brother.  — The Hollies…