Revenue-sharing is the hottest trend in online commerce right now.

Web pioneers like Amazon Books and CDNow are giving a percentage of sales to sites that send them traffic, and other online merchants are rushing to follow suit.

So even a great site won't make money if no one visits it. But revenue-sharing deals are more than just a way to increase traffic. Revenue-sharing is taking off because it generates especially high-quality traffic and does so with zero up-front cost.

A revenue-sharing plan like Amazon's affiliate program is essentially another form of Web advertising. At one end of the Web advertising spectrum, you have traditional CPM-based banner advertising. You pay each time someone sees your ad. After that comes advertising based on click-throughs (if you can get it).

Who ends up winning? That depends on how much power the merchant has compared to the site selling ads. Good luck convincing Yahoo!, for example, to run your ads for a percentage of sales. Unless you are Amazon Books, that is, and even then you probably have to pay some amount up-front.

But Yahoo! isn't the only place to advertise. In fact, depending on what you sell, there probably are sites out there on the Web that can send you traffic worth more per capita than traffic from Yahoo!, and yet also will run your ads for a percentage of sales.

What kinds of sites would do that? Theme sites. Whatever you're selling — from diapers to dog collars — there are probably popular sites, run by individuals, that are devoted to related themes.

The Webmasters of these sites usually will be delighted to run your ads for a percentage of sales. They probably have no other way to make money from their traffic. They don't usually have the means to run CPM-based banner ads, even if they wanted to. So from their point of view, a revenue-sharing deal with you is like free money.

And it is a great deal for the merchant, too. Not just because you only pay for incremental sales, but because the traffic you get from theme sites is so well-selected. Direct marketers know it's critical to target their offering. That's why they'll pay so much for the right names. And the traffic you'll get from a theme site can be selected with incredible precision.

If you're selling motorcycle-related products, for example, you would want to set up revenue-sharing links with the many motorcycle theme sites out there. You even can get down to the individual brand, if you want. And you are not just guessing, based on demographic information, that visitors to these sites are interested in motorcycles. They show you that they are by being where they are.

If you are able to establish revenue-sharing links, you'll probably see the effect of this selection in higher per-capita revenues. Our evidence so far suggests that links from theme sites might generate twice the sales per capita of traffic from search engines.

What's the catch? I don't think there is one. In a free market, something that is valuable quickly gets a price. The carefully selected traffic that passes through theme sites is very valuable, and revenue-sharing links allow both the theme site and the merchant to benefit from it.

Paul Graham is co-founder and president of Viaweb Inc., a Cambridge, MA, supplier of online store software and site-hosting services.

If there's one lesson to learn in the direct mail business, it's that the list is the most… 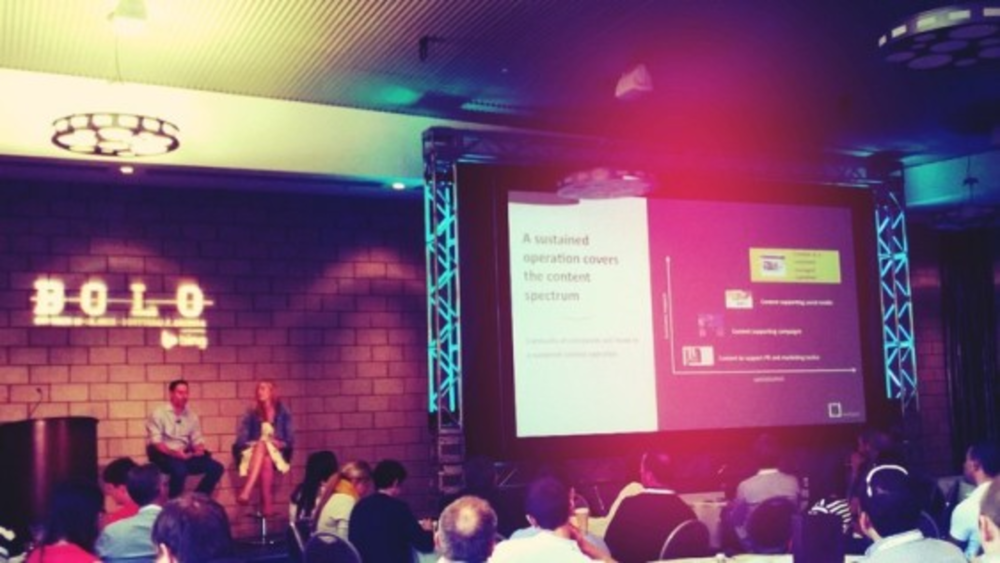 ‘Make hacks, not ads’ – Report from the 2013 BOLO Conference

I’m in Scottsdale, Arizona right now for the BOLO Conference, which has brought creatives, agencies and technologists together…