Fat Hat Factory is seeing an average sales order of $195 three weeks after dropping 7,000 copies of its summer catalog, which was created to look like a children's storybook.

The average order size is typical of what most Fat Hat catalogs generate, said Joan Ecker, designer and owner of the retailer and cataloger, which sells women's clothing and hats. Fat Hat has a target audience of professional women with annual incomes of $50,000 to $100,000.

The storybook theme runs throughout the catalog, including the table of contents. Along with the products are poems by Ecker and drawings as well as photographs of staff members, Ecker's children and her dog. The book is broken into four sections: Basketweave, Washable Linen, Nantucket Terry and Travelwear.

“We add our own personal touches in the catalogs because that's what people have come to expect for us and it works well,” Ecker said. “When customers call, they are actually speaking to people they've seen in the catalogs.”

The summer catalog has 26 pages and measures 8 inches by 6 inches. The cover is printed on 80-pound paper, while the inside is printed on 70-pound paper. There are 40 products, with each page containing one to four items.

The catalog follows an even more elaborate design, a deck of cards, that Fat Hat used for last year's holiday season. The 4-inch-by-6-inch playing cards were packaged in a black-and-white cardboard box with the company's logo. That drop had an average order size of $400 but cost $4.35 per pack, compared with $2 for the current book.

“The deck of cards did cost a lot of money, but it was the best marketing promo piece for us,” Ecker said. “It doesn't mean it made us a lot of money. However, it did pay for itself. It put us in a different place in people's minds that we were not just a Vermont business, but that we are a sophisticated, upscale business.

“I think people were impressed with that piece because it was so different than what you get in the mail. For us it was worth the cost for that moment because it got us an incredible amount of press,” she said. “We probably won't do another package like that because we only saw it as a one-shot deal.”

Fat Hat, Quechee, VT, has a database of 11,000 names and does not rent lists. It relies instead on catalog requests retrieved from its Web site, www.fathat.com ; full-page advertisements in Vermont magazine; and requests from more than a dozen trade shows the retailer attends each year.

The cataloger has an active file of 7,000 to 7,500 names and mails books only to people who have purchased within the past year.

In the next few months, Fat Hat will step up its advertising efforts by targeting national magazines that fit its demographics. The company also is gearing up for an August advertising campaign surrounding the launch of Ecker's new bag. Details for the campaign have not been finalized. 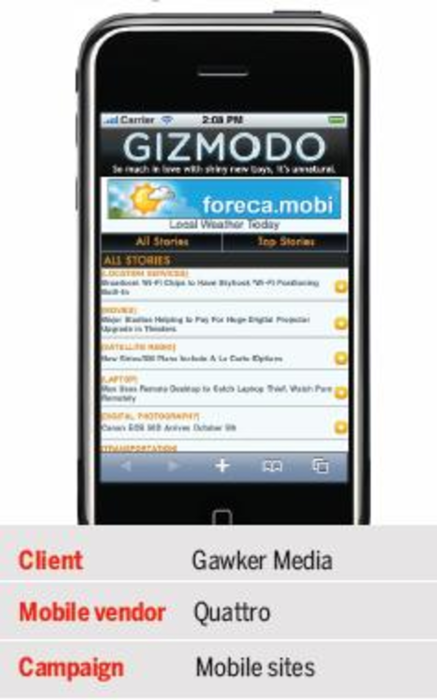 Spending on direct mail in the United Kingdom fell 7.2 percent in the first three months of the…