Shakespeare called brevity the soul of wit, but no one ever described it as an effective sales tactic.

In fact, successful sales people have long extolled the maxim: “The more you tell the more you sell.” The longer you talk to a prospect, face-to-face or on the telephone, the greater the chance for a sale. The more product information a direct mail recipient reads, the more likely that person is to become a customer.

Nevertheless, the 30-second television spot has survived and prospered for more than half a century.

As we enter a new century, however, the fate of short form commercials is questionable at best. The confluence of technological advances, an enlightened advertising community and modified consumer viewing patterns point to the demise — and eventual extinction — of these intrusive messages. In their place will be elective advertising: television commercials viewers choose to watch, just as they now choose to watch infomercials, the forerunners of elective advertising.

Until the last decade, viewers had little choice but to accept the commercials that routinely interrupted their favorite programs. The '80s presented options in the form of the remote control device and the VCR. Today, nearly half of TV viewers zap all commercials.

An even more serious threat to advertisers is the advent of interactive television, which allows viewers to watch anything, anytime. Why would they watch commercials for Coke, Crest, Ford and McDonald's? The answer lies in the direction in which television advertising already is moving: from intrusive to elective.

* They are interested in the product and want more information before buying the car, appliance, electronic equipment, or other high-end, high-involvement item.

* They will be compensated for their time and attention by advertisers of low-ticket, low-involvement items such as food, cosmetics and packaged goods. Payment might take the form of product discounts, credit toward cable fees or airline mileage points, for example.

In either case, the programming itself must attract and retain audiences or they will turn to one of 499 available options. The attraction/retention factor is not a problem in 30-second spots that simply aspire to a momentary emotional image. But how do you entice viewers to watch your long form commercial and how do you maintain their interest?

Some answers can be drawn from successful infomercials. Audiences watch these five- to 60-minute infomercials because they want to, not because they have to. Never intrusive, the informative and entertaining long form ads appeal to the viewer's desire for product information, at the same time generating direct response sales as well as retail demand for Fortune 500 companies and obscure products alike.

While infomercials are the ideal training ground for elective advertising of the 21st century, interactive TV commercials will not run 28 1/2-minutes or 30 seconds. Rather, a product will likely be presented in several chapters of up to eight minutes each. Viewers may select chapters that spark their interest — and keep them tuned. Chapter headings in an automobile promo might include luxuries, engine specs, models, safety features, interior and options.

The challenge to the creative community is how to bring people in, keep them watching, and speak to them on emotional and rational levels. The key to persuasion in the interactive environment is the same as in an infomercial. The longer the viewer spends with your commercial, the greater the chance that person will become a customer. The more you tell, the more you sell.

The difference is the additional involvement interactivity provides. That is, the more someone interacts with your commercial — in dialogue, pushing buttons, selecting different paths — the greater the chance that person will buy.

Time and interactive participation can be a powerful combination in the success of future advertising, particularly when it persuades consumers with convincing logic.

Fragmented, broadcast TV still is the most powerful medium for mass communication, however. In fact, by the year 2010, interactive households may comprise only 30 percent of the nation; the remainder will still utilize linear and analog television sets.

The 30-second spot has financially supported broadcast television for 50 years; it won't die suddenly. The shift to the interactive environment will be gradual. The 30-second spot may play at the top of your Web site, but software programs will be available to eliminate even that intrusion, and, if desired, other advanced tools will help eliminate all forms of advertising.

Some day we may never have to watch another commercial again. Unless we choose to. 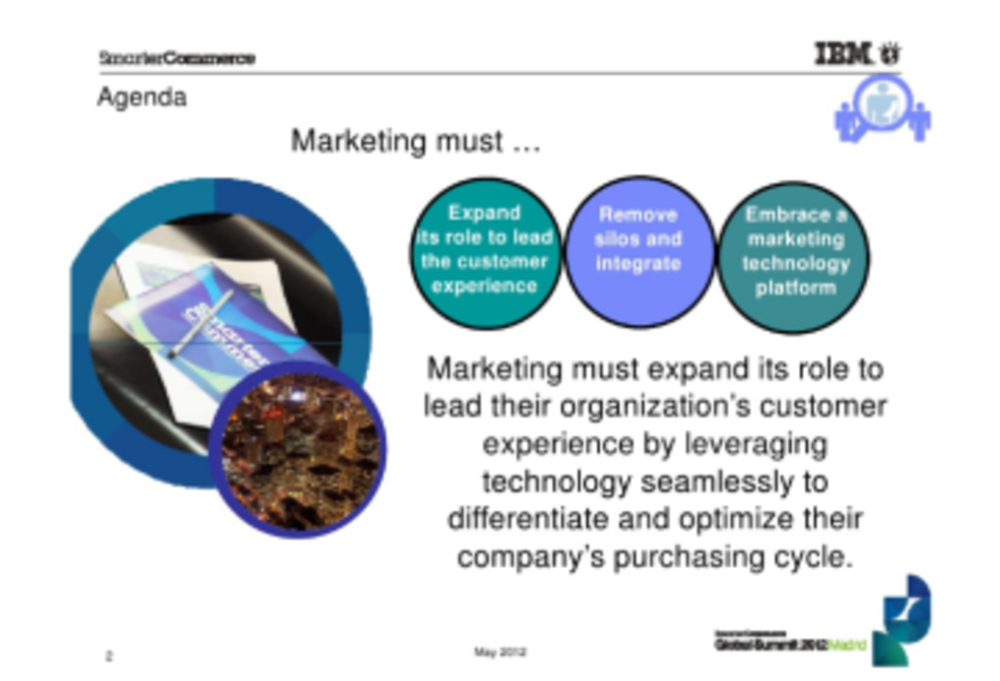 While 85% of marketers acknowledge the need for an integrated suite to analyze customer data across multiple channels,…

Through a special arrangement with TruePoint Inc., Legal Services of Northern Virginia has automated its call center for…