After poring through untold, mind-numbingly dull and repetitive legal documents relating to postal issues as a regular part of my job, it’s refreshing to see that white-glove Washington lawyers can throw down as well as Beyoncé and Solange—or even Darrell Issa and Elijah Cummings! Both the U.S. Postal Service and the Alliance of Nonprofit Mailers have appealed various aspects of the Postal Regulatory Commission’s (PRC) exigent rate decision, and last week both parties filed briefs on the matter with the D.C. Circuit Court of Appeals. In both cases, the white gloves were off.

The glaring bone of contention: USPS feels it’s entitled to its exigent increase in perpetuity; mailers feel that the Postal Service should have no increase at all.

Mailers are of the opinion that the Post Office should have taken into account the Internet’s drain on its revenues and adjusted to it years ago through downsizing. The Postal Service holds that the Great Recession—the exigent circumstance that delivered it the 4.3% rate increase—forced cash-strapped citizens away from the mails and onto the Web.

The USPS brief calls the mailers’ exigency argument “absurd,” and charges that they are “flatly wrong to suggest that the U.S. economy has recovered from the Great Recession.” The mailers retort that the Postal Service’s “permanent loss” hypothesis suffers from a “gaping absence of proof” and that the PRC was forced to put a two-year/$3.2 billion (whichever-comes-first) limit on exigency “by the USPS’s failure to propose any other alternative recovery period (short of forever).”

Mailers say that Postal Service executives gambled on an all-or-nothing litigation strategy in their original exigent petition to the PRC and lost. They argue that, minus a defined timeframe for recovery, postal regulators could have sent them home with no increase at all. Buck it up and take what you’ve been given, is the mailers’ attitude.

The Postal Service brief claims, however, that PRC made it clear in an earlier order that USPS would not be required to quantify the recession’s impact with absolute precision, but with credible proof. So the Postal Service employed the volume forecasting methodology it uses for its business forecasts and concluded that it lost 189.7 billion pieces of mail and $25.7 in revenue between 2008 and 2012. It meekly asserts that all it was asking for was a $1.78 billion per year payback—a little over $7 billion. Instead, it got stuck with what it obviously considers chump change.

“The Postal Service’s models showed that it had lost $7.7 billion of contribution due to the recession in 2012 alone,” reads the USPS brief, “but the Commission allowed it to recoup just $2.8 billion for the entire recession.” The italics belong to the Postal Service lawyers. They are not amused.

The Postal Service says it was looking for recompense for 2008-2012 (the recession officially ended in 2009), but then ascribes blame to the downturn for causing “pronounced shifts” in consumer behavior and asserts that it continues to have “ongoing negative impacts on mail volume.” (Again, italics are theirs.)

Mailers point out that USPS saved $14 billion in annual expenses from 2008 to 2012 through work hour reductions alone, and suggest that postal executives continue down that road instead of morphing into exigency highwaymen. “The necessary premise of the USPS’s perpetual loss hypothesis is that the USPS can never shed costs enough to offset volume losses. This is nonsensical,” sniff the mailers.

Which case makes the most sense will be determined by the D.C. Court of Appeals at summer’s end. Oral arguments are scheduled to begin on September 9. 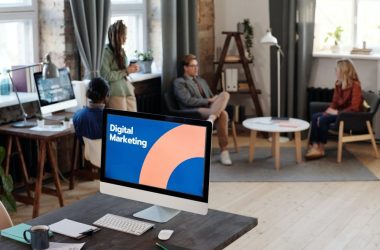 How Businesses Are Using Different Types of Marketing

Over the last decade, the landscape of media and brand response marketing has changed dramatically by using different…