Big Data is changing the world in ways that are both interesting and terrifying. As marketers accumulate more data, they shoulder more responsibility and should consider the ethical ramifications of taking action on that data. But one question remains for marketers: what’s considered ethical use of customer data?

Surdak, who is also an information management consultant, talks data growth, the internet of things, and explains where the boundaries exist in contemporary direct marketing.

How fast are companies collecting data these days?

A lot of the numbers we’re seeing thrown around suggest company customer data will double every 18 months or so. However, according to a lot of the businesses that I talk to, it’s not every 18 months. It’s more like every 12 months, maybe even every nine months, and it’s accelerating. It wouldn’t surprise me at all if we saw data growth doubling every six months within the next couple of years, as more and more people and devices get connected to the Internet. It’s not the fact that it’s doubling so quickly. It’s that the rate of growth is accelerating that I think is intimidating.

Where do you see things going, as we move closer to harvesting the “internet of things?”

By 2020 there’ll be about one device sending data to the Net for every square meter of surface area on the earth. That’s something like five or six trillion devices. The amount of devices out there watching us will increase dramatically over the next five or six years. We’re going to take that as normal. People are going to think it’s normal for their toothbrush to measure how long they are brushing their teeth. It will send that data over the Net. That will be normal.

Is that what you mean by “socialfication” in your book?

Socialfication is this idea of clicking “Like” or friending someone. I make the jump in the book that in literally two or three years, when you buy a new refrigerator, it will first ask for access to your home Wi-Fi. Then it’ll ask to be your friend on Facebook. You will be friends with your fridge. You will be friends with your microwave, and they’ll start communicating with you. This idea of liking things—of connectedness—will be pervasive throughout our lives.

What about the ethics involved in something like that?

The ethical and legal issues behind this are tremendous. The thing that scares me is that at no one’s reining in Google, or Apple, or HP. I think the NSA will be reined in at some point because so many people are talking about it. No one is reining in these companies that are commercially collecting, using, and analyzing this data. They use it however, and whenever, they want to, and we cannot opt out. I find that tremendously intimidating. Knowing what I know about how we can manipulate people’s thoughts— combined with all of this— is scary. Technology has no morals. Technology just is. How we apply the technology is the real question that we need to be asking.

Is it unethical to commercialize data?

It’s a tough question. These companies aren’t doing anything illegal because there are no regulations against it. Ethical versus legal is out the window simply because no one has regulated this [collection and use of data]. If you’re walking down a New York street, and you pass a Starbucks and end up buying a drink—even though you weren’t thirsty—was Starbucks’ marketing unethical? That’s what we’re doing, making you buy stuff when you didn’t want to buy it, or you didn’t need it. Is that ethical? I struggle with the morality here. We’re getting better and better at psychological profiling of customers to make them believe they wanted something that they really didn’t.

Consumers volunteer a lot of data, but can’t they just ignore marketing or opt out if they start to feel uncomfortable?

We’re so good at modeling and understanding behavior. What’s happening now is that we’re starting to model the absence of behavior, which is even creepier. The customers may be creeped out, so they stop behaving in certain ways. But that’s what we’re looking for. Now I can look at why you stopped a behavior and can understand you more deeply. The more you try to get out of this rat race of constant analyzing the more interesting you become.

Dell creative up for review

AdAge reported today that Dell’s creative account is up for review. Handled by Dell’s agency of record WPP… 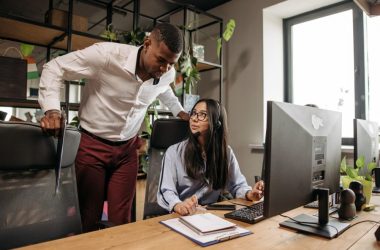 Sales Compliance: Why It’s Important for Your Business

Making important decisions using data can be difficult. Therefore, it pays to know how to make those decisions…