NEW YORK – How to engage customers and products, was a key theme discussed at the Future of Information Summit ’07 presented by Experian.

The summit, which took place on Jan. 18 at the Waldorf-Astoria here, featured presentations focusing on innovative approaches to integrating information to better understand and reach consumers.

“Why are we spending a million, tens of millions, hundreds of millions on marketing communications?” asked David Berne, senior vice president and direct of strategic planning at RPA in his presentation. ” I’d like to suggest that we are trying to influence somebody.”

RPA, Santa Monica, CA is one of the largest independent advertising agencies based on the West Coast, with more than $1 billion in billings. It is a customer of Simmons Research, an Experian company and part of Experian Research Services.

Mr. Berne said that marketers today influence people differently than how it was done in the 1950s, when companies tried to use rational messages to persuade people to do something.

“We thought emotions were more powerful ways of influencing and motivating behaviors versus reason, so what we tried to do with marketing communications was connect emotionally,” he said.

Now, he said, marketers are talking about the next phase in marketing communications: engagement. But what is the difference between engagement and connecting emotionally?

“It’s a lot about power,” Mr. Berne said. “We all know the consumer has a lot more power today, and what engagement does is recognizes that power of the consumer and shares the power between marketers and consumers. It also allows consumers to have a voice in the creation of the content and the choices they make.”

To illustrate this point, Mr. Berne discussed the integrated, multimedia, somewhat quirky, Honda Element campaign, dubbed “Element and Friends” that was developed in the fall of 2005 by RPA.

The campaign, which included print, TV, outdoor, interactive and events, was designed to introduce the unique attributes of the four-year-old Honda Element.

A key feature of the campaign was the “Element and Friends” island at www.elementandfriends.com , which enabled visitors to drive the vehicle around a digital island while interacting with a crab, platypus, possum, burro and rabbit, each of which shared a feature with the Element.

Cost-efficient keywords like “funny video,” “possum” and “platypus” were targeted, and clever text ads were used to drive traffic to the Web site. At the “Element and Friends” microsite, visitors averaged more than 15 minutes per visit and there have been nearly 1 million visitors to the site.

The campaign also included a MySpace page, blog entries and video downloads on YouTube, which allowed people to engage further with the campaign.

Users uploaded m ore than 1 million YouTube video views of various “Element and Friends” videos. Sales were also up 4 percent, and the company did not have to use sales incentives to get people to buy the cars.

Why did the campaign work?

“We believe very much that [the reason for its success was that it created] a dialogue,” Mr. Berne said. “We found out what was interesting to people and we built on that, which made the campaign more engaging.”

Ms. Pepe said in the current environment digital video recorders, product integration and branded entertainment are being used regularly. She said it is more important than ever to show advertisers, buyers and planners that viewers are engaged with television programs on A&E’s networks when trying to sell advertising space.

In order to quantify ROI, both internally and externally, “we have to focus on engagement,” Ms. Pepe said.

To do this, Ms. Pepe said A&E turned to Simmons Research and a pilot test of its Multi-Media Engagement Study last summer. The study offers a syndicated measurement system that provides ratings of the qualitative and emotional value of consumers’ involvement with media and how those involvement levels impact brand advertising.

Simmons said it developed this measure of engagement to help marketers meaningfully communicate with the consumer. Brand advertising, as well as the media environments supporting that advertising, must resonate on key dimensions that result in an “engaged” prospect or customer.

With this, “Simmons is giving us a qualitative aspect with ways to support what we already know from Nielsen,” Ms. Pepe said. “Up until this point, Nielsen is telling us what people are doing, but we haven’t had the opportunity to talk to people to see if the numbers really represent what it is that they are actually doing.”

Scores range between 100 and 500, with 500 representing the highest possible score for any dimension.

Ms. Pepe said that key findings from the pilot included the fact that the A7E network over-indexed the ad-supported cable average on personal connection, and near and dear.

These dimensions asked people to respond to statements such as, “I am an avid fan of this program” or “This program is a regular part of my regular schedule.”

“These are the kinds of statements that we are not able to get by using the Nielsen data,” Ms. Pepe said. 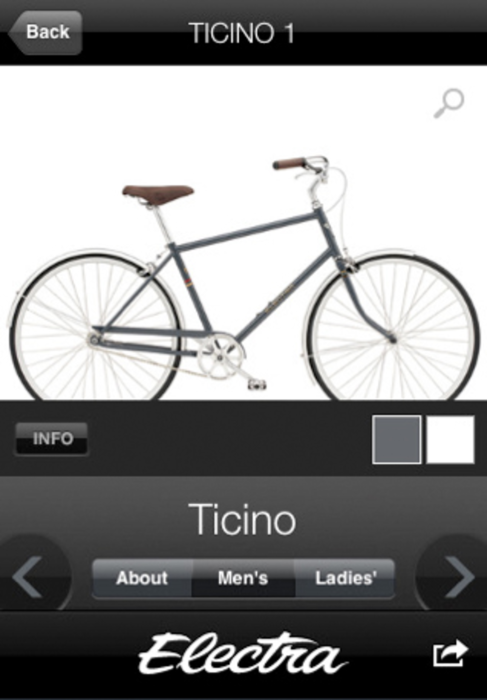 Electra Bicycle Company is conducting a digital campaign, including e-mail and social media, to promote an iPhone application…

Zoomsearch, Silver Springs, MD, later this month will launch Zoomsearch.com, a directory of independent professionals. The site will…

A U.S. Postal Service spokesman said that the agency most likely would file its next rate case with…