Email Subject Field: Boy, did we mess up!

That’s not a message marketers ever want to send, but with the frequency—and speed—in which we email, we’re bound to blunder.

“There are at least 107 ways an email can go wrong, any of which can alter its original intention,” says Andrew Kordek, cofounder of strategic email marketer Trendline Interactive. “Like us, prospects scan and delete badly written emails without a second glance.”

And thanks to social media, frustrated consumers can brandish a company’s messed up missive. “If your mistake goes viral,” says Katrina Conn, VP of marketing services at StrongView, a cross-channel solutions provider, “one email’s ripple effect can be significant.”

Yet, we can learn from our mistakes—as have the marketers who’ve shared their stories with us. Here, they reveal their top 12 email nightmares and corrective measures they took when those bad dreams became reality.

“I’d made a rookie mistake after 10 years in the business,” Smith says. “So, I sent an apology email for my ‘stupid’ gaffe and explained, ‘Here’s why it’s important to validate your list attributes before you send out content.’ Not only did I get lots of feedback, but they thought it was funny and busted my chops,” he says. “Weirdly, my gaffe strengthened my relationship with these guys.”

Yes Lifecycle Marketing also erred trying to send personalized greetings, learning seven of its recipients had been greeted as “Hello NULL,” despite a fallback code that should’ve written “Hello, there” for recipients whose first names were unknown, says Linda Vetter, marketing VP at the cross-channel services provider.

“They’d been entered into our database with ‘NULL’ as their first names,” Vetter says.  “We corrected this and emailed a brief explanation with a quip in the subject line: ‘You were never a NULL to us!’”

OUTCOME: CakeMail not only has two people validate and test every email, but also incorporates a feature that allows for easy testing personalization before sending. A pull-down menu shows how each individual’s version will look. Yes Lifecycle Marketing regularly reviews its database to correct inaccurate subscriber information, rather than rely solely on backup code.

GAFFE: We sent a gift offer a week after it expired—and the correction made matters worse.
WHAT HAPPENED: A major discounter emailed a “really great offer” to rewards and non-rewards program members, for not only an extra percent off, but also a free gift (a pillow) in-store. Unfortunately, the retailer sent it to StrongView’s Conn a week after the sale ended.

Fifteen minutes after the original post, the retailer sent a follow-up with the subject line “Oops, we made a mistake. Here’s the correct email,” Conn says. Some folks received the second email, but not the first.

Those opening the second post found it specified the percent off, but made no mention of the freebie or if the offer was in-store only. Thus, the discount chain further erred by not noting the mistake or whether discounts applied to in-store or online points-of-sale.

“Some people probably went back to the previous email to see if they’d missed out on an opportunity,” she says. “They may have tried to fulfill an invalid offer.” As Conn notes, customers “wound up irked, and less trusting of the brand.”

TEACHABLE MOMENT: Don’t assume that regularly sent posts remain current. Review every detail before hitting send and make sure that corrections are clear and specific, Conn says. “A diligent quality assurance process would have caught all these errors.”

OUTCOME: StrongView’s QA team reviews content—even of weekly and automatic offers—one last time before sending it first to a small feed, so an extra set of eyes reviews it, Conn says. Only then are promotions broadcast widely. And should StrongView blunder, it will specify their mistake in corrections.

GAFFE: I followed my client’s gut, not my testing.
WHAT HAPPENED: Years ago, Trendline Interactive’s Kordek painstakingly developed a new form of campaign. Then the firm tested new and old styles. “Lo and behold the other (older) version wins, to everyone’s surprise,” he says. The clients decided the results had to be a mistake, and went with the newer one. It bombed.

TEACHABLE MOMENT: “Numbers don’t lie,” Kordek says. “Listen to your customers and trust your data, even if it goes against every fiber of your being. If subscribers tell you they’re more engaged in the control version, go with it even if it isn’t your preference. Sometimes ugly wins.”

OUTCOME: Kordek heeds testers’ input. “What’s the point of doing a test if you’re not going to listen to the results?” he says.

GAFFE: No one was signing up for our deals.
WHAT HAPPENED: A new client asked Kordek to determine why his list wasn’t growing despite new efforts to encourage sign-ups for newsletters and deal emails. Kordek reviewed the firm’s process and found a small but key IT change to the website seven months earlier that routed sign-ups into a phantom hole in the database. “People were signing up, but the desired experience wasn’t happening for them.”

TEACHABLE MOMENT: Assume nothing works and review every step before a launch. “S*** happens, so be aware of it,” Kordek says.

GAFFE: I offered the wrong contest prize.
WHAT HAPPENED: “Brandvocate” firm Publicis Kaplan Thaler emailed a mobile handset maker’s 500,000 VIPs, inviting them to play a Facebook game and become eligible for prizes. The subject line beckoned, “Enter to Win a New X.” (Prize not specific to protect the client.) If only. Unbeknownst to PKT, at the last minute the client’s senior management changed rewards due to inventory shortages. “Word came to us after the email was delivered,” says Danny Flamberg, EVP, managing director of digital strategy and CRM. “There was a holy s*** moment. Within 24 hours, PKT sent a follow-up email with the subject line ‘Corrected Prize Info.’” To Flamberg’s surprise, the open rate rose from 19.4% for the original pitch to 22.3% for the second.

TEACHABLE MOMENT: “Our secondary responders (there was only a 55% overlap) were motivated by curiosity,” Flamberg says. “They effectively expanded the reach of the campaign by 45%, and the resulting game play was two times greater than we’d forecast.”

Looking for the complete PDF?

GAFFE: I triggered spam filters.
WHAT HAPPENED: Eric Marcy, VP of demand generation and marketing operations at software creator SAVO, realized some of his emails were diverted as trash.

LESSON LEARNED: “Spam filters are becoming smarter, so you have to avoid trigger words and actions,” Marcy says. “Plus, people are more likely to delete than open an email with an over-the-top subject line.”

GAFFE: I messed up basic grammar in my pitch.
WHAT HAPPENED: During 14 years as an email marketer, “I’ve used wrong punctuation and run-on sentences, which got through,” Trendline Interactive’s Kordek confesses.

TEACHABLE MOMENT: “There’s no substitute for good copy writing,” he says. “Things we tend to overlook, such as spelling, are the most important.”

OUTCOME: Take time to proof every single message. “Hiring a good QA person is critical,” says Kordek, who has two such “anally retentive” gems at Trendline. “We strive for 100 percent error-free rate and are running at 99.7 percent.”

GAFFE: I gave a response email address for someone who was unreachable.
WHAT HAPPENED: Early in Kordek’s career he created an email program for a customer-focused CMO who insisted that replies be directed to his personal email address. “We warned him, customers will hunt you down.” A targeted pitch went out worldwide to perhaps 100,000 customers and the CMO happened to be out of office that day. “People replied thinking they’d reach him, and instead their emails bounced back with his out-of-office automated email. As a result,” Kordek says, “recipients thought ‘Why did this clown send an email when he wasn’t there?’”

TEACHABLE MOMENT: Run fail-safe measures until the last minute. “Some nuance you never thought of might go wrong,” Kordek says.

OUTCOME: The day Kordek hits the send button, he runs a final check of every detail.

GAFFE: I received a promotion at the worst time possible.
WHAT HAPPENED: Thirty-two travelers died when the cruise ship Costa Concordia sank off Italy’s Tuscany coast in 2012. A week later the cruise company emailed prospects, including Joe Stanhope, SVP of marketing at cross-channel marketing provider Signal, the chance to book a seven-night cruise on that very ship. No doubt, the pitch had been pre-scheduled and Costa was so focused on public relations that it failed to cancel the promotion.

GAFFE: I promoted a sale for merchandise that wasn’t available.
WHAT HAPPENED: A StrongView client didn’t check inventory before broadcasting a deal. “They didn’t realize the campaign would do so well,” StrongView’s Conn says. “Success can be a blessing—or a curse if you can’t fulfill it, and risk losing loyal consumers.”

OUTCOME: StrongView asks suppliers to check their ability to meet demand. Should merchandise run out, StrongView reinforces the popularity of targeted follow-ups: “‘Sorry! Our offer was so good, we ran out of inventory,’” Conn says. “Then offer comparable deals on comparable items.”

GAFFE: I turned off prospects with verbose, vague subject lines.
WHAT HAPPENED: Four of five emails are seen on mobile devices, according to HubSpot. Readers tend to make faster judgments when triaging email on mobile. SAVO’s Marcy realized that he lost clicks due to pitches starting with product names or industry jargon, rather than information about clients’ needs.

LESSON LEARNED: Customers scan emails and will delete them if headers are vague or fail to address their concerns.

OUTCOME: With only a split second to seduce, “we keep subject lines crisp and clean with four to eight words,” Marcy says. “We test subject lines among ourselves, then beta test before sending to a broader audience.” Email bodies are clear and focused on the target audience’s needs.

“You want the prospect to say, ‘Let me find out what my peers are doing to solve this problem,’” he says. “Then add something memorable: a quote, humorous one-liner, or statistic that’ll get them to forward the email.”

GAFFE: I sent the same email three consecutive months, instead of updating it.
WHAT HAPPENED: In the early days of CakeMail, Smith’s marketers forgot to check whether recurring campaigns were updated.

TEACHABLE MOMENT:  “Don’t assume someone else is taking care of the task of updating recurring content,” Smith says. And remember: When you’ve got multiple people working on a project, all it takes is one who didn’t click save or update their work for it to go wrong.

OUTCOME: At least two CakeMail marketers verify each message, even automated ones. The firm also began sending a monthly newsletter to reduce repetition.

“These things happen,” Smith says. “It’s a question of when, not if. Too bad you can’t recall emails without anyone knowing. Once you hit send, you can’t get it back!”

Looking for the complete PDF?

E-mail delivery is intrinsic for online auction site eBay. The site is one of the top five sends… 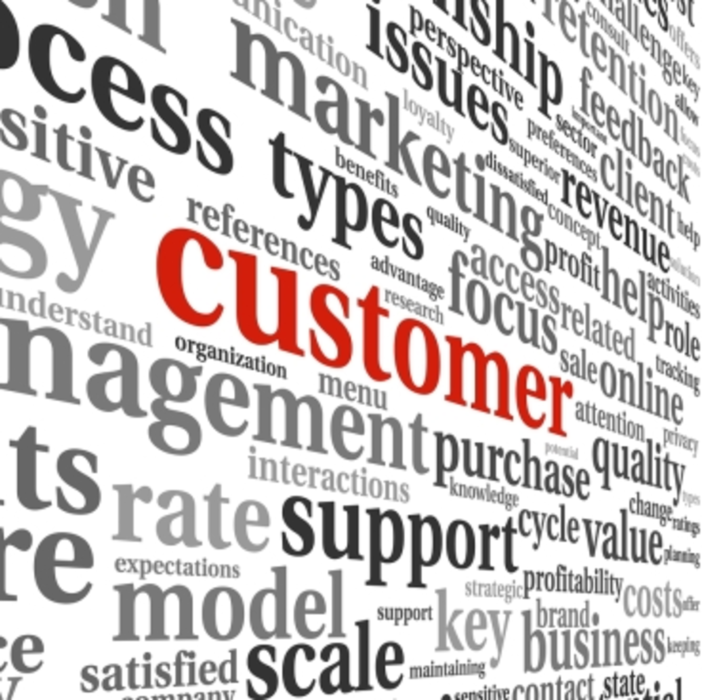 We all know that customer expectations are continually increasing. Knowing exactly what experience customers expect in terms marketing…

“You have to take a math test,” Julia Spano said brightly. “Even sales people take the test.” I…