Where's Larry “Bud” Melman? A contest by EarthCam.com has resulted in e-mail from hundreds of people saying they've spotted him in Webcasts from around the world — even though he has yet to appear.

The contest spoofs the popular “Where's Waldo?” series and will award a $25,000 Webcasting system to the first person to spot Calvert DeForest, who played Melman on “Late Night With David Letterman.”

The contest is designed to promote EarthCam.com, which provides content from more than 6,000 Webcams worldwide. DeForest will appear in a scene from one of its MetroCams.

EarthCam draws most of its revenue from syndicating the video content from the MetroCams to sites such as Yahoo and Weather.com. The rest of the revenue comes from advertising and from renting and selling Webcasting equipment and software through its online store, WebCamStore.com.

“This is just great fun, and people are really getting into it,” said Brian Cury, CEO of EarthCam.com, New York. “Everybody remembers Calvert from 'Late Night' and it's a great way to bring people to the site, familiarize themselves with us and be able to win a terrific prize. People also get a sense of the site as being a fun place to drop by and use the MetroCams, and who better could communicate that than Calvert?”

DeForest had previously worked with the site, reprising his “Late Night” man-on-the-street interviews during EarthCam's New Year's Eve millennium celebration from Times Square. The contest idea sprang from that event.

“I think it's great,” DeForest said. “I am more recognizable than anybody else. How could you get a better celebrity than me?”

EarthCam is doing little outside of marketing to support the promotion, relying on word-of-mouth, the press and regular banner ads on Yahoo to push traffic to the site for the event. Cury said that as the promotion continues through the end of the month he would consider placing banners specifically highlighting the contest.

The event also is being promoted on DeForest's site, www.calvertdeforest.com, and through a pop-up window driving EarthCam's 100,000 unique visitors a day to other Webcams to get daily clues about where DeForest might appear.

“Webcasting affords us the ability to have these types of promotions,” said Cury. “We know people love to come and watch the Webcams and by throwing in a character like Calvert, it adds a good sense of humor to the site and makes it a more welcome place for people to come. That's the point of the promotion — to highlight the MetroCams and enhance our reputation with that of a really funny, recognizable and likable talent.”

The patriotic feeling sweeping the country since the Sept. 11 terrorist attacks and the resulting display of U.S.… 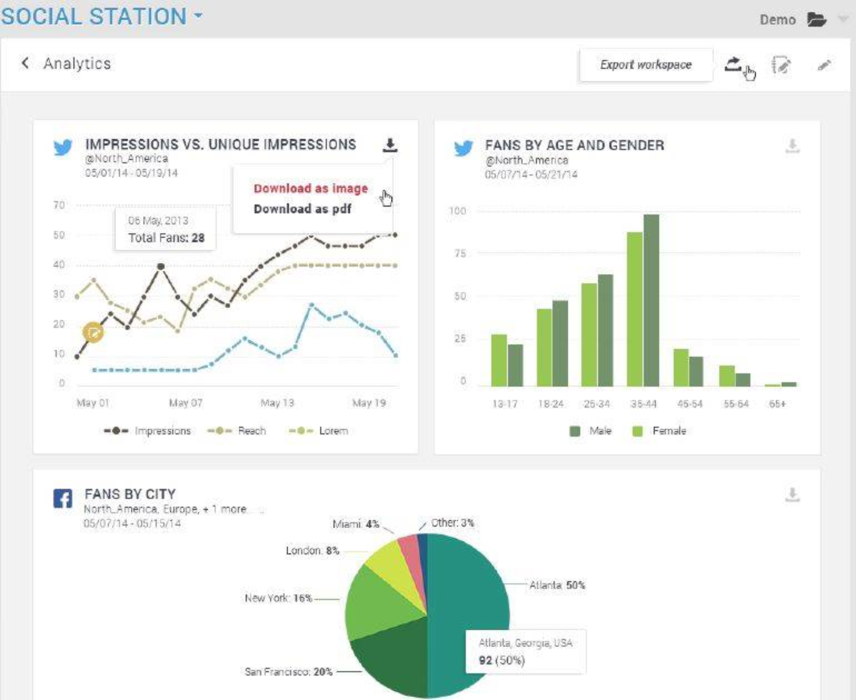 Taking a page from its marketing cloud rival Adobe, Oracle is launching a customizable analytics dashboard for its…