Direct response TV (DRTV), long used by marketers to drive immediate results, has typically been punctuated by phone operators who are standing by to take orders. Flouting convention, some marketers have been cutting out the call centers and use a Web address as the call to action.

FreeScore.com, a subscription service that lets users monitor their credit reports, launched a DRTV campaign featuring financial expert and TV personality Ben Stein. The campaign’s only call to action is Freescore.com’s namesake URL — there is no 1-800 number to call. R2C Group produces DRTV ads for FreeScore.com.

Philip Sandler, VP of marketing for Adaptive Marketing, an affiliate of FreeScore.com, says the exclusive drive to the Web offers “the best combination of an effective response vehicle and trackability.”

“A few years ago we would have been really fearful to do [a URL-only call to action],” said Tim O’Leary, CEO of Respond2, a unit of R2C Group. “Now having a pure Web campaign isn’t unusual at all.” He estimates that 5% to 10% of the campaigns R2C Group creates on behalf of clients drive only to the Web.

When there’s no 1-800 number, there’s obviously no need for a call center, which O’Leary says can save money and time that would have been spent developing telemarketing scripts and tracking capabilities. This is a perk in a down economy.

DRTV in general is highly measurable, another perk for marketers. “Direct response in the down economy has been very strong because of its measurability,” says Sandy French, CEO of Northern Lights Direct Response. “If you’re a C-suite executive and your agency can’t tell you the effect your ad dollars are having on your bottom line, that’s a real cause for concern. That’s where [DRTV] plays a big role.”

The medium also tends to be an efficient buy for marketers, who can often buy remnant broadcast space at a discount for these ads, which can be long form (typically 30- to 60-minute programs) or short form (30-, 60- or 120-second spots). It is no surprise that spending on DRTV is expected to grow 5.3% in the next five years.

The Web, Sandler notes, allows consumers to seek information and start the buying or consideration processes in a “non-sales confrontational way.” He says it alleviates the pressure and anxiety consumers may have about being pressured by a telemarketer.

This is one of the reasons experts say the Web is becoming an increasingly important part of the marketing mix, especially in conjunction with DRTV. More people search online before calling a 1-800 number.

“People are doing research, reading blogs and searching for information about products, which has really changed the industry,” says Sandy French, CEO of Northern Lights Direct Response, a DRTV agency. “Now, people are getting messaging about that product from peers and other outlets and not just directly from the marketer.”

One marketer agreed. “Consumers are taking longer in the consideration cycle due to the economy,” says Greg Bandler, SVP of sales and marketing for Canadian Home Income Plan (CHIP), a reverse mortgage provider for seniors that has been doing DRTV for about 23 years. It works with Northern Lights.

Even though CHIP is being marketed specifically to an older group of consumers, French notes that its audience is increasingly online. “One might think, ‘These are seniors, they don’t have computers,'” he says. “This is not the case at all.”

Not only is this older age group gaining confidence with technology, but so are their children, who are purchase influencers.

“Most people go to the Web for their starting point of information,” French continues. “Sure, we may lose a little control over the source of the leads [vs. only having a 1-800 number], but overall our sales increase when we integrate both media.”

In addition to impacting how much consumers are willing to spend, the economy has also heightened the public’s awareness of the need to have their financial histories in good shape, says O’Leary.

O’Leary says that financial products and services are a major vertical in DRTV today because people are much more in tune than ever before to their credit worthiness. “Credit limits and interest rates are changing,” he says, “We’re trying to educate people as to why they should be concerned with their credit scores and the importance of monitoring them.”

When it comes to tracking, there are various ways that marketers can distinguish where their leads are coming from, including having unique 1-800 numbers and URLs for each TV channel or geographic region.

“A big amount of traffic is always going to come from search,” she says. “It’s really important to get your keywords and tagging right and make sure you’re really integrated seamlessly.”

While integration is important, it’s also crucial not to waste dollars in a medium that’s not ideal for your target audience. “We live in a multichannel universe now, so you have to figure out exactly who your target is and how they want to receive information,” French says. “If your target audience is 18- to 25-year-olds, direct mail isn’t going to be the channel for them. But if you’re selling auto insurance to people over 70, you’ll want to be there.”

Marketing is nothing without a sale. Bradner says to make sure that your leads are actually converting. “Get people to opt in to an e-mail, keep the marketing ongoing,” she says, “Think about how you can enhance the lifetime value of that customer.”

Looking forward, Bradner says she expects to see an acceleration from traditional to more interactive advertising. “Direct response is going to be a component of all advertising, and integrated advertising plans will be the norm,” she says. 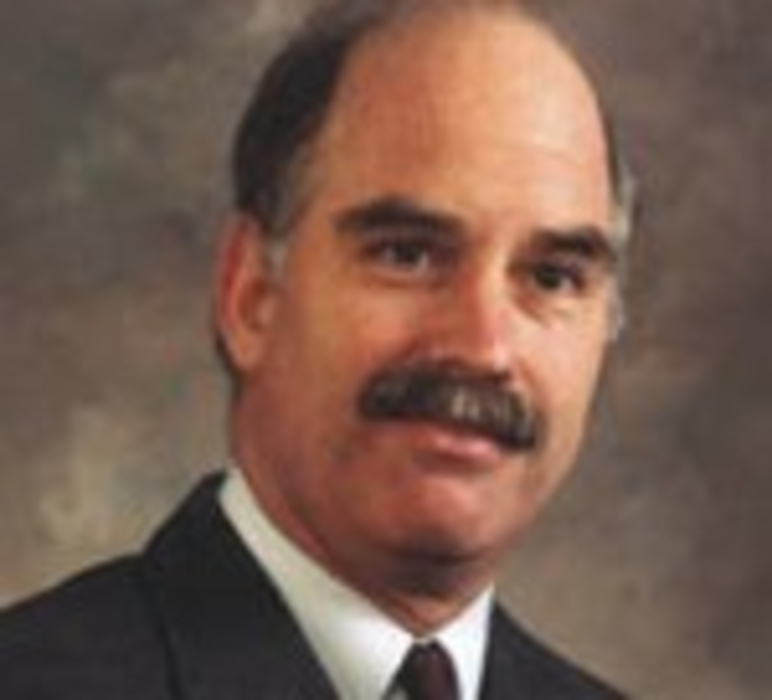 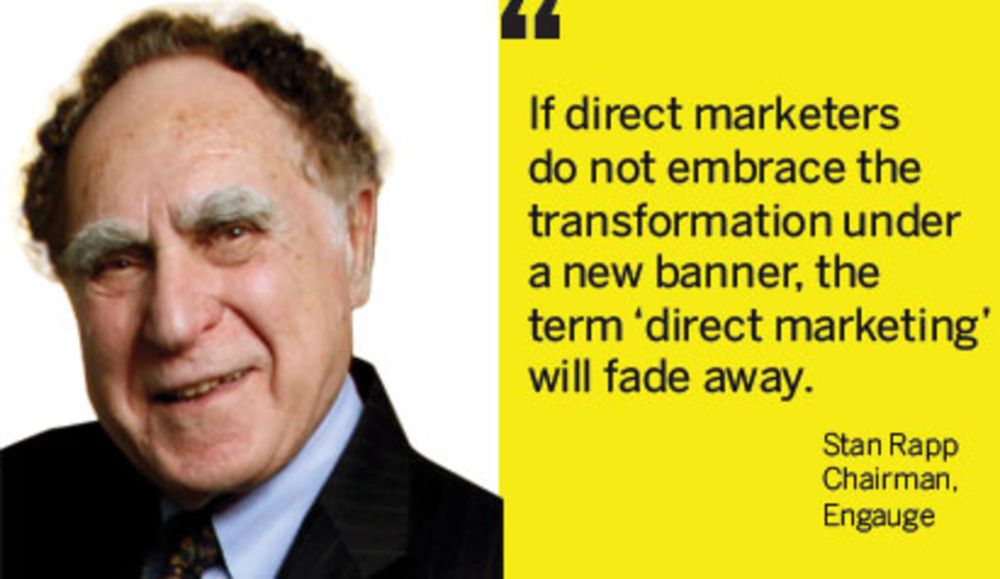 DM legend Stan Rapp discusses why the term ‘direct marketing’ may soon be extinct.  Q: What is the… 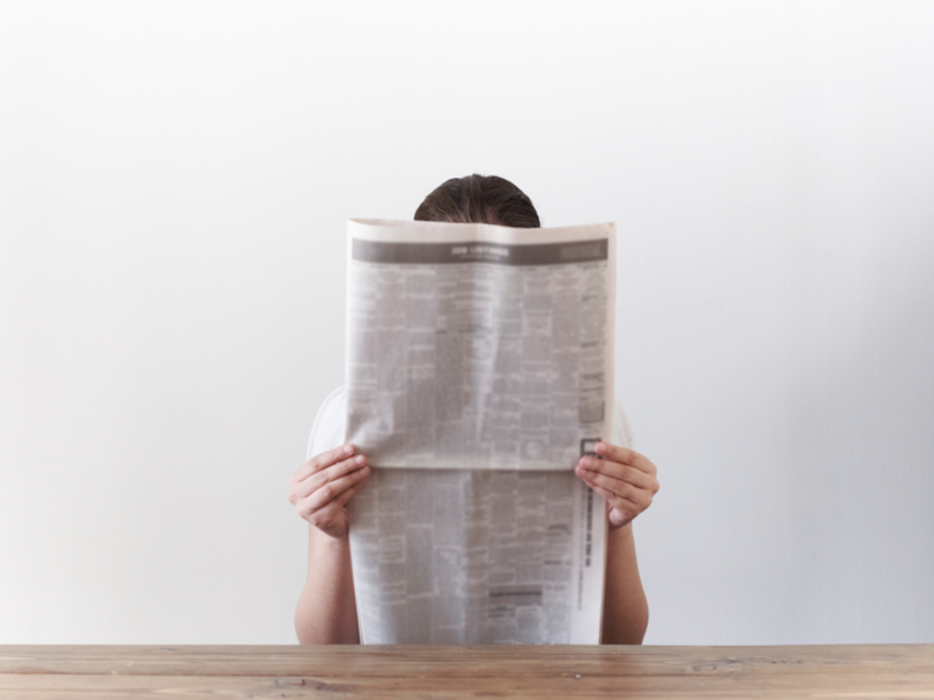