It’s been a fast food week here at DMN, apparently.

Completely licked in the fried chicken sandwiches category, McDonald’s is putting a fresh coat of paint on something they’ve already got: the classic egg McMuffin. In France, McDonald’s commemorated the advent of all-day breakfast with a short video. How it came about seems so old fashioned it’s almost antiquated: McDonald’s hired an agency.

It’s a few moments of soft, gentle happiness: egg yolks bounce happily against a pastel background while smooth pieces of bacon slide underneath, like a conveyor belt of crisp meat. You feel wrapped in an embrace of color and imagination like a nursery, but for food. It is a dreamlike video yet utterly persuasive. Eggs cascade down open tubes, but they land softly on some sort of springform material. Soft sound effects and unhurried music wafts up from the speakers. There is nothing to worry about, nothing to plan for, neither past nor future. Simply watch the process of breakfast being born with utter efficiency and grace. The film reminds me of the mini animated films that precedes all Pixar movies: an artistic appetizer, priming you to enjoy the product, whatever that may be. It’s marketing through art. Highbrow art. Adweek called it “one of the most satisfying ads ever made.”

Yes, I know, they’re trying to hypnotize you into buying the damn breakfast sandwich. (My editor asked me if I was going to order one and get another bike messenger killed. I said no. I prefer breakfast sandwiches from pushcarts anyway.)

It’s too early to tell how this Oscar-bait mini film will impact the sale of egg McMuffins. It’s also a bit startling that McDonald’s would do something so conventional. Earlier this year I did a piece on McDonald’s acquisition of Dynamic Yield, which was both exciting and yet not entirely surprising. The biggest brands have the resources to purchase smaller, ambitious startups to meet their expanding marketing needs. So why the reversion to Mad Men-era tactics?

It could be a question of maturity. McDonald’s is a global company, embedded deep in the consciousness to some extent of nearly every country on Earth, like Coca-Cola. The universal golden arches couldn’t be any more recognizable. Nearly every child within American borders is indoctrinated into capitalist lore with a Happy Meal. So what now? How do you raise awareness of something that is everywhere?

Well, according to this French agency, you reimagine it. Eggs are no longer every day barn items from chickens, they are golden orbs in transparent bubbles that float away. Through the fluid innerworkings of mysterious machines, these globes turn into your breakfast. English muffins drop elegantly into slots to be perfectly toasted. Isn’t this lovely? Don’t worry about robots collecting your data. No need for fuss. Have breakfast, mornings not necessary.

I’m a little worried that people would watch the videos to calm their anxiety or to stave off boredom, instead of lining up for a sandwich. Marketing should prompt you to act, not fall asleep. Those perfect bouncing yolks evoke feelings of sleepiness, not necessarily hunger. But I could be wrong.

If you’re a marketer, and you’re churning out campaigns and obsessing over opening rates, it may behoove you take a step back. What kind of emotional response is your brand eliciting? Is it irritation? Pleasure? Calm? Sometimes a look at your brand conceptually and driving awareness through an abstract concept can be just as effective as microtargeting. People are imaginative. It’s okay to cater to that aspect of their lives.

The Monday Stack: Personalization is Not Always Smart 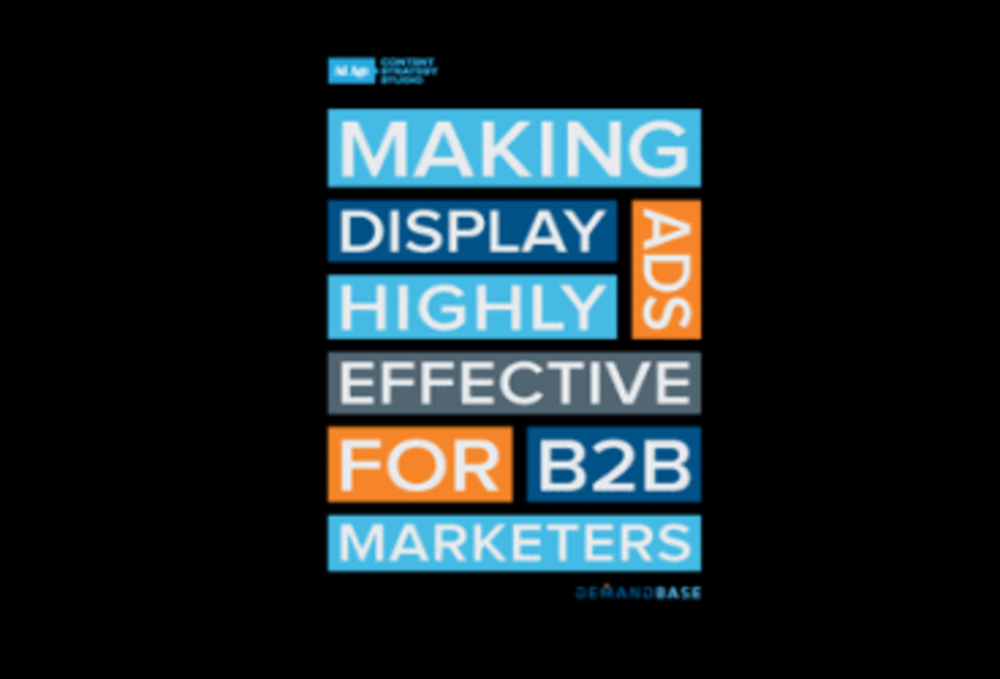