NEW YORK — It appears Internet ad serving company DoubleClick is drinking water from the same well as 24/7 Media. At forum after forum, both firms enthusiastically tout online marketing as an effective branding medium.

That was the gist of DoubleClick CEO Kevin Ryan's keynote session yesterday at @d:tech New York. Not only does online marketing affect awareness or positioning, it also shapes brand messages in the consumer's mind, he said.

Still, Ryan had a lament.

“To date, we've done a terrible job,” he said, castigating the Internet advertising world. “We should all take a wet noodle and slash ourselves on the back.”

At issue is the direct response characteristic of online marketing. Though ideal as a tool for conversion and retention, online marketing's accountability is a double-edged sword.

“The fact that we have direct response has clearly penalized the industry,” Ryan said. “The single most [thing that] the Internet advertising industry needs to do is see what the click rate is in other industries.”

A case in point, he said, would be to see the correlation between an ad in The Wall Street Journal and the resultant traffic to the store. Obviously, Ryan believes in parity of standards when measuring effectiveness of ads.

Another issue he raised was the current lack of an average measurable and quantifiable response across different ad units. But that has not prevented small and large gif and Flash skyscrapers, audio-based large rectangles and video-driven banners from being tested for their effectiveness.

Brands cited by Ryan as in the vanguard of these tests are British Airways, homestore.com and salonselectives.

“What is the translation of people seeing the ad and buying the product in a store?” Ryan said. “To date, the impact of Internet advertising is greater than anyone [can conceive].”

The findings were based on aggregated results for three brands across each online marketing tactic tested.

So the result, according to Ryan, is that online marketing works for branding. But marketers should note three things.

And whatever the gloom in the ad business, online marketing will only grow in the years ahead.

“There's no question in my mind, as we sit here, that five years from now there will be more Internet advertising,” Ryan said.

Of course, the industry must continue to make a case for Internet marketing and advertising. In a few years, Ryan expects online ads to be more impressive than television.

While Ryan was gung-ho on online ads, he thinks that e-mail marketing is quickly gaining favor. Even catalogers, those most traditional of direct marketers, are finding that they get a faster turnaround on e-mail.

Using data from Forrester Research, Gartner Inc. and the Direct Marketing Association, Ryan said e-mail had more advantages than hard-copy direct mail. E-mail, for one, has a faster response time: three days versus three to six weeks for direct mail. At 25 cents per e-mail, it was one-fifth the cost of a printed mailer. Moreover, e-mail's responses of 5 percent to 15 percent outperformed mail's 1 percent to 2 percent.

The use of opt-in and unsolicited e-mail is eclipsing other means of learning about e-commerce offerings. A recent NFO survey found that four out of five online shoppers have made a purchase as a result of e-mail.

As in traditional direct marketing, e-mail works best to communicate with existing customers.

“The No. 1 question people are asking is, 'How do I build up my inhouse list?' ” Ryan said.

Avenue A, a 3-year-old interactive marketing shop, has been named agency by GroupTrade.com Ltd. and by Financial News… 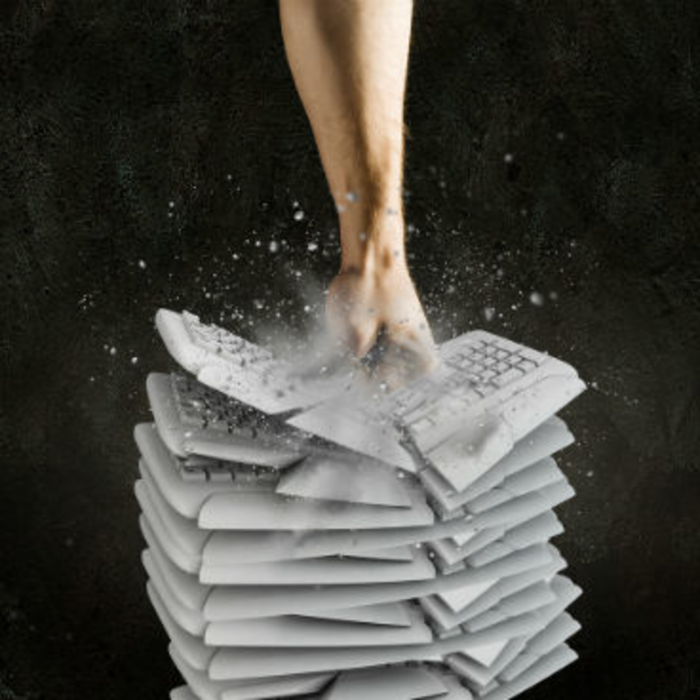 A global analysis of the stature of CMOs from IBM shows that their juice rising in the boardroom,…