“If you think money can’t buy happiness, you might not be spending it right,” Dunn said to the audience at HubSpot’s 2013 Inbound Marketing Conference in Boston.

Dunn argued that people can turn money into happiness by adhering to three core principles: buy experiences, make a purchase a treat, and invest in others. Marketers can apply the same statutes to their own agendas to give their customers a better overall experience and, most important, make their customers happy.

Dunn dove right into her three principles by asking the audience a hypothetical question: If the attendees won the lottery, would they rather spend the money on a house in the suburbs or on a ticket to space? While the house on the tree-lined street may seem like the more reasonable purchase, Dunn said the ticket to space may be the smarter buy when investing in long-term happiness.

“Study after study shows that people get more happiness and more lasting happiness from experiences,” she said.

In fact, people who don’t make an experiential purchase, like a dream vacation, tend to regret their decision more than those who do, Dunn said. Contrastingly, people who buy a material object tend to regret their purchase decision more than those who don’t buy. Dunn partially attributed this phenomenon to the notion that people compare products, such as whether the product worked or whether it’s the latest and greatest, which can lead to dissatisfaction.

“Experiences seem unique and they’re difficult to compare,” she said.

In addition to being unique, experiences often make compelling stories that people like to share with others. Dunn exemplified this idea by telling the audience that her Hawaiian vacation was the worst trip she’s ever taken because she was attacked by a shark.

“At least it was unique and it does make a good story,” she joked.

Virgin Galactic, the first commercial spaceline, is taking experience buying to new heights by getting future space travelers together at parties and launch events so they can share their experiences with each other, Dunn said.

“Experiences tend to connect us with other people while material things are often enjoyed alone,” she said.

Instead of focusing on a product’s material components, marketers should home in on how it will be an experiential investment for their customers. Hence, marketers have to convey how a product or service will be memorable, unique, and social. She added that framing a purchase as an experiential buy rather than a product purchase can help people feel more satisfied about their transaction.

Make it a treat

Today’s customers constantly want more, but giving in to their demands isn’t always the best option.

“Abundance is the enemy of appreciation,” Dunn said.

When brands constantly give, customers can lose sight of their products’ values. For example, Dunn cited a study where BMW drivers and Ford Escort drivers were asked to report their level of happiness when driving their cars to work. Although the BMW was the superior vehicle, both car owners reported the same level of happiness when driving to work. The drive had become so routine that the BMW drivers would forget about the car’s specialized features. However, the BMW drivers did report higher levels of happiness when they took their cars out for a leisurely drive because the drive became a an escape from the everyday.

Dunn also encouraged marketers to exercise scarcity marketing and only feature products for a limited time to motivate consumers to take action. For example, while many Groupon customers would prefer to have more time to use a deal, Dunn said that customers are actually more likely to use the deal if the it has a shorter expiration date.

In addition, Dunn said taking breaks from everyday enjoyments can revitalize consumers’ threshold for pleasure. In fact—and TV marketers are going to love this—she said that television commercials do just that. By breaking up the constant flow of content, commercials actually allow consumers to enjoy their programs more, Dunn said.

However, creating new and exciting experiences is also vital to revitalizing unhappy customers. For example, Dunn cited how Charmin was able to “turn waste management back into a treat”  in 2008 by transforming a porta potty at a local fair into an upscale bathroom complete with hardwood floors and a television.

Hence, if marketers want to give their customers a real treat they have to offer novel, disrupting experiences that will only be around for a limited time.

“Boredom can be a surprisingly toxic force,” Dunn pointed out.

“If you think money can’t buy happiness, try giving some of it away,” Dunn told the audience.

Granted, telling people who make a living measuring ROI to give their money away wasn’t the most common recommendation heard at the conference; however, Dunn said it can have big payoffs.

Dunn cited Coca-Cola’s Happiness Dispenser as a prime example of a brand that used the joy of giving as a way to engage with its customers. As part of the brand’s “Open Happiness” campaign, Coca-Cola built an ATM that dispensed 100€ to anyone who agreed to use the money to make others happy. The campaign took place in Spain during a time when the country was in the middle of a recession. Although not everyone followed the rules, a few consumers stayed true to their word and helped their community. The ATM drew media attention from around the world.

Hence, it doesn’t take a lot to make your customers happy. But putting in the effort to create unique, memorable experiences are sure to produce results the kind of results that are something to smile about.

If I take one lesson away from the National Retail Federation‘s 100th Annual Big Show, it isn’t that… 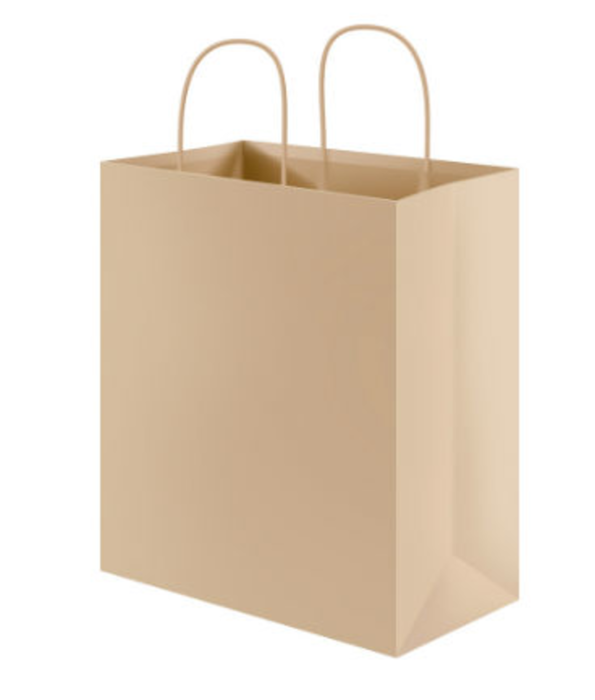 At some point or another we all shop. Whether it’s for toothpaste or ties, gadgets or golf clubs,…