Does Your Sales Team Have Happy Ears?

When selling times are tough there is an affliction that can strike even the most disciplined and experienced of salespeople. It descends upon them without warning and develops undetected until their late stage opportunities start dropping like flies out of the pipeline. It is often only then that it becomes apparent that their previously discerning, questioning ears have been replaced by “Happy Ears.”

While the Happy Ears syndrome is prevalent among new and inexperienced salespeople and can be overcome by intensive treatment by experienced sales coaches who expect it to be present much like parents expect ear infections in young children, it can come as a huge surprise when discovered in the experienced and tenured.

So what exactly are Happy Ears? Well, in short, it’s where salespeople stop listening to what the customer is actually saying and start hearing what they want to hear or interpreting everything that’s said in the most positive light. It’s often brought on by the pressures to accelerate sales cycles or make up quota shortfalls, but whatever the reason, it can have a catastrophic impact on forecasting. Happy Ears can mean that opportunities are in later stages of the pipeline than they should be and their percentage likelihood to close is inflated. The organization is relying on a certain amount of revenue that appears to be achievable based on the amount of opportunities in the final stages of the sales process and suddenly some of them evaporate to the shock of everyone involved. Usually after such occurrences there is a post-mortem conducted and it often quickly becomes apparent that there was an overreliance on one relationship within the buying organization, or everything that was said was being taken at face value and not questioned. In other words, rookie mistakes being made by veterans.

So what’s the antidote to Happy Ears? Well, it’s quite simple really; it begins with recommitting to a rigorous sales process. Your organization has likely spent a lot of time and money defining a sales process that when executed against properly ensures that an opportunity will reside in the right stage at the right time. This, is turn, allows the organization to assess how likely it is to close and when. Unfortunately for every properly defined, rigorous sales process, there are 10 times more that almost encourage Happy Ears by not explicitly requiring the salesperson to uncover and validate the specific kinds of information that really demonstrate buyers’ intent to act.

Here’s a simple example; most sales processes will have a qualifier in one stage or other related to budget. It may ask the salesperson to indicate that an opportunity is a budgeted initiative. Now, unfortunately, a salesperson who is suffering from Happy Ears can even ask their contact directly “Is thisa budgeted initiative?” and get a reply such as, “This is a priority for the business and something that the line leaders have been crying out for, so it will get funded.” And so that salesperson happily goes back to his CRM and ticks the box because what he just heard was that it is of sufficient importance that it will get funded. But wait a moment; there is a massive difference between “will get funded” and “budgeted.” An experienced sales person with normally functioning ears would immediately have spotted a few red flags and would have drilled down and asked clarifying, investigative questions such as:

“When you say a priority for the business, how big a priority and where does it stand in relation to other priorities”

“Who is this a priority for and why?”

“Will the line leaders be providing the funding?”

“Has funding been discussed and identified?”

You get the picture! Happy Ears in good times are bad enough, but Happy Ears in tough times can be fatal as the business continues to miss it targets and lose control of its pipeline. Putting the required rigor back into your sales process is not an easy task, as it requires a level of almost pedantic dissecting of every opportunity and a constant questioning of the salesperson to ensure that she is reporting what the buyer explicitly said. This may indeed on the surface slow down sales cycles and it may reduce the current number of late-stage opportunities as they’re pushed back to earlier stages, but ultimately, this is the only cure for Happy Ears.

Election Day is less than two weeks away. After all of the headlines and hashtags, the 2016 Presidential… 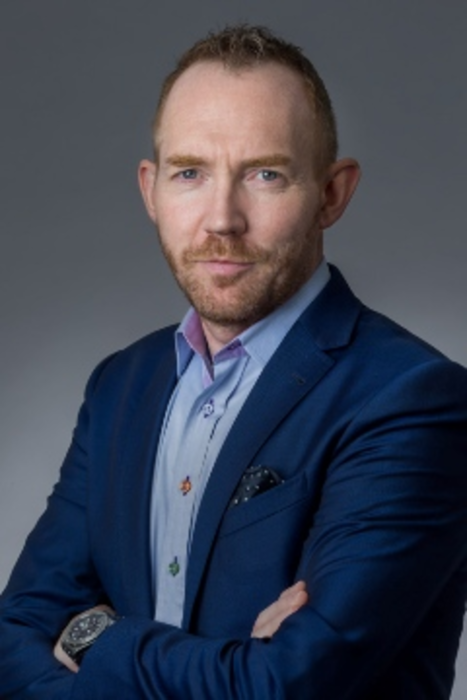 One on One: James Norwood on Delivering the Immersive Customer Experience