The direct mail community is keeping a close eye on the rash of do-not-mail bills that have been introduced for state legislations this year, hoping to prevent their passage.

As of Feb. 10, ten states introduced do-not-mail bills that include a do-not-mail registry similar to do-not-call legislation. The states are Connecticut, Colorado, Hawaii, New York, Maryland, Michigan, Missouri, Montana, Texas and Washington. In total, 13 bills have been filed in both the houses and senates of these states.

“In terms of the number of bills, we are certainly seeing an increase over last year and it’s a sign that this subject is increasing in intensity,” said John A. Greco Jr., president/CEO of the Direct Marketing Association. “We are very carefully not only watching these bills, but are very much involved with the process within the states to make sure that the appropriate counter-arguments and the appropriate facts are out there.”

In some states, the do-not-mail registry would be set up and maintained by the state’s consumer protection board; in others, the attorneys general. In most cases, marketers who mail solicitations to individuals on theses lists would have to pay fines of several thousand dollars per violation. In the case of Michigan, violations can result in up to six months in prison and a fine of up to $500. In all cases, nonprofits and politicians would be exempt. There would be a business relationship exemption as well.

Several other bills in New York, Virginia, New Jersey and Washington offer related measures, such as creating a do-not-mail registry of people with mental illness and certain senior citizens, or that prohibit mailing credit card solicitations to people under the age of 21.

DMA senior vice president of government affairs said do-not-mail registries would affect all direct mailers, no matter what their size. New businesses would be especially hard-hit because it would make it much more difficult for them to establish a customer base. While the registries would not target nonprofits, political mailings and business-to-business mailings – predominantly effecting business-to-consumer mailings – any negative impacts on the viability of the USPS would ultimately impact all of these groups.

Mr. Greco said that currently the main issue the DMA is focusing on is educating the states on how do-not-mail bills could be detrimental to them.

“Unlike the federal government, which really understands the value of the mail stream, this is something that in the past the states just haven’t dealt with,” Mr. Greco said. “So there is a real misunderstanding in terms of the value of advertising mail, so we have a great deal of education to do.”

The DMA is communicating the importance of mail to consumers and states by explaining that advertising mail supports and subsidizes the U.S. postal system.

“Without advertising mail, the price of a First Class stamp would go up astronomically, the number of days of delivery would decreases dramatically, and the distance [postal employees] may have to drive could be beyond their ability,” he said. “These are the impacts to the consumer that nobody is talking about. We need to start talking about them. I am very confident that by taking the approach that when legislators are more informed, they will make the right decisions, and we’ll end up in a better place.”

Mr. Greco said the DMA is working with its state lobbyists and the Mail Moves America Coalition on educating the consumers and states. The coalition, spearheaded by the DMA, is comprised of major mailing associations and other groups, and its goal is to make sure the mailing community has a united message.

“What we have learned from our postal reform days [is that] we have to work together so we are all are united on our talking points,” he said.

The USPS is also reviewing the pending legislation and working to understand the impact of it.

“We know direct mail is something customers want, especially if the mail is coming from a company or business with which that customer already has an existing relationship,” said Joanne Veto, a USPS spokeswoman. “We are reviewing each bill at this time but remain committed to continue to provide quality service to our customers.”

Many DMers and list companies, unsurprisingly, are against these bills. A key reason is that they would mandate a registry similar to the do-not-call registry – and they believe direct mail is decidedly different than that medium.

“Postal advertising mail simply does not rise to any reasonable level of privacy intrusion and that, of course, can’t be said of telemarketing calls,” said Ralph Drybrough, CEO of MeritDirect List Brokerage Services, White Plains, NY. “An unwanted piece of promotional mail in your mail box is dealt with the old fashioned way, into the round file.”

“[Direct mail] is such a different media than the telephone media,” he said. “Mail is not intrusive, consumers can look at it on their own time. They are truly night and day and they need to be dealt with like night and day.”

The National Association of Letter Carriers is a member of the coalition.

Earlier this month, its president, William H. Young, expressed opposition to do-not-mail legislation in the state of Washington by sending letters to the Washington House Commerce and Labor chairman Steve Conway and Senate Consumer Protection and Housing chairman Brian Weinstein as Mr. Conway’s committee held a hearing on the proposal.

In the letter, Mr. Young said the proposal, “could jeopardize the very future of America’s postal system,” adding that while it may be well-intentioned, it is being erroneously promoted as similar to do-not-call limits on telemarketers.

“Unlike the annoying phone calls that were routinely timed to coincide with the dinner hour, postal patrons are free to choose when and how to deal with the mail they receive,” he said.

Mr. Young said letter carriers, as other citizens, have environmental concerns about the waste of natural resources, but added that most advertising mailing is printed on recycled paper and postal patrons can recycle that mail.

“Elimination of a significant portion of advertising mail could be devastating,” Mr. Young said. “This ‘third class’ mail now constitutes more than 50 percent of all mail, and its loss could mean reductions in current levels of service or, even worse, the collapse of all postal services. In sum, it would be detrimental to the postal service, its workforce and to citizens themselves to limit the mail delivered to postal patrons.

“This is an example of what [groups] can do and what we’ve talked about in terms of looking at the issue and see where we think we can go in an educate and explain the value of the mail and the effect it has not only on the national economy but on the state and local economy,” Mr. Cersale said.

Federal bill most likely will not pass

Mr. Drybrough also said that a federal bill will be a long time coming.

“From what I understand, do-not-mail is motivated more by green concerns than privacy intrusion and, thus, a much higher bar will exist for legislation to be passed,” he said.

David A. Weaver, president/CEO of the Mailing & Fulfillment Service Association, Alexandria, VA, also said that he does not believe a federal bill will come to light because, as history has shown, states might start out strong with their do-not-mail proposals but the bills end up losing momentum.

“State representatives for the most part usually end up realizing how negative these bill will be for their states, and they end up collapsing under their own weight,” Mr. Weaver said. “There is something very precipitous that can happen at the state level – things happen so fast no one has a chance to apply logic or reason.”

Mr. Greco said he does not expect a federal bill being introduced or passed anytime in the near future.

“I really do not believe that anyone at the federal level today believes that this is in the best interest of the American consumer,” he said. “So I am not anticipating anything in the near terms in terms of filing. With the right education, probably not.”

What can DMers do to prevent the movement of state do-not-mail bills? 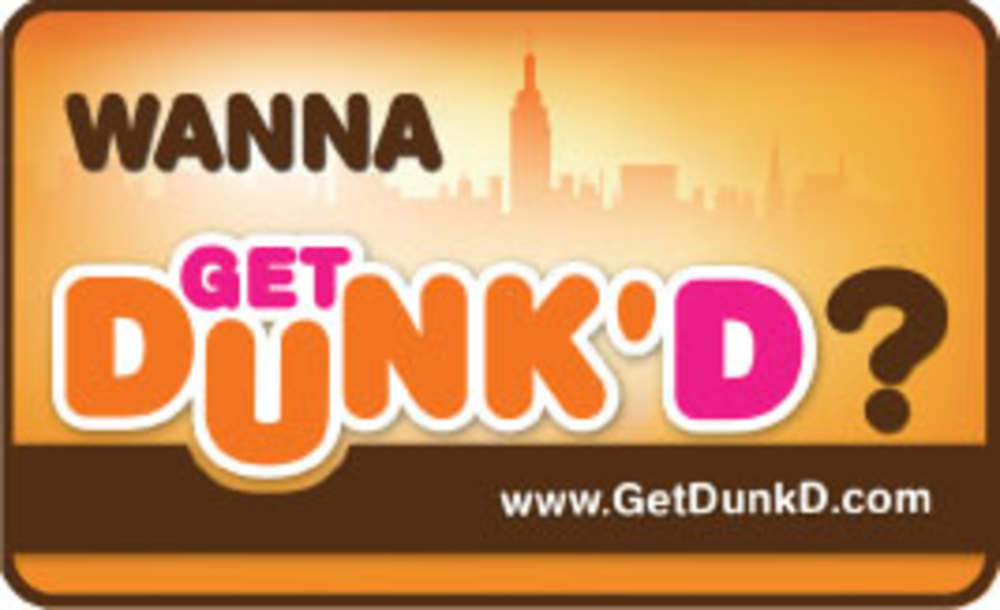 As part of its ongoing “Get Dunk’d” social media marketing program, Dunkin’ Donuts is launching promotions to get…