Last week’s acquisition of eight-person sweepstakes company Flashbase Inc. continued DoubleClick’s efforts to move away from its image as a one-trick, ad-serving pony.

The acquisition followed in the wake of 24/7 Media’s acquisition of iPromotions, a 12-person company, earlier this year, as the big ad networks are working to beef themselves up by gobbling small marketing service providers to diversify their product offerings.

However, purchasing small, relatively inexpensive sweepstakes shops isn’t likely to allow either of these online advertising giants to make much of a splash in the promotions field, according to Steven Krein, CEO of Promotions.com, New York.

“There’s no experience there,” he said. “You can’t buy a technology and be in the promotions business. Experience, reputation and client relationships are far more important, and they’re not buying any of that.”

Flashbase began as a database company in 1998 when the company’s CEO, Andrew Erlichson, decided to create an easy-to-use database to track an Oscar pool. Only about four months ago, the company repositioned itself as a sweepstakes provider.

DoubleClick was interested in the company’s superior sweepstakes product, being that Flashbase had no salespeople or brand recognition, according to Jeff Epstein, executive vice president of corporate development

“It would probably take us a year and a significant part of technical resources to do what they have done,” he said. “It’s an ideal fit. They had an ideal product and there’s great demand for that product, but we have all of the customers.”

Competitor Promotions.com had taken a good look at Flashbase.com and found its technology wasn’t all that impressive. “It was data registration system,” Krein said. “If you’re talking about low-end, no dialogue with the consumer, just collecting information one way — there’s a lot of people out there that just collect data, easier, with superior technology to that.”

Promotions.com is a leader in the sweepstakes and promotions space and although there was some talk that the company may have had discussions with DoubleClick, neither company would confirm or deny the fact that they were in negotiations.

Adding promotions companies, large or small, is a natural fit as many of the people who make media buys are also looking to create promotions, said Meg Brossy, chief marketing officer at 24/7 Media, New York. “If you look at people’s budgets, they have media dollars and promotional dollars,” she said. “If you’re selling to the same client, why wouldn’t you want to do one [combined sale].”

More acquisitions are on the horizon for DoubleClick as it looks to add other marketing components such as couponing, sampling, loyalty and consulting capabilities.

“We have 20 products and every year we’re adding five or 10 new products,” Epstein said. “We’re actively looking at every company in the Internet advertising and promotions business. We have literally 200 companies on our list. We have relationships with all of them. Some we’d like to acquire and some we’d like to make investments in. Some we’ll develop the product in-house.” 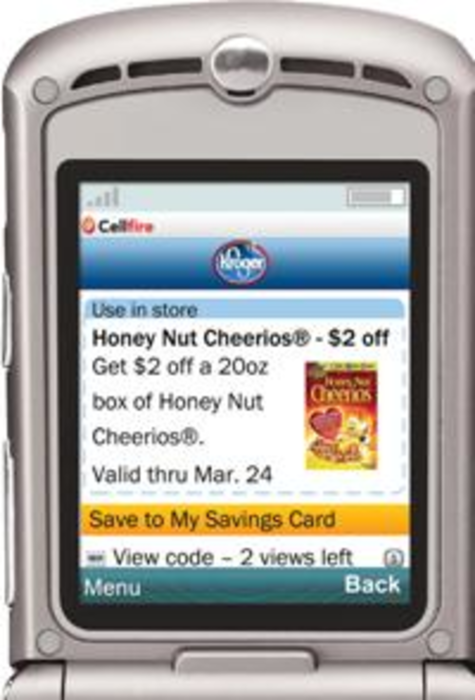 Get a dollar off on Cheerios, if you bring your mobile phone? This could be the case as…