Custom publishing is finally coming into its own as a more than $1 billion industry, according to a survey co-sponsored by magazine trade association Magazine Publishers of America, New York, and Veronis, Suhler & Associates Inc., an investment banker to the media industry. Wilkofsky Gruen Associates, New York, conducted the research.

“This is really a benchmark study,” said Paul Hale, managing director at Veronis, Suhler, New York, of the first-ever attempt to measure the size of the custom publishing business. The growth of custom publishing in the past decade has been fueled by the gaining popularity of relationship marketing, he said. Technological advances in database marketing also have played a significant role.

The three leading industries using custom publications, according to “Custom Publishing: Its Size and Characteristics,” are healthcare, technology and finance/insurance/real estate, spending about $510 million of client revenues combined. About two-thirds of overall revenues – $655 million – are generated by magazines, with newsletters generating about $110 million. Brochures and videos follow. Third-party advertising accounted for about $640 million in 1999.

Custom publishing has been slow to grow in the past, but one of the signs of its gaining popularity and staying power include its ability to attract new publishers: Fifty-nine percent of custom publishers entered the industry since 1990, and 24 percent entered in the past five years.

Traditional publishers such as Time Inc. and Meredith Corp., both of New York, have custom publishing divisions in addition to consumer magazine publishing operations. Other companies such as McMurry Publishing, Phoenix, and Fluent Communications, Seattle, are devoted entirely to producing custom publications for clients in various industries. There is not one company or group of companies that dominates the custom publishing business, according to the study.

Advertising agencies are getting in on the act too. “They see it as a natural extension of their direct marketing activities,” said Simon Kelly, president of custom publisher Fluent Communications, and co-chairman of the MPA’s Custom Publishing Council, New York.

Redwood Publishing, Toronto, which recently entered the U.S. market, is part of Omnicom Group Inc., whose U.S. headquarters are in New York.

Hale and Kelly both predict more alliances and acquisitions between custom publishers and agencies. “Agencies don’t have the [custom publishing] expertise, and to build it is expensive,” said Kelly. “For custom publishers, the attraction of the agency is that it has a ready-made client base.”

Make Sure We Address The Real Address Issues

It’s been clear for a while that one of the most significant cost-saving opportunities for the U.S. Postal…

Online wine retailer eVineyard Inc. is expected to announce today that it has changed its brand name to… 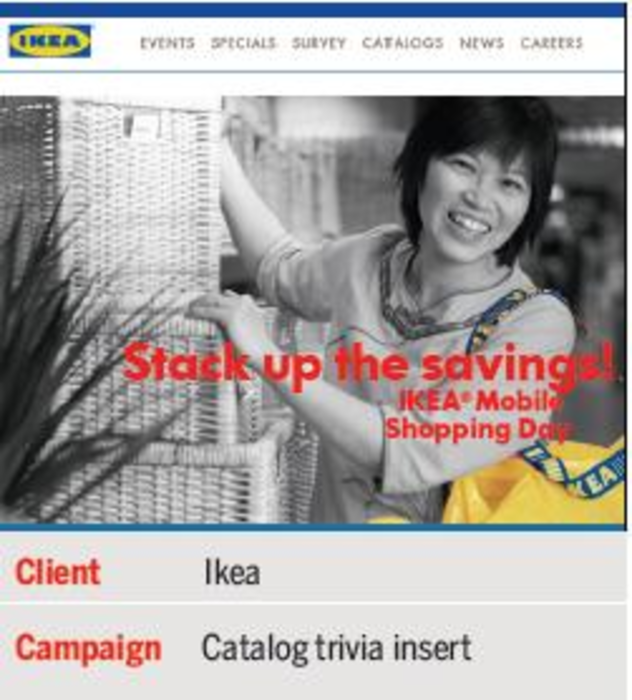 Beginning with its July 28 catalog, furniture merchant Ikea will include an insert that offers customers the opportunity…