For many companies, social media isn’t a marketing playground, it’s a minefield. Brands have to make sure the messages they put out  on Facebook and Twitter aren’t incorrect, offensive or in some cases, breaking the law. And even if they control their own messages, they have to contend with angry customers posting abuse, pranksters posting pornography, and hackers posting private information across their blogs, forums, websites and social media pages.

The UK-based Crisp platform is a digital monitoring service that combines algorithmic scanning along with human vigilance to make sure nothing that can harm a brand’s reputation gets posted to its digital channels of communication.

“We make technology that understands user generated content,” says Crisp founder and CEO Adam Hildreth. “Our technology prioritizes what it believes to be the case is and then people add context to it, making the monitoring process extremely accurate.”

What Crisp does is essentially act as a nanny for your social media networks when you’re not there. Its platform pulls in posted content from several (owned) social media channels such as Facebook pages, Twitter profiles, YouTube channels and online forums. It then scans them for risks, or anything that can harm a company’s reputation or its customers. These can include pornography, racist and offensive language from customers, or spam and counterfeit product ads from scammers.

When the content is obviously offensive or spam, the platform recognizes it and automatically deletes it from the channel. If it can’t determine with 100% accuracy, the post then gets sorted and sent to the human moderation team, a group of 150-200 social content moderators operating 24/7 in 50 different languages between Europe, the US and Australia.

When the platform can’t distinguish between right and wrong, the human moderator steps in and either deletes the post themselves, or alerts the brand with a phonecall, if the issue is serious enough. A serious issue is defined as something the company needs to respond to immediately, such as a customer suffering an adverse reaction due to using their product, or a personal  threat being directed at one of the executives.

Crisp’s latest offering is outbound social content monitoring. This service helps brands avoid situations where they post (either inadvertently or intentionally) offensive content or material that is non-compliant according to their industry regulations. Crisp has specially trained moderators who can identify non-compliant material for companies in financial or healthcare industries, either deleting them immediately or alerting the responsible people. This type of monitoring does not apply to one-on-one conversations or interactions such as customer service responses or live engagement by the social media team. Rather, it’s used to monitor pre-planned campaigns or queued messages.

It’s tempting to question why a team of international moderators is needed to monitor something a social media team has already scrutinized and decided to post ahead of time, but brands have been known to screw these things up. Most recently, US Airways suffered a great deal of embarrassment when a pornographic picture was accidentally attached to one of its outgoing tweets. Hildreth says if it had been using Crisp, the tweet would never have been sent out.

Crisp’s other services include monitoring of communication in online gaming and digital areas being used by children, protecting them from cheating, hate speech, game hacking and online predators.

Could a brand monitor all the content on its own social media channels using a regular social media monitoring platform (Radian6, Sprinklr etc)? Probably, admits Crisp’s Hildreth. But that type of monitoring ends when the social media or customer service team goes home. Hildreth says the real value of Crisp is its 24/7 vigilance, which crucially allows companies to respond to things that could damage their reputation within 15 minutes, rather than allowing them to escalate through inaction.

Crisp’s function isn’t optimized for outbound marketing, and its monitoring is only restricted to a brand’s owned channels. That means technically, this kind of monitoring can be done by a brand’s own internal team. However, getting rid of abusive content, counterfeit products and generally offensive behavior all allow the marketing team to concentrate on pushing their messages through, without having to be in reactive mode all the time, and that’s where Crisp’s added value lies. It’s a tricky concept to trust an algorithm and a group of moderators halfway around the world to make sure your social media properties remain clean, but it makes sense for global brands who aren’t yet big enough to have a social media team that’s always on.

Shopping has come full circle — from brick-and-mortar to online stores, and back again. But there is yet another method… 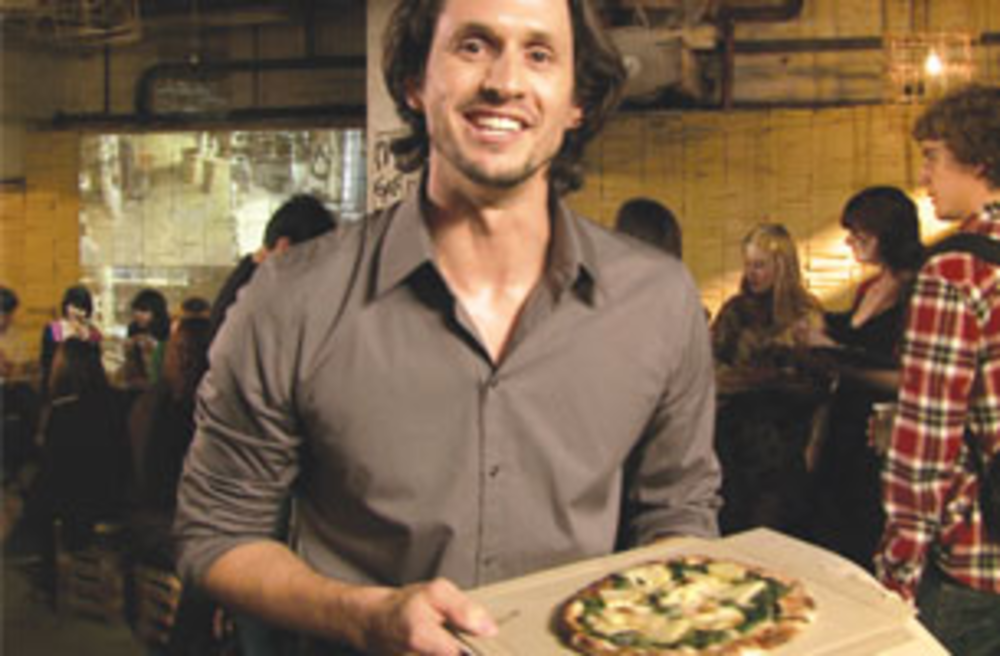 The Offer: The Yellow Pages in Melbourne, Australia, sought to demonstrate advertising efficacy in its small business pages,…