Situation
With its e-mail list growing rapidly, high-end retailer Inter­mix wanted to improve the effectiveness of its campaigns, which had been massive blasts. “We were kind of sitting on a gold mine and needed to target most efficiently,” says Eileen Shulock, creative director, e-commerce for Intermix.

Approach
In mid-2008, Intermix turned to iPost’s Autotarget, a predic­tive analytics tool, to crank up its behavioral targeting ability. With Autotarget, Intermix could better segment its subscriber list of tens of thousands of names, allowing the retailer to send dif­ferent creative to different types of consumers.

Those with high response rates, for example, received e-mails highlighting new collec­tions and “VIP”-type promos, while low responders received more discount and low-cost offers. Also, those low respond­ers were removed from the list altogether if response rates failed to improve.

Results
With its new e-mail strategy, Intermix was able to increase the profitability of its e-mail mar­keting by 28%. The company also lowered its e-mail opt-outs by 84% and directly increased its revenues by 9%.
-Lauren Bell

Approach
Wine Enthusiast wanted to implement better imagery and richer functionality, such as the ability to zoom and pan on products, on its e-commerce Web site. It teamed up with Adobe Scene7’s rich media solutions to add richer features across the site; Adobe’s service also helped optimize Wine Enthusiast for online video.

Results
Since implementing Scene7 in spring 2008, Wineenthusiast.com has seen conversions double and image management time reduced by a factor of five.
-Bryan Yurcan

Never underestimate the power of a consistent brand. The e-mails from Intermix are falling short of this. There is no consistency from one e-mail to the next. One e-mail has tons of images – some in boxes, some creeping out of boxes – there is just too much stuff going on. The next e-mail is all type on a stark white background. A third e-mail is a completely different design. Without the company’s logo, you wouldn’t know where these e-mails were coming from — and that’s a problem.

What the Wine Enthusiast Web site lacks in looks, it more than makes up for in functional­ity with the recent implementa­tion of Adobe Scene7. Good quality, high-resolution pho­tography makes for an incred­ibly realistic online shopping experience. Couple that with the super realistic personalize and preview feature, which allows you to customize and preview monogrammed products and the experience is actually better than being in the store.

I like the look of the new AOL homepage, and can see why it’s working so well for the company and its advertisers. It is very user-friendly with navigation running down the left side, content in the center and advertisements on the right. I like the color palette and how it’s varied with multiple shades to help the eye navigate the page with ease. The photog­raphy looks good against the color palette and really pops off the page. It’s an attractive, clean design that works.

The Wednesday Stack: Connecting the Dots, and Tracking Them Too 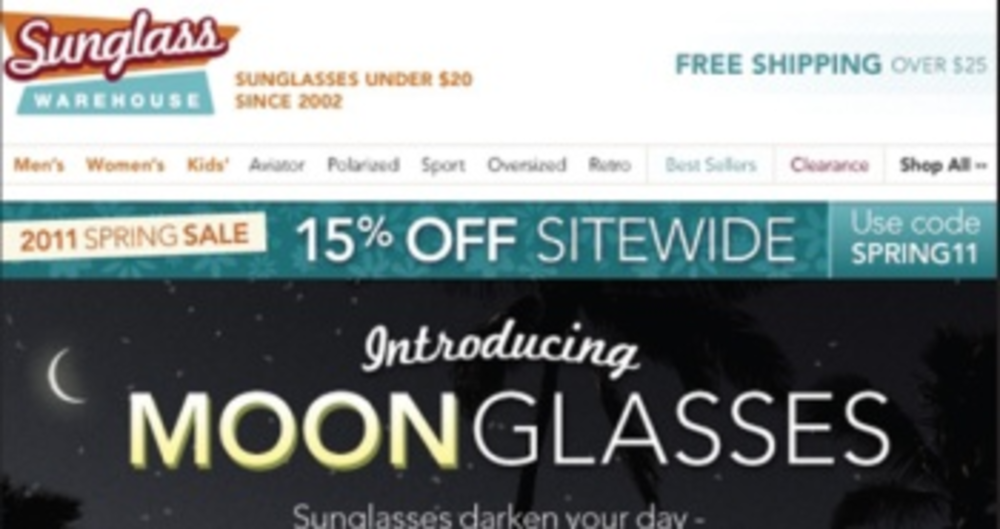 Over the past two decades, a variety of economic factors have created enormous new wealth. And for those…