Approach
Holland Boone had been sending five direct mailings per year to 250,000 households at a cost of $5,000 each. Working with marketing services firm Beyond Implementation, Holland Boone grew its permission-based e-mail list from approximately 200 names in 2005 to almost 15,000 names by late 2008.

Beyond Implementation and Holland Boone decided to review the impact of permission-based e-mail compared to direct mail in January and discovered the former had open rates of 40% as opposed to an average of 1% for the latter.

The postcards included two coupons, discounts on Web purchases, and in-store items. The e-mail campaign included the same two coupons as well as an “item of the month.”

“The benefit of e-mail marketing is that it’s self-evangelizing,” says Lisa Von Bargen, owner of Beyond Implementation. “We put a link on the [Holland Boone] Web to sign up for e-mail promotions and have signs on the counter at stores.”

Results
The postcard campaign drove less than 1% of customers to purchases. Based on reporting from VerticalResponse analytics tools, the e-mail campaign had over a 40% open rate and drove both online and offline sales, and had a wider and deeper impact than direct mail. Direct mail pieces will be sent just three times in 2009.
–Kevin McKeefery

Approach
Bella Jules, a boutique in West Reading, PA, wanted to drive attendance to a holiday preview party and drive sales. Ad agency Mangos developed an integrated campaign including direct mail and billboards in high traffic areas. An e-mail was also sent to preferred customers offering 20% off purchases made at the party and on Black Friday.

Approach
HT Market, which sells home theater products, wanted to increase Web conversions. It partnered with online advertising company FetchBack for a retargeting campaign that ran between October and February. When a person visited HT Market but didn’t purchase anything, banner ads would appear they surfed other Internet sites, including popular news sites, social networking sites and various blogs.

Results
HT Market saw $6.62 in revenue for every $1 spent on retargeting, and had an increase in return conversions of 39%.
–Bryan Yurcan

Bella Jules created a crisp, eye-catching graphic approach to a holiday retail promotion. The work stood out during the holiday season, with its simple design, bold, not-red-and-green colors and clever copy, driving sales up 10% from the previous year. Not a bad feat in any economy. With a graphic consistency across all points of contact, it made a brand connection with consumers that left a good impression, even after the last Salvation Army bell was rung.

OK, the HT Market effort uses the same clean, simple red and black graphic idea as Bella Jules. But something important was left out, namely style and design sense. The emotional connection for the brand – the line “Bringing the Movie Theater Home” – was lost, only showing up in one of the banners. You would think that the design would reflect the money about to be spent by the consumer. Instead, I am left with the feeling that the merchandise will be of dubious craftsmanship, and that the savings will be offset by short product lifespan. Not the impression a brand would want to leave.

There is much in the photograph on the mail piece for Holland Boone Home and nothing that stands out. This hard-working piece suffers from a need to prove itself. Yes it has an offer, and a coupon to drive people to the store, and an 800 number to place an order by phone. It even has a code to use to order online. But it all goes bonkers, though, with too many different percentages of savings associated with the various offers. Is it 50% off? 20%? They do a lot of math to show me the 30% savings, but can I add 20% more savings if I order online? What’s the math on that? Maybe regular customers are used to the format, but to me it seems jumbled and, noting the spacing issues with lines and between certain words, hastily assembled. I’d say slow down and make it simpler.

Prometheus marketers at Fox built even more buzz around the much-hyped film by creating a very high-tech-feeling, viral…

How Next Gen TV Will Improve Experience for Viewers and Marketers

Over-the-top (OTT) TV options are growing, but many of the biggest recent entries in this digital space are… 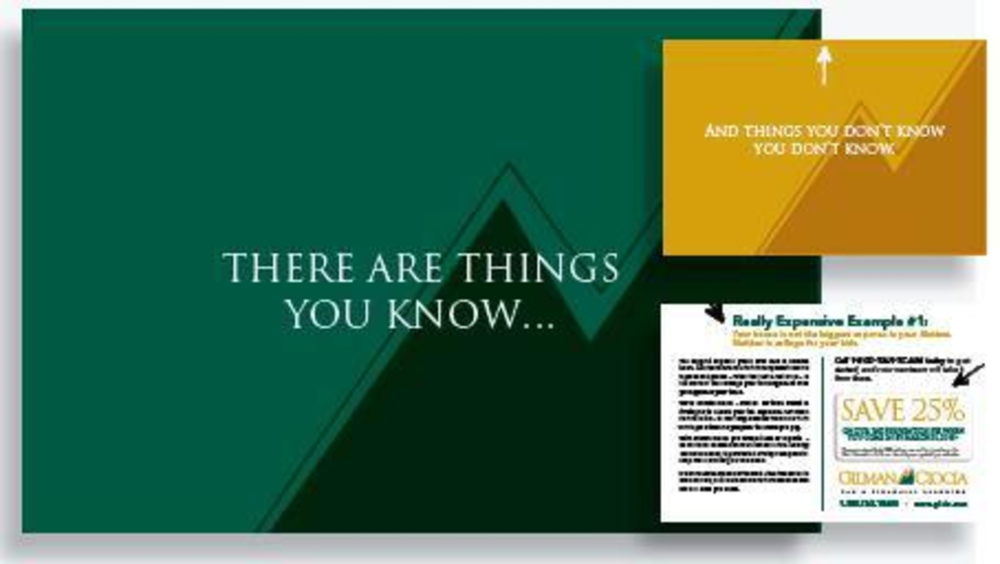