Situation
High performance outerwear brand Gore-Tex wanted to increase visibility of its travel footwear among casual travelers. The company was looking for a way to expand its reputation in the outdoor recreation industry with a program that “takes advantage of online, e-mail, in-store — the full range of communications,” says Brian Gallagher, global marketing leader for Gore.

Approach
Through a partnership with the Adventure Travel and Trade Association, Gore-Tex identified 10 travel destina­tions that offer a combination of outdoor adventure and urban leisure. Agency Warschawski then created the Gore-Tex Footwear Diamond in the Rough contest, with eight out of 10 of the destinations agreeing to hide a diamond-shape game piece somewhere in their area. Travelers who found the game pieces would win $500 in Gore-Tex gear. The contest was promoted with newspaper ads, e-mail blasts off of retailers’ lists and in-store signage.

“Any time you can get the consumer literally involved with your brand it’s a good thing,” Gallagher says. “For us to be able to have tangible involvement and a payoff for the consumer was huge, and the destinations loved it.”

The campaign’s Web site served as a portal for the contest, an information resource for the footwear line and housed a write-in contest for a free pair of shoes.

Results
The Web site reported 5,000 visitors between its launch on April 14 and mid-June. –Nathan Golia

Approach Levi’s, along with Avenue A | Razorfish, launched community site Project 501 in January to better position itself towards fashion-forward women. A contest urging users to upload Levi’s-inspired designs and then rate, vote and comment on them was promoted on Project Runway and online, as well as with posters and napkins in restaurants and nearby design schools.

The Gore-Tex “Diamond in the rough” campaign is a pretty nice idea. The “treasure hunt” aspect works well with what I know of this brand: travel more, experience more and explore more. I’m personally too lazy to be interested in trying to find a diamond-shaped brochure under a tree somewhere, but I did like learning about new places to take the kids. Parts of the site have a nice travel blog feel, but the overall design could have been a bit more interesting.

I’m personally a bit tired of the online contest format, but I think the Levi’s Project 501 design challenge works. It’s a smart blend of user-generated stuff and a tie-in with Project Runway. The idea plays well off of the desire to be a fashion designer, or at least a critic of other designers. The look of the site is cool enough and the overall tone seems right on. I guess when you have a seemingly quiet product like JG Wentworth, it’s good to be ridiculous. These DRTV spots do their best. I appreciate the effort; the spots were created to be spoofed and disliked intentionally (I think), which is not a bad way to go. But unlike other ads that try to do this, these seem too self-aware that they’re bad and try too hard. Plus, a strategy statement wrapped in a spoof really isn’t very interesting. It would have been better if they had more fun with the content. Then maybe they would be bad enough to like. 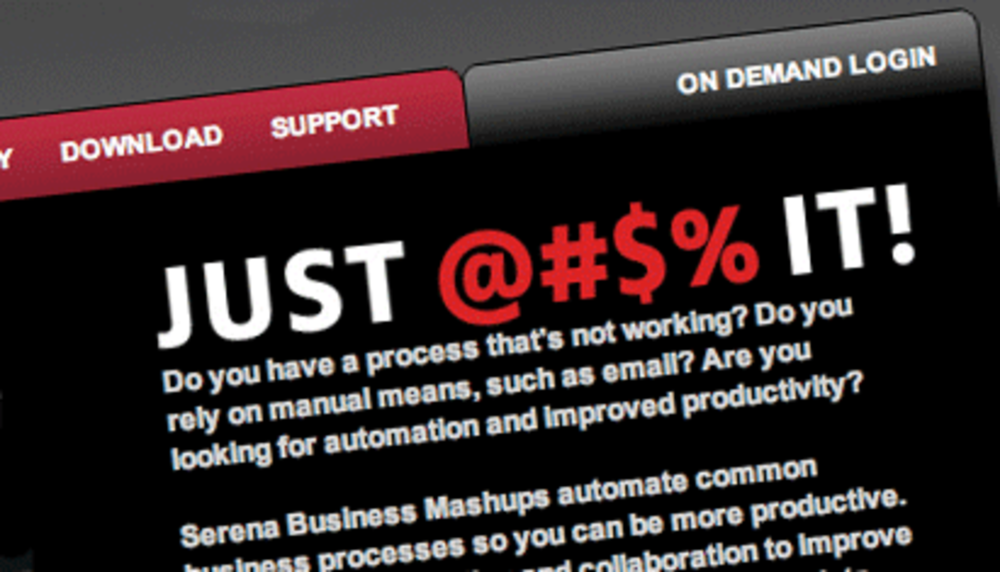