Approach
Beginning in March, consumers were invited to submit 10-second videos explaining what the company can deliver for customers. The user-generated campaign was an extension of a commercial that features race car driver Carl Edwards, explaining in 10 seconds what Aflac offers to policy holders.

“We feel confident if people understand what we sell, we’ll go from household name to a household need,” said James Wisdom, director of new media at Aflac. “The Carl Edwards commercial was to show how we could define what we do as quickly as possible, and we started thinking maybe there was room for a social user-generated campaign.”

Aflac worked with its agency of record, Zimmerman, on the campaign, as well as digital agency Stuzo, for the campaign’s Facebook presence. Users could upload videos through the Facebook page or through Aflac.com. Visitors then voted for a favorite.

The company had success driving users to the video pages through Facebook ads, Wisdom said.

Results
Users submitted a total of 183 videos, which received 320,000 views to date across the two sites. Consumers cast 69,000 votes during the campaign. The winner received $25,000 and two runners-up each received $1,000 and an Aflac-branded snowboard.

“I expected engagement to fall off once the contest was over, but it hasn’t, and so we’ll be reusing the content across social media,” Wisdom added.
—Kevin McKeefery

Motorola teamed with DesignKitchen to develop a video, e-mail and online campaign to showcase the parameters of their Enterprise Digital Assistant (EDA) for the mobile workforce. Upon launch they declared the ES400 as “the difference between action item and action taken” and drove prospects to a product microsite.

Between June 17 and July 10, in the US, Latin America and Europe, Middle East and Africa, 54% of those that visited the site interacted with the product tour; 31% of visitors completed the product test drive; and 13% downloaded an asset.

Subway Restaurants wanted to build awareness of its new breakfast sandwich menu that it launched this spring. Agency MMB created an integrated campaign using TV, print, radio and e-mail to promote the new menu items. MMB also created a Web and mobile app for users called “The Wake-Up Call.” A character of choice, robot or surfer dude, among others, would call customers or their friends to remind them to visit Subway for breakfast.

Breakfast sales drove two-thirds of Subway’s 10% online traffic growth in May. The Wake-Up Call, which ran from April 5 through July 5, generated 20,000 requests and 6,000 calls.

Aflac’s  advertising has been great for a long time, but if you don’t know what supplemental insurance is, you might have laughed at the duck but scratched your head a bit.

This ingenious campaign remedies that by asking folks to make a video that defines supplemental insurance in 10 seconds or less, which means they first must find out for themselves. Pretty brilliant. My only beef is that the winning videos are all significantly longer than 10 seconds.

The notion of action needed versus action taken in Motorola’s ES400 campaign is clever. I’m sure it resonated with those who spend their days in multitask hell. The thinking is dead-on.

The initial execution looks a little dry and dated, but it revved up when it began to discuss the product attributes. At this point, it became truly compelling. We went from clichéd, see-say video to an interesting way to demonstrate modernity.

Subway  reminds me of sandwiches with sliced turkey and lots of lettuce, not a very hearty breakfast.

But this campaign should plant the notion of a Subway breakfast in the minds of the groggy, the hungover and the hungry. Opting in for a wake-up call for yourself or a friend is cool, and cements Subway’s message at a moment when it truly matters.

Some of the calls seemed a bit corny, but at 6:30 in the morning, who’s going to notice?

The second part of this story is right here. When you first start chatting with Arun Chaudhary, creative… 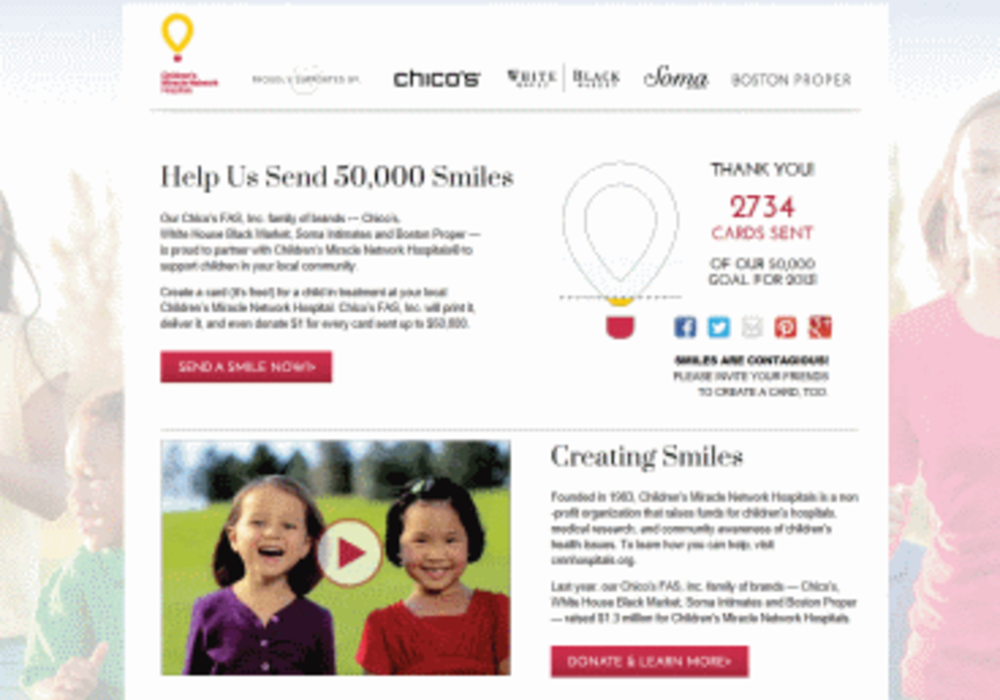 The Strategy: Chico‘s launched its third annual “May Is for Miracles” campaign this past spring to drive digital…