Even with tough regulations, pharmaceutical marketing is boasting bigger gains than ever. Ellen Keohane finds out this sector’s secrets of success.

But that doesn’t mean that marketers don’t deal with serious challenges in this sector. Faced with strict regulations from the US Food and Drug Administration, direct-to-consumer pharmaceutical marketers must care­fully vet materials before they are presented to consumers.

For example, Digitas Health recently worked with pharma company AstraZeneca on a Web site for hormonal treatment Arimidex, on which users are encouraged to share stories and photographs. However, before anything can be posted on the site, it needs to go through a strict review process.

“We try to facilitate sharing and communication, but within an environ­ment that has been reviewed by medical and regulatory people — because that’s the nature of our business,” says Meryl Weinreb, director of patient programs and oncology at AstraZeneca.

Jason Alongi, VP/account supervisor for Saatchi & Saatchi Consumer Health & Wellness, which worked on a DRTV campaign for AstraZeneca’s Nexium, admits that government restrictions create additional hurdles for other marketers to jump through. “Developing creative is a little more chal­lenging because you are faced with a different set of rules and constraints than other marketers,” he explains.

DRTV, however, continues to be a great way for pharma marketers to reach the greatest number of people, especially if it is combined with other efforts, according to Loreen Bab­cock, CEO of Unit 7. “You’ll reach [prospects] within a time frame that is more expedient than other chan­nels,” she says.

Pharmaceutical marketers must also overcome many consumers’ negative perception of the industry they work in. “I think one of the key challenges facing the pharmaceutical industry is the bad press the industry gets,” says Pete Dannenfelser, VP of strategic innovation for Cadient Group, which worked on a YouTube video contest for Novartis Vaccines.

For that reason, transparency is extremely important. With the video contest, the rules for the contest had to be absolutely clear, Dannenfelser says, adding that it was also important that messaging on the site be completely clear that this was a contest sponsored by a pharmaceutical company.

More pharmaceutical marketers are moving into the online space, because consumers are looking for health information there. A January report from iCrossing says that 59% of those surveyed said that they used the Internet as a resource for health- and wellness-related information, while 55% said they consulted with their physicians when they had a question.

Whether online or off, marketers in this industry have to be sensitive to different kinds of patients and different kinds of disease categories, says Leslie Taylor, VP/group director of marketing at Digitas Health. After all, deciding what drug to take can potentially be a life-changing deci­sion, she says.

“We are the translators of informa­tion that has a huge influence on peo­ple’s lives,” adds Vineet Thapar, VP and group creative director at Digitas Health, which has medical doctors on staff to ensure that campaigns adhere to government regulations. “That’s a huge responsibility that keeps you very, very honest.”

Designed to help support women recovering from breast cancer who have been prescribed Arimidex, Digitas Health worked with drug company Astra­Zeneca to relaunch its “In your corner” Web site on April 9. The updated site now features more interactive elements, including yoga, meditation, nutrition and exercise videos. In addition, users can also share their own breast cancer stories. Since the relaunch, traffic has grown by 10%.

To educate consumers about influenza, Novartis Vaccines collaborated with the Cadient Group to launch an online “FluFlix” video contest on YouTube in September 2007. Participants were encouraged to develop a short video that addressed the reasons for getting a flu vaccine. At the end of the contest, more than 60 videos had been posted to a branded channel on the site. So far, the contest’s introductory video has received more than 750,000 views, while the Dr. Seuss-inspired winning video, “Norton Fears the Flu!,” has received more than 8,000.

Nexium, a prescription drug used to treat heart­burn and acid reflux disease, launched a DRTV spot designed to drive enrollment to its “Purple plus” program on April 14. The spot encourages viewers to go to purplepill.com/save or call a 1-800 number in order to join the program. Two other general awareness spots were also part of the “What heals you” campaign. All three will run periodically throughout the rest of the year.

In these challenging times, it’s more important than ever to stay in front of your customers. E-mail appears… 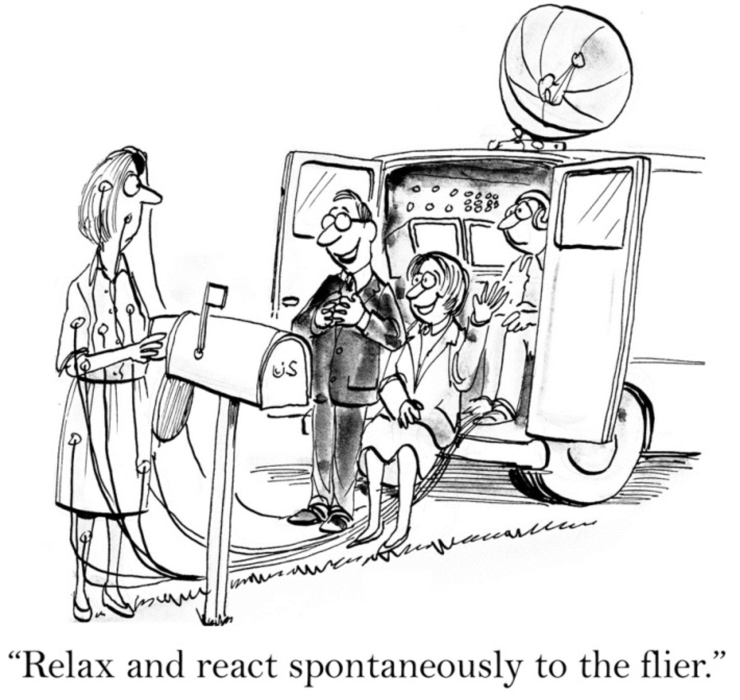 Under pressure to prove the ROI of their initiatives, most marketers today prefer to measure success in numerical…