“This was mutually decided,” Mike Perlis, CEO of Forbes Media, told Direct Marketing News. “We recognized a month or two ago that we needed to work on a transition. [Consuegra] helped us with the process to bring [Laschever] on board.”

Perlis did not say what caused the decision. “It wasn’t the exact right fit and we recognized that together,” he said.

Laschever began working at Forbes September 9. Perlis said Consuegra is still on board and working in an advisory role. It is unclear how long Consuegra will remain with the company.

Laschever, former group publisher of ForbesLife, joined the media company in July 2004 and worked there until March 2008. At that point, he joined Diversified Private Equity Corp. as senior managing director of venture capital.

“[Laschever is] a smart marketing guy with a lot of knowledge about the company, how it works, and its place in the market,” said Perlis. “He will be immediately liked inside and outside the company. It’s a thrill to have him back.”

Consuegra was previously SVP of product management at Western Union Holdings, where he led the US product-management team. Prior to that, he served as VP of international marketing at Yahoo and director of marketing for promotions and sponsorships at Pepsi Cola International.

Forbes created the CMO position to facilitate the company’s magazine and website redesign. The initiatives were a focus of Perlis’ vision of creating a multichannel distribution network with a focus on digital and print.

In January, Perlis referred to Consuegra as “a consummate professional” and he said he was “thrilled to have him join the team.” 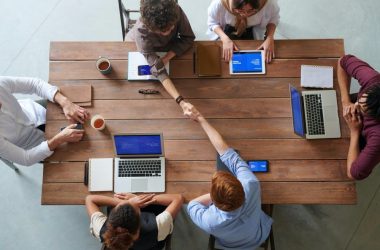 Should You Outsource Your SEO?

MyPoints, San Francisco, said yesterday it was launching its newest product, Instant Loyalty by MyPoints. The product is…