According to a recent study by comScore, Senator Barack Obama has run a “more advanced online operation” during the first six months of 2008 when compared to Senator John McCain. Specifically, Obama leads McCain in site visitors, candidate searches and display ads. However, McCain leads Obama in video views.

For example, the number of searches for “Obama” (5.4 million) was about four times that of “McCain” (1.3 million), comScore reports.

“This disparity likely reflects both the public’s interest in Barack Obama’s historic candidacy as the first African-American presidential nominee from a major political party and the desire to find out more about the background and positions of this relative newcomer on the national political stage,” comScore speculates. 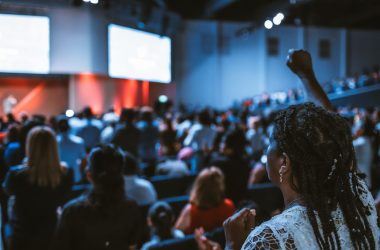 How to Boost Event Engagement with e-Gifting

Events and conferences have always been a key component of a successful multichannel marketing strategy. Many marketers rely…

Who do you want to be?

It’s official.  After years of water cooler kvetching, months of speculation about a possible move and weeks spent…

“A lot of retailers are now talking about their most important customers,” explained Diane Rinaldo, Yahoo’s Senior Director,…