“Online shopping appears to be occurring earlier and in greater force than last year,” Hitwise vice president of research Bill Tancer said in a statement. “If last year is any indication, we're likely to see weekly shopping levels increase with a peak roughly a week before Christmas.”

The 13 leading comparison-shopping services tracked by Hitwise, New York, saw traffic rise 22 percent for the week ended Nov. 20 versus the same week a year ago. These sites accounted for 5 percent of all shopping visits last week, with half of their traffic coming directly from search engines like Google and Yahoo.

The most-visited comparison-shopping sites last week were Yahoo Shopping, BizRate.com and Shopping.com, Hitwise said. They claimed 30.9 percent, 18.3 percent and 15.9 percent, respectively, of all visits to those 13 sites.

The three fastest-growing of the sites last week compared with the year-ago period were tech products search service Calibex.com, up 2,221 percent; Froogle, higher by 270 percent; and Shopping.com, up 235 percent.

The demographics of visitors to comparison-shopping sites matched those of the general online population, Hitwise said.

The sites with the highest proportion of male visitors were pricewatch.com (77 percent of traffic) and PriceGrabber.com (58 percent). Women accounted for 56 percent of visitors to MSN's eShop. And visitors to Epinions.com-owned PriceTool.com and Calibex.com were 31 percent likelier to be older than 55.

But one thing is certain: Online shopping is up from previous years. A Nielsen//NetRatings survey said traffic for the week ending Nov. 14 increased 60 percent in online-shopping visits from the prior week.

Categories like home and garden; books, music and video; and toys and video games led the drive, the New York market researcher said in its sixth annual Holiday eShopping Index.

“As Black Friday — the day after Thanksgiving [and] traditionally the biggest shopping day of the year — approaches, shoppers are flocking online to research holiday gifts, comparison shop and look at the vast array of products available, saving shoppers time and money and oftentimes a trip to the store,” Dougherty said in a statement.

“Shopping/comparison portals such as Froogle and NexTag should see major increases in online-shopping visits this holiday season as consumers educate themselves on merchandise and search for the best price,” she said. “This should have a noticeable impact offline as the 2004 holiday shopper becomes a more informed buyer.”

Comparison-shopping services are coming into their own in holiday 2004. A survey by Harris Interactive for Shopping.com, San Francisco, claims comparison shopping is surpassing concerns like weight gain and the importance of social gatherings.

The survey found 79 percent of respondents think price and details of the presents they will buy are more important than the meals they plan to serve or eat (59 percent), the weight they will gain (43 percent) or the parties they plan to attend over the holidays (23 percent).

Shopping.com found women and consumers older than 30 are likelier to start their online shopping earlier, immediately after Halloween.

Eighty-six percent of the women shoppers said they were thoughtful in their gifts, while 63 percent were bargain hunters versus 27 percent who shopped strictly by brand name.

Comparison shopping erodes brand loyalty. This is more so with online women shoppers, only 27 percent of whom said they shop by brand compared with 38 percent for men who are shopping online, Shopping.com claimed.

Regardless of gender, online comparison shopping is becoming another major holiday activity.

“Getting value for your money has become as much part of the holiday season as turkey dinners and lights on the tree,” Shopping.com vice president of product Sarah Leary said in a statement. 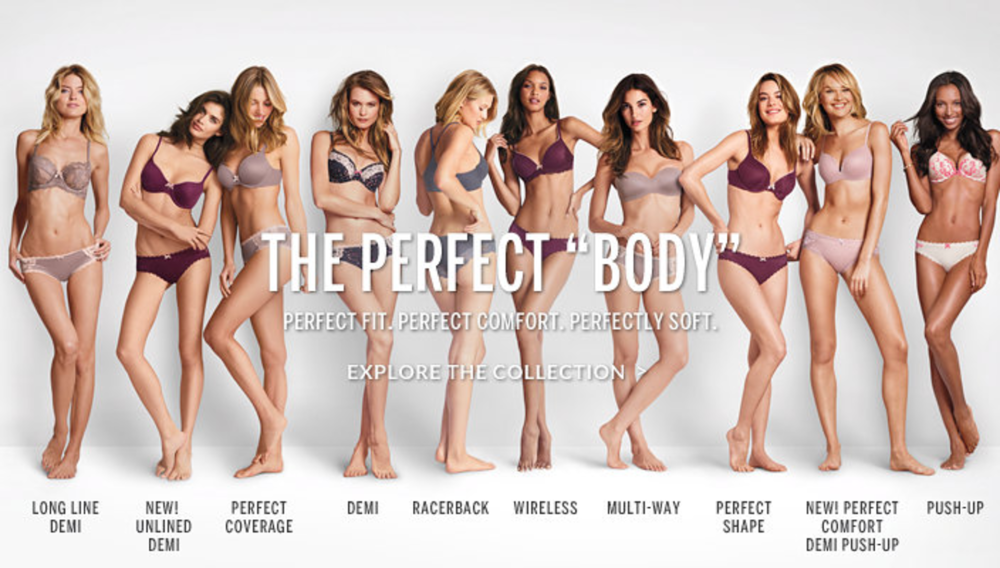 Victoria’s Secret Makes a Major Snafu in Its Messaging

Update: Victoria’s Secret has updated the copy of the original image. It now reads “A Body for Every…