Column: Marketing to Morons Made Easier — A True Win/Win

From the couldn’t-make-it-up-if-we-tried file comes a recent spam with the subject line “Cleanse the Intestine.”

The e-mail begins with a run-of-the-mill pitch for an herbal remedy aimed at cleaning one’s intestinal tract: “Changing your diet to include foods which help cleanse your body and using herbal preparations to speed up the process, create dramatic improvement in your state of health very quickly,” the pitch said.

So far, so good. But then come the testimonials, one of which will suffice here:

“‘I went on a colon cleanse a couple of times. And I got just goop out of me that no one can believe that is inside a person. Everyday, a gallon of goop. Rope-like stuff and intestine-like stuff. I was amazed and I would tell my husband and he would be amazed. I wouldn’t tell anyone else or they’d of thought me mad! He was working and couldn’t spend the time doing what I was doing. I was enjoying it, seeing what the body holds back, holds inside itself.’ D.L. Lafayette, LA.”

Every day, a gallon of goop, she would tell her husband … who was amazed. D.L.’s needs are far more complicated than a simple intestinal cleaning.

This leads us to an idea to combat spam.

Spammers’ approach to marketing is to mail millions upon millions of messages to addresses scooped up any way possible, hoping for just a few bites. After all, since spam operations often have very little overhead, a few bites are all they need.

For example, Jason Heckel, the spammer who recently was found to have violated Washington state's anti-spam law, polluted the Internet with unsolicited e-mail to get sales of 30 to 50 booklets per month, according to Washington’s attorney general. At 40 bucks a crack, that’s $2,000 per month before taxes, tops.

Washington state’s approach is to beat the Jason Heckels of Internet marketing to death financially. But there may be another solution.

Direct marketing 101 tells us the best way to predict a person’s buying behavior is to know what they have bought, how much of it they bought and how recently they bought it.

The universe of people who respond to pitches like “Cleanse the Intestine” has to be an incredibly small and stupid group. After all, they have raised their hands and said “Yes! Please send me colon cleanse so that I, too, can have gallons of goop, rope-like stuff coming out of me and tell my spouse (who can’t sit on the throne all day because he has to work) about it!”

Responders to the colon cleanse pitch are the types of people spammers scour the Internet so hard to reach. So why not let them? Why not help them target their e-mail messages so they can more effectively reach the 30 to 50 morons who will buy from them per month? Think of how much less clutter everyone else’s inbox will contain.

I say we compile a CD of e-mail addresses of people who respond to pitches like colon cleanse and sell it to spammers as inexpensively as possible — even at cost. Maybe Experian or some other big data house can help. Similar to credit reports, Experian could maintain a database of these people’s e-mail addresses and rate them. Little dunce caps could symbolize how gullible they are.

Three dunce caps could mean they are a prime target for, say, get-rich-quick and pyramid schemes and Nigerian e-mail scams. And the colon cleanse responders? They get five dunce caps … and maybe a pair of swirly eyes to indicate that they’re also weird.

The CD containing this list could be called the Darwin Disk: a CD of people who are so stupid, they’ve naturally selected themselves out of the legitimate marketing universe.

The Darwin Disk also would keep the privacy whackos busy. We finally would have a database of people who truly are as stupid as so-called privacy advocates contend the entire consumer population is.

How about it, Experian? Want to take one for the team? 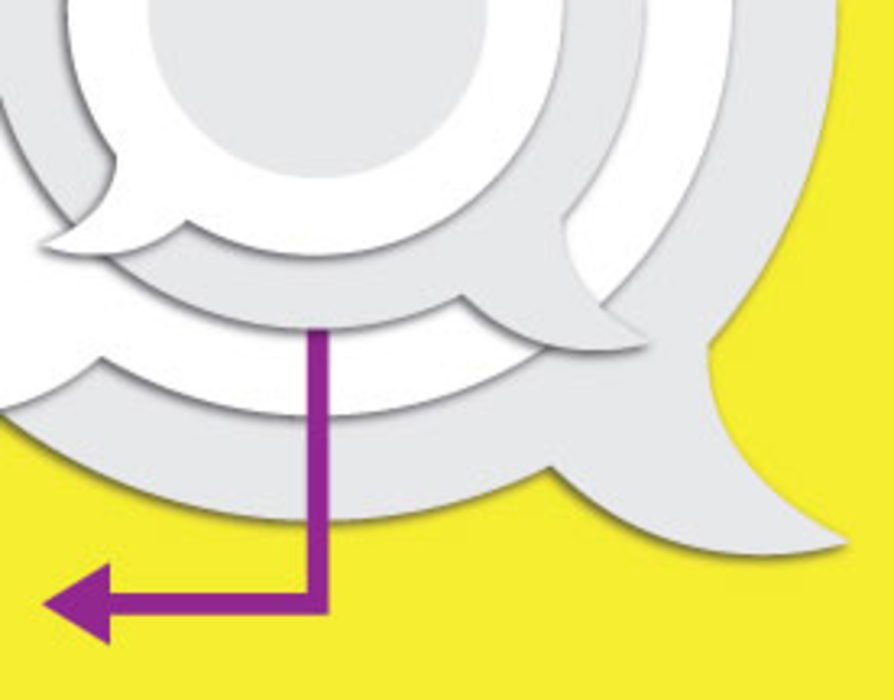 For many, the tweenage years can be defined by a single word: awkward. Recalling the pre-pubescent period often…

HSN has partnered with Sony Pictures to launch an integrated campaign for the upcoming film ‘Eat Pray Love,’…