Clicks to Bricks: Why Online Retailers are Opening Physical Stores

Online shopping is going to takeover physical stores. You have invariably read this statement or a variation on it somewhere over the past couple years, where the author praises the future of e-tailers and e-commerce while eulogizing the past success of brick-and-mortar locations.

Over the past couple years though, traditional online retail companies have opened more physical stores than ever across the country. Most recently, Amazon told WSJ, plans to open its first New York City bookstore in Manhattan’s Time Warner Center. The 4,000-square-foot store is slated to open in the spring in the Shops at Columbus Circle on the edge of Central Park.

Additionally, the company has joined the fray by opening convenience stores in October and physical book stores in 2015.

Its Zappos unit has a store near a Kentucky distribution center and once operated  outlets in its hometown of Las Vegas; and its Quidsi unit ran a cosmetics store in Manhasset, N.Y. Amazon last year opened a warehouse in Manhattan, from which it offers one-hour deliveries, a service known as Prime Now.

The official move to physical stores was seen by many as Amazon’s latest development in its ongoing multi-front war with Wal-Mart, which purchased Jet.com to bolster its own online operations in August.

Yet why is Amazon, which was founded in 1994, and many other online retailers, such as Google, M.Gemi, Warby Parker, Bonobos, AHA Front, Pintrill and The Arrivals, opening physical stores now?

The retail market, according to Census, a division of the Department of Commerce, is the healthiest it has been since 2014.

Recently announced US retail sales figures show a 0.8% rise in the most recent month with the previous month being revised up to 1%. That’s the strongest back-to-back performance since March 2014. It shows that the consumer, and that backbone of the economy which is consumer demand, is back.

At time of writing, the holiday retail numbers have yet to be officially released, but a PwC report showed shoppers planned on spending 10 percent more this past holiday season. And consumers with annual household incomes less than $50,000 will increase their percentage spending levels even more than consumers overall.

While PwC expects a 25% increase in digital sales and mobile shopping, the physical store remains king of retail. Despite preditcions of brick-and-mortar’s decline, $3 trillion out of $3.4 trillion, or almost 90% of retail sales in the U.S. are represented by brick-and-mortar locations.

“Many customers want to have an experience that allows them to hold and touch and in some cases, try on, the products,” said Brendan Witcher, principal analyst at Forrester. “Many shoppers still relish the experience of walking into a store and walking out with merchandise.”

To maintain this experience and combat the accessibility of online retailers, traditional brick-and-mortar companies, starting in 2014, created options like “click and collect,” or “buy online, pickup in store”: BOPUS.

Companies such as Macy’s and WalMart established programs that married the advantages of online shopping with the advantages of traditional stores, namely the ability to get a product fast, and to see and touch it.

The success was tremendous, as 69 percent of shoppers who used click and collect in the 2015 holiday season purchased additional items while picking up in-store, according to the International Council of Shopping Centers. Its survey, which polled 1,014 consumers from December 28 to December 30, also found 36% of shoppers using those types of services made another purchase in an adjacent store at the time of pick up.

Amazon had tiptoed into brick-and-mortar retailing in recent years, through kiosks in shopping malls where it sells devices and Amazon-branded cases and apparel. It also has set up locations on several college campuses where students can speak to Amazon representatives and pick up or return packages.

Yet in 2014 Amazon opened its first brick-and-mortar location, which served as a mini-warehouse to accommodate couriers and customers in New York with one-day delivery.

The success of the location, according to Witcher, propelled not only Amazon to open more locations but other online retailers, as well.

The difference in approach by online retailers opening a physical store manifested in a variety of ways for the customer experience.

Whereas Amazon set up permanent locations, Google continued to take the pop-up approach, announcing in November the opening of a temporary retail space that will demo its recently released Pixel smartphone, the Daydream View VR headset and Google Home, a home assistant device.

Once online-only enterprises made similar moves. M.Gemi began last year as a web-based, direct-to-consumer business selling its own line of high-end Italian-made shoes that cost about half as much as similar luxury goods.

In September, it opened its first brick-and-mortar store in New York. There is only minimal inventory in the store: The vast majority of purchases are shipped directly to a shopper’s home, just like online purchases. And if shoppers do not want to make a purchase on the spot, store staff can add items to their online shopping carts for later consideration.

The minimalist approach has been adopted by eyewear brand Warby Parker and men’s wear brand Bonobos. Both started out as online retailers, but now have an extensive network of physical stores. None of these stores carry inventory. Shoppers can try products on, but then place orders to have purchases delivered.

Other digitally driven companies, however, are opening physical stores that do have products in stock. AHA Front offers home and personal accessories, including sculptural ceramic vases and angular beer glasses. Pintrill sells fashionably whimsical pins. The outerwear brand The Arrivals is running a pop-up shop in New York through the end of December.

It’s clearly time for both traditional brick-and-mortar and online retailers to consider innovative ways for the channels to converge in the future.

Launched in collaboration with Women’s Wear Daily, the report explores the idea that brands and retailers are increasingly putting innovation at the core of their strategies. This relates to everything from digital integration through to the more future-looking technologies which are helping to shift their businesses forward.

This past year, companies such as The North Face and WayFair have already begun to experiment in this space.

The North Face, for instance, works with a tool called the Fluid Expert Personal Shopper powered by IBM’s Watson cognitive computing technology, which enables users to have more intuitive search experiences thanks to its natural language processing capability.

“The marketplace requires our company and brand to be nimble, and as a leader in the industry, we have to maintain constant evolution in our consumer relationship and engagement,” said Erik Searles, vice president to consumer at The North Face. “The market today has just become much more seamless with technological interaction.”

On the other hand, the Wayfair R&D team of seven employees began its AR and VR work by digitizing its catalog and creating 3D models of products to be used for photographic rendering. This spawned the creation and development of WayfairView, an AR application for Google’s Tango platform, where users were able to engage with 3D models of products in their home.

“We think the future of online shopping is rooted in VR and AR technologies – applications like WayfairView and IdeaSpace offer users the ability to visualize our products like never before,” said Mike Festa, the head of Wayfair’s R&D lab. “Home goods is one of the last remaining industries that still retains a strong brick and mortar presence, and we believe that there’s an opportunity to further accelerate the shift to online for this category through VR and AR technology.”

Retailers could conceivably make a larger push in these innovative directions. However, Witcher cautions against placing too much attention on the future technologies, if it is at the cost of current strategies.

“The VR and AR market is not a flash in the pan; it’s just the pan is not hot yet,” Witcher said. “We are still a few years out from these technologies having any real-world effect on the retail market, so companies should buckle down on the customer’s demands of today – those tangible experience, the omnichannel accessibilities.”

In an age of geo-location, customers and companies have never been more in tune. Companies have become more interested than ever about a consumer’s whereabouts, and customers have been more willing than ever to share this data for better deals. Location data allows companies to hyper-personalize marketing campaigns, deliver location-based promotions and place timely mobile ads. In return, consumers are able to use geo-location for delivery services, taxi-like services, moving companies, airline updates, food suggestions, clothing tips, fitness tracking. and a multitude of other options.

“A retail business can pay for a Snapchat geo-filter nearby their location. These filters are fun, graphic overlays that can be applied to a user’s snaps, or photos,” said Ed Terpening, an industry analyst at Altimeter. “The consumer may use the geofilter because they find it creative and fun, or, as an incentive, the business can offer a discount for consumers who use the filter, expanding reach for their store to the social connections of each Snapchat user of the filter.”

Companies like Walmart are now able to advertise directly to the consumer with their SavingsCatcher feature on the mobile app. The app RetailMeNot, in a similar vein, pings a user’s phone when they are passing a store with a deal or promotion.

“It’s getting more interactive, more personal, and brands are humanized now more than ever. And the more they understand about their communities, the more personalized and interactive the content is going to become,” said Darryl Villacorta, a social media strategist at Sprout Social.

If analytical and data patterns are to be believed, there are several significant factors to take into account when it comes to the future of geo-location and retail. First and foremost: The platform. Individuals can use geo-location via smart wristwatches, cell phones, tablets, laptops, desktops, and even gaming systems.

“It’s only a matter of time before these platforms are able to geo-locate experiences in time and space, and produce relevant ads and reviews about local companies for the user,” said Susan Etlinger, industry analyst at Altimeter Group.

If retail companies – online or brick-and-mortar- hope to remain relevant in this ever-evolving field, a Zeta Global survey said, they need to consider how, where and when to reach out to a customer.

Shedding the durable and familiar skin of Hybris, SAP’s front office portfolio re-emerged this summer as the SAP… 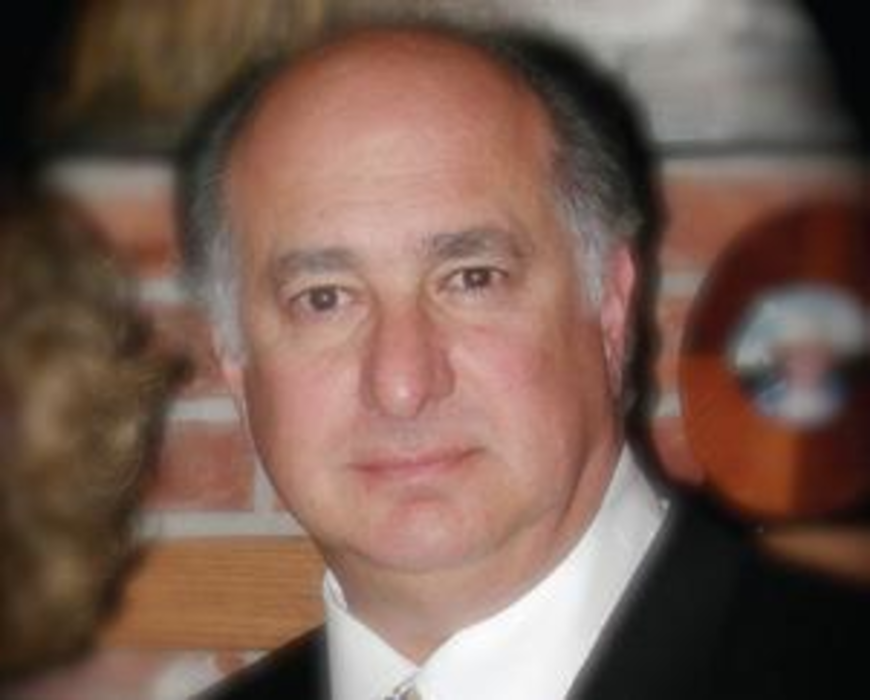 In the category of the medium is the message, I received a DM piece from Mercedes that I…