Choosing a CRM Vendor? Have I Got a Story For You

A few years ago, before customer relationship management became a buzzword, my former company had a problem — we were growing so fast that we were crushing our existing systems.

An Internet start-up, we had not anticipated how scalable the system would have to be to support the popularity of our sweepstakes site. At its peak, the site was processing 800,000 prize entries per day, adding 24 million rows of transactions to the database each month.

Enter the direct marketing department. We understood the promise of the Internet. We had seen how effective online direct marketing could be. We had won awards for turning our Web site into an opt-in e-mail and lead generation machine. Our success spurred us to expand our e-mail efforts. We created a daily reminder newsletter that quickly grew to 500,000 subscribers, launched a series of special-interest newsletters and put our opt-in list on the market. Before long, we were sending e-mails at the rate of 40 million per month and had nearly brought the system to its knees.

By this time the database had grown to 150 million rows, and querying it to generate targeted lists had become extremely cumbersome. To ease the strain, we began to search for software tools that would increase capacity, streamline processes and provide more sophisticated capability.

Our wish list did not seem unreasonable. We wanted to run large queries quickly, personalize e-mails based on various data fields, send e-mail and manage bounces and unsubscribes, sniff connection speed and send HTML or text accordingly, keep a promotion history of what members had received and responded to, set up test panels and track results through to conversion. We also wanted modeling and analytics tools that would give us an accurate view of our members and identify potential opportunities. Ultimately, we wanted a central command center to manage all of our systems.

Our first stop was our inhouse technology department. Tech resources can be spread thin in an Internet start-up with multiple priorities, so the department recommended that we hire outside developers to build a custom tool. The developers underestimated the scope of the project, and after they missed several deadlines, we were forced to abandon the project.

We then hit the convention exhibit hall circuit and identified several promising software solutions. We chose the one our chief technology officer believed would be best able to handle the size of our database and would create the least havoc for his department. As part of due diligence, we spoke to the provider’s clients and heard nothing but rave reviews. However, no one had actually completed its implementation and no one was using it the way we would be using it. This should have been a red flag. But we needed a solution, and we went forward anyway.

We were told we could expect to be up and operating in eight weeks. The installation was completed on schedule, but the system crashed every night trying to update the database, now at 200 million rows. The only solution, we were told, was to wait for the new release, which was still in development. It would solve all the problems, but also would require substantial additional investment in hardware. This was unacceptable, so we moved on yet again.

Finally, we found a partner that could deliver what we needed. At first, we encountered some of the same problems we faced before, and in the initial stages it was touch and go.

What turned the tide and allowed this provider to succeed where others had failed?

First, the provider agreed to a proof of concept that demonstrated to us that its system could do what we needed. Second, we created a summarized version of our database, which made it more accessible and reduced the load. Third, the provider created a custom application service provider tool and provided dedicated hardware and bandwidth capacity to us. Once we got the basic tool running, we developed a spec for the remaining functionality that was successfully developed in three phases. We had gotten smarter over time, and that helped us identify the right partner and then collaborate with that partner to succeed.

This is a very specific case — a snapshot of a start-up — but there are useful lessons that can be generalized for any business considering a CRM project. Not many companies build their databases or decision-support systems thinking, “How should we build this so that we can have a successful CRM implementation someday?”

Businesses develop dynamically and must be flexible enough to respond to new information as it comes in. Database systems are often highly decentralized and may consist of a series of patches commonly known as legacy systems. It is messy, but inevitable. Because companies are so idiosyncratic, a one-size-fits-all CRM tool does not exist. To expect that you will find such a magic bullet is unrealistic.

If your company decides to embark on a CRM project, consider the following suggestions that may help you succeed:

• Clearly define your goals. What are you trying to get the technology to do? Prioritize the list so you know which are the must-haves.

• Quantify what you expect the outcome to be. If it is increased sales, how much of an increase is needed to justify the expense? How long does it take to get to break-even?

• Before you engage a supplier, take a cold, hard look at your existing systems and see what you can do to correct problems. The experts are usually inside the company, and it is worth the time and effort to get your house in order. The self-evaluation will provide a good foundation for the job spec you create with the supplier you select.

• Find the best tool for the problem you most need to solve. All CRM tools are not alike. Some focus on customer service while others focus on sales force automation. Others concentrate on integrating marketing programs across multiple touch points.

• Make sure you are not the guinea pig. Once you have identified your goals, find a provider that has successfully delivered a similar project.

• Have realistic expectations. A phased approach is advisable in which Phase I targets the area that will have the greatest impact in the shortest amount of time. The greater the complexity, the more money you will spend on high-priced consultants and the greater your challenge will be to convince senior management of the value of the project.

The ideal behind CRM technology is the holy grail of marketing, not the technology itself. If you have quality products and services, and do a good job of communicating with your customers, you will keep them satisfied and increase their lifetime value. When successful, CRM technology enables one-to-one marketing and helps you to speak to your customers with one voice. 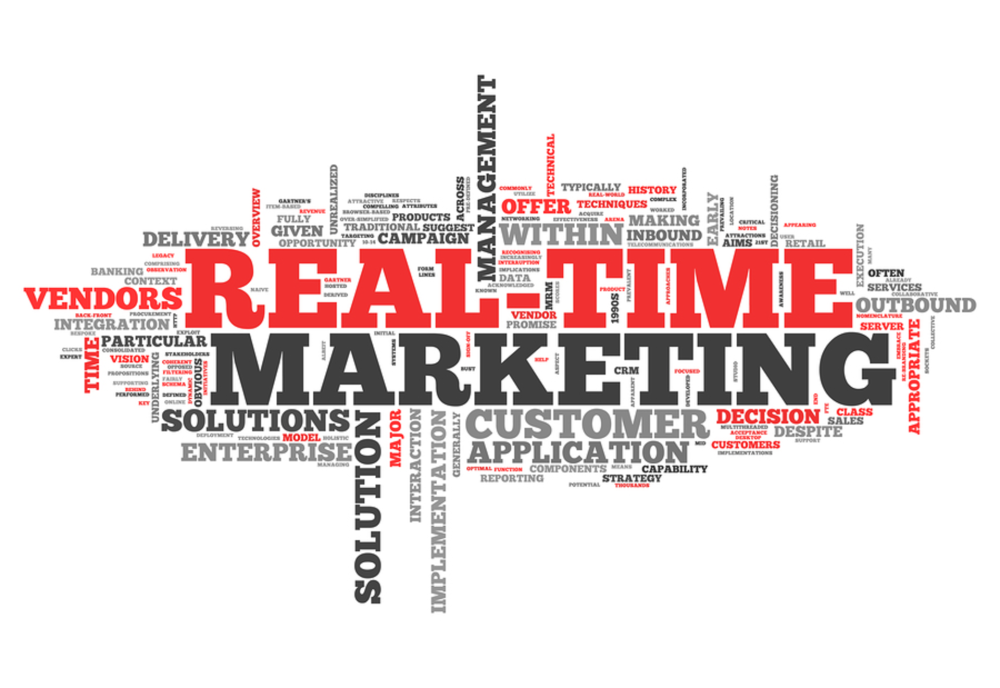 Today’s got-to-have-it-now news obsession may actually be a boon to marketers, according to a survey from Wayin. The…