BOSTON – Alternative delivery methods for direct mail is a hot topic right now because of the recent postage increase, and one of the newest versions on the block offers catalogers a way to have their catalog delivered with a newspaper to a targeted list of subscribers.

The Tribune Publishing Company, which publishes 11 newspapers nationally, including The Chicago Tribune, launched Direct Delivery + late last year to offer advertisers a way to take advantage of both its delivery force and data analytics capabilities.

“We have this amazing delivery force that is delivering newspapers seven days a week when the post office is only delivering six days a week,” said Kristin Sullivan-Stoesser, target marketing manager at The Chicago Tribune, who was here at the Annual Conference for Catalog and Multichannel Merchants to tell catalogers about the program.

That delivery force is also accountable because if a paid subscriber doesn’t receive their newspaper, the company hears about it, Ms. Sullivan-Stoesser said.

The program is currently available only in Chicago but will roll out to other markets in early 2008.

The way it works is that an advertiser provides The Chicago Tribune with its mail file, which is merge-purged against a list of paid newspaper subscribers at a sub-ZIP-code level. The goal is to identify those areas where there is high percentage of matches between who the brand marketer is trying to reach and the Tribune’s subscribers.

The paper has more than 660,000 paid home-delivery subscribers for its Sunday edition.

For the other subscribers in these areas who do not appear on the brand marketer’s list, The Chicago Tribune will run a lifestyle segmentation analysis to determine if they are high-value prospects.

The cost of the program is 9 cents per piece under 3.3 ounces. By comparison, it can cost 20 cents per piece to mail a catalog via the post office. There is no charge for the use of the Tribune’s prospect list or for the analytics.

The Tribune will also guarantee a specific in-home delivery date as opposed the range promised by the post office.

The Direct Marketing Association has announced its 2008 Hall of Fame inductees. They will be inducted during the… 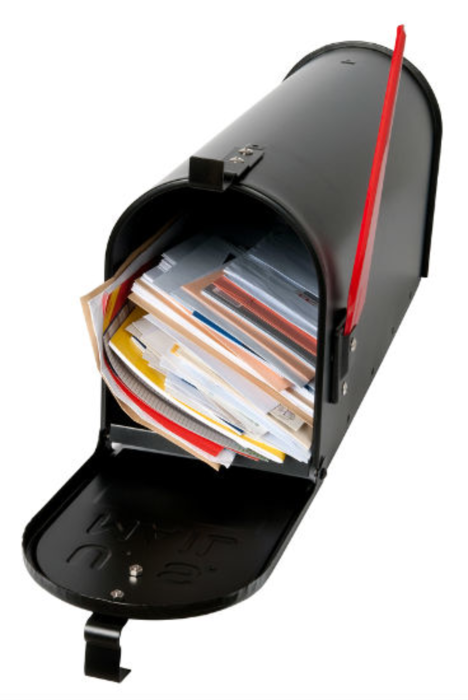 Consumers Expect the USPS to Deliver

What’s present in every household and business in the nation but remains an enigma to Americans? The mail.…