Customers today have champagne taste, but marketers are often left with beer budgets.

According to the February 2016 edition of the CMO Survey — conducted by the American Marketing Association, Deloitte, and Duke University’s Fuqua School of Business — a poll of 289 U.S. B2B and B2C marketers revealed that marketing, on average, accounts for little more than 12% of company budgets, up from 10.1% last year.

But, as marketers’ budgets increase, customer expectations also go up exponentially. A 2015 study conducted by Harris on behalf of Lithium Technologies found that 82% of the 311 U.S. corporate executives surveyed said their customers had higher expectations compared to three years ago; 60% admitted it’s difficult to please them.

Failing to meet those expectations can prove costly. In fact, 52% of those corporate execs said having to spend more money to serve customers caused stress. On top of that, 58% of executives said that increased competition put pressure on the company. Thirty percent cite rising customer turnover rates.

So knowing which channels to invest in and how much to allocate to each can be tricky, especially for marketers struggling with multi-touch attribution. Here’s what a few analysts have to say about divvying up a budget, and how an apparel company is a tailor-made example of how a company is getting it right.

It’s key that marketers remember one size does not fit all budgets. Kathleen Schaub, VP of IDC’s CMO Advisory Service, says that business models — including overall company revenue, product mix, channel strategy, and length and complexity of the buying cycle — influence where marketers invest and how much they do.

And even though Charlene Li, CEO and principal analyst at research and consulting firm Altimeter Group, says budgeting involves a “big healthy dose” of science, she also admits that it involves a lot of art.

“It’s partly because it is so difficult to know what marketing works,” Li says. “In some ways I can budget pretty clearly for the parts of my budget where I know it works, and there’s this whole other part where I just have a gut feeling that it works.”

The paid channel perspective, she says, takes a traditional approach to budgeting and focuses on the actual direct response or advertising medium. It’s the idea that if a marketer puts a certain dollar amount into a channel, he or she should be able to generate another amount in return. But she says that the marketing perspective takes a more holistic viewpoint: It acknowledges that marketers need to invest in the entire customer journey and optimize it based on analytics — if they hope to close a sale.

“You know all that pre-contact dollar spending is making a difference,” she says, “but you have to be a pretty sophisticated and advanced marketing department to be able to make that effective.”

Focus on consumers is essential

An unwavering focus on customers is also imperative to choosing the right budget. As for the customer perspective, Li says marketers need to work with other departments, such as sales and service, to form “one revenue team” and budget and then align their plans and offerings for customers. She says that will allow various teams to grow their customer insights, relationships, and wallet share.

“If I can focus on the needs and wants of that particular audience and hyper-serve those needs, I don’t need a personal introduction,” Li says. “I can see their behaviors. I can anticipate what they are and address that need, in some cases, before they’re even aware that they have that need.”

Li says that the paid channel perspective is most effective, largely due to marketers’ ability to calculate each channel’s ROI. “It’s predictable,” she explains. “I can measure and tweak it.” Li says that the marketing perspective can be effective, too. But she reminds marketers that it requires a sophisticated team to drive results. And, frankly, not many marketers are there yet. According to IDC’s 2015 Tech Marketing Benchmarks Survey, marketing executives are dedicating 83% of their total budgets to customer creation stages — exploration, evaluation, and purchase. Only 17%, however, is allocated to loyalty creation, such as the expanded, renew, and advocate stages.

Li also explains that the customer perspective of budgeting is newer than the others, but some brands are taking it on. Deckers Brands — the footwear, apparel, and accessories company that owns UGG — numbers among them.

How Deckers does it

When Jim Davis joined Deckers as VP of marketing orchestration and consumer engagement in March last year, he knew that the organization wasn’t making sophisticated marketing investment decisions — mainly due to siloed budget views and disjointed performance metrics. He says that the company’s e-commerce professionals performed low-funnel data-driven activities — such as paid search, email, direct mail, and targeted display. These activities were tied back to sales via single-click or distributed-click attribution. The team would then invest, or divest, in the channels based on their performance.

Deckers’ marketing team, however, based channel investments only on impressions. Davis admits that there were small pools of money used for traditional advertising — like in-mall creative or print ads — that had “very little measurement of any kind going on.”

“The belief was that if we got people to see [our brand marketing], then our story would be so compelling that we would hit our revenue numbers,” he says, “which is a little bit like fate-based measurement in some way.”

Davis wanted to have a consolidated way to measure the effectiveness — or lack thereof — of all Deckers’ marketing and distribution channels. He then wanted to use this insight to better align its budget planning with revenue targets. He also hoped to create a more interdependent environment in which different departments would better understand their colleagues’ spending habits.

So after a few months of selling the idea internally and gaining executive buy-in, Davis decided to pool the money from e-commerce, brand marketing, retail stores, and co-op marketing initiatives, such as wholesale activities, to create one unified budget.

“All of that is thought of as a single bank account now. We optimize against it to achieve the revenue goals that we have on a fiscal-year basis,” he says.

To help meet his budget planning and measurement goals, Davis turned to ThinkVine — a marketing-optimization software that uses predictive modeling to help marketers attribute and optimize cross-channel marketing. It’s also a tool that was designed to forecast effective spend.

So Deckers uploads industry data — along with historical marketing and sales data — to ThinkVine. The industry data includes everything Deckers knows about its industry, like how fast it’s growing, how big the marketplace is, and how many stores it has.

The historical marketing and sales data include the amount of money team members spent on various marketing activities over the past few years broken down by week and channel. Deckers also must report how much revenue each channel generated over the same time period.

Once this information is entered, Deckers creates a virtual marketplace in which it can run different marketing activities and see how simulated individuals with various traits respond, as if they were in the real world. The marketing team can then compare those simulated behaviors to a control group and its historical marketing and sales results, which helps the brand’s team forecast future marketing channel spend and expected return — as well as optimize its budget planning.

Davis says that the team at Deckers will create one tentative budget during its annual budget planning cycle, but then conduct agent-based modeling monthly to adjust its spending as needed.

Deckers used this technology for UGG North America and it saw what Davis calls a “dramatic -improvement” in ROI by putting some of Think-Vine’s predictions into place from October to early January, the all-important holiday season.

“We had moved a lot of money out of some ineffective tactics,” Davis says.

He says one such ineffective tactic was branded paid search. Davis says that the brand spent a lot of money bidding on terms such as UGG, UGG Australia, and UGG boot to stay competitive with retail partners who were doing the same. He learned, however, that the channel wasn’t producing the incremental value expected. Davis also discovered that out-of-home advertisements, such as billboards or taxi tops, were more successful in some cities versus others.

Davis points out that he would still like to improve in some areas, such as optimizing e-commerce through recommendations and non-branded search. However, if there are two lessons that this experience has taught him, it’s that marketers need to follow the data — not their gut — when planning their budgets. And, of course, always stay nimble.

“The marketplace is constantly changing, too. So, it’s not like whatever we see today may be our reality six to 12 months from now,” he says. “You have to stay on top of it and keep forecasting.”

No matter which approach marketers take, they should keep a few common pieces of advice in mind.

Altimeter Group’s Li reminds marketers that they need to invest in the right people if they want to get any marketing initiatives up and running.

“[Marketers] always forget that you need people to actually execute these plans,” Li says. “It’s sort of a hidden thing.” In fact, she says that leveraging employee advocacy can be a great way for marketers to drive earned media for little investment.

Of course, execution can’t be anyone’s sole focus. Despite their ever-growing to-do lists, IDC’s Schaub advises marketers to dedicate a portion of their budgets to measurement so that they can actually discover what’s working. Andrew LeClair, research analyst for IDC’s CMO Advisory Service, discourages marketers from basing their investments solely on what has worked in the past, and Li encourages professionals to put aside at least 5% to 10% of their budget for testing and experimentation.

And if there’s one area in which analysts agree marketers should invest more, it’s data. However, LeClair points out that it’s not enough for marketers to simply acquire more data. They have to be able to digest, interpret, and utilize information to identify what’s working and, as a result, earn higher budgets from the C-suite for these profitable areas.

Schaub summarizes it best: “Data is the only thing that is going to turn the lights on,” she says. “Otherwise, you’re going to continue to work in the dark.” 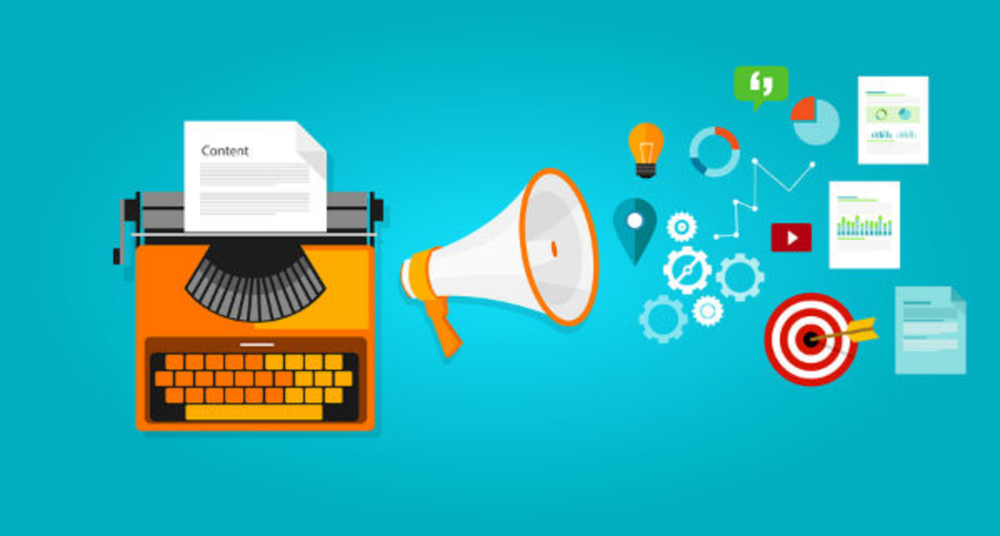 Humans are naturally curious, and they value discovering information on their own terms. And with the influx of…

Ditch The Slides, And Other Ways To Make Marketing Meetings More Effective

The dog days of summer are here, which means more employees may have their mind on the beach,… 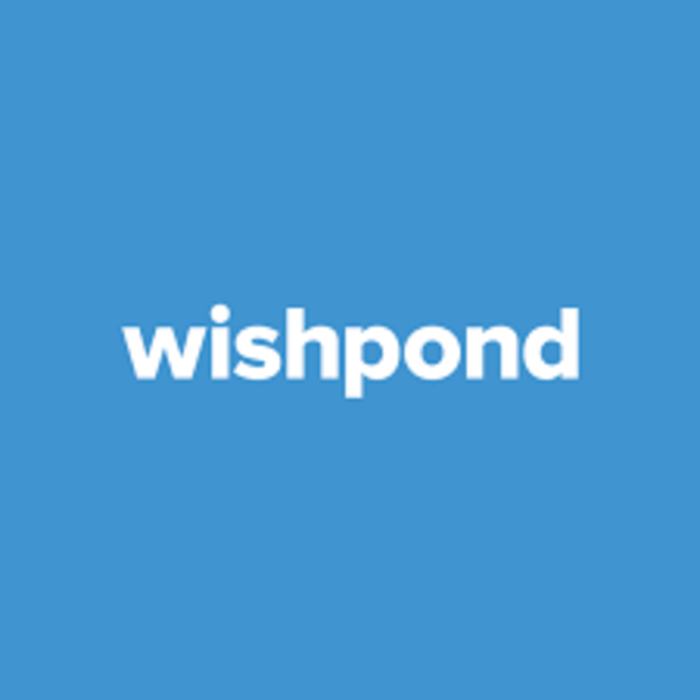 If the enterprise marketing suite market continues to be contested between four or five big players, the small…