Changing of the guard

The recent departures of Sharper Image Inc. founder/CEO Richard Thalheimer and one of the original members of J. Crew, director Emily Scott, was news because these industry stalwarts lived and breathed their brands for so many years.

Sharper Image’s sales have been tanking for a while, so it’s no surprise that the company’s board wanted a change, even though the official word is that Mr. Thalheimer left the company. Officially, Ms. Scott is bidding adieu after 20-plus years for personal reasons, though J. Crew just went public in June. They weren’t the first and won’t be the last direct marketing veterans affected by the throes of change as investment capital increasingly finds its way into the industry.

“The new direct marketing, the multichannel direct marketing, is an obsessively bottom-line-oriented business,” said Don Libey, president of consultancy Libey Inc., Des Moines, IA. “It’s not about entrepreneurs, it’s about analytics and metrics. So we are seeing a transformational change in leadership. It’s great for financial success but very disappointing for creativity, passion and innovation.”

With 70 percent of the privately held DM companies expected to be up for sale in the next five to 10 years, the trend will only continue, Mr. Libey said.

“There have been a lot of people who have gotten out in the past 10 years, even more in the last five years,” he said. “Over the next five years, there will be a real rush.”

These changes in the industry aren’t only a function of the invasion of number-crunching MBAs, said Kevin Hillstrom, author of “Hillstrom’s Database Marketing: A Master’s Complete Method for Success” and host of blog Mine That Data .

“Twenty years ago you could do a lot of things from a gut point of view and hit home runs that way,” Mr. Hillstrom said, but the Internet has changed all of that.

Because the online channel is metrics driven and involves a lot of infrastructure, direct marketers lack the flexibility they once had.

“The online channel makes it tougher to try big things and to do things quickly,” Mr. Hillstrom said.

Then there’s the fact that the DM industry was founded and built by a group of visionaries who are reaching retirement age and may want to spend more time with their grandchildren, said Michael Muoio, president/CEO of Lillian Vernon , which moves to Virginia Beach, VA, at the end of this month. Any changes “are a condition of the maturation process versus some isolated trend,” he said.

Lillian Vernon, the businesswoman, provides an example both for and against this theory. When she sold the company that she built over many years to Zelnick Media in 2003, Ms. Vernon stopped being involved in the daily running of the catalog, reportedly at Zelnick Media’s request. But this year Lillian Vernon was acquired by Sun Capital Partners, and Ms. Vernon is again active in reviewing products and page layouts as well as mentoring a new generation of merchants, including the CEO.

The catalog suffered from Ms. Vernon’s lack of involvement, Mr. Muoio said, as “she has an intimacy with our customers. We want her involvement – we consider it valuable.”

Finding a place for creativity

Change can be hard, but may not be bad.

“Big money coming into the [DM] industry is a good thing,” said Claire Gruppo, president and managing director of investment banking firm Gruppo, Levey & Co., New York. “If you have institutional capital coming into an industry, the new leaders are likely to be more focused on results than owners/operators might be.”

None of this is to say the industry has no room left for entrepreneurs.

“You will continue to see creativity but it will be in the startup realm,” Mr. Hillstrom said.

Many people he has worked with in the past 10 to 15 years are starting their own businesses, Mr. Hillstrom said. As their own bosses, they can focus on the merchandise and the customer, which is a lot more exciting than dealing with the bureaucracy of a large company.

“There’s always going to be innovators,” Mr. Libey said. “There’s just going to be a lot less of them because the price of the game is a lot more.”

“I am right now looking for 12 senior executives,” he said. “Good talent is scarce.”

Along with people leaving the industry, the remaining good people have been snapped up by private equity groups to safeguard their investments, he said.

In the end, the story isn’t so unusual. Entrepreneurialism and big business are mainstays of the American landscape, and many industries, as they’ve matured and proven themselves to be moneymakers, have been transformed by MBAs.

Take the beauty industry. In the past century, it was built from the ground up by personalities such as Estee Lauder, Helena Rubinstein, Elizabeth Arden and Charles Revson, the founder of Revlon. Today, conglomerates like Procter & Gamble, L’Oreal and Estee Lauder, the publicly traded, multinational corporation, dominate.

However, what the DM industry faces may be unique in one aspect.

“What is unusual is the confluence of the baby boomers reaching retirement age, the tremendous success of the industry due to technology, the growth in online sales and the huge bankrolls in private equity,” Mr. Libey said, meaning more acquisitions and more DM veterans hitting the road.

Credit card operations service GE Money said the personal and contact information for about 650,000 customers of up… 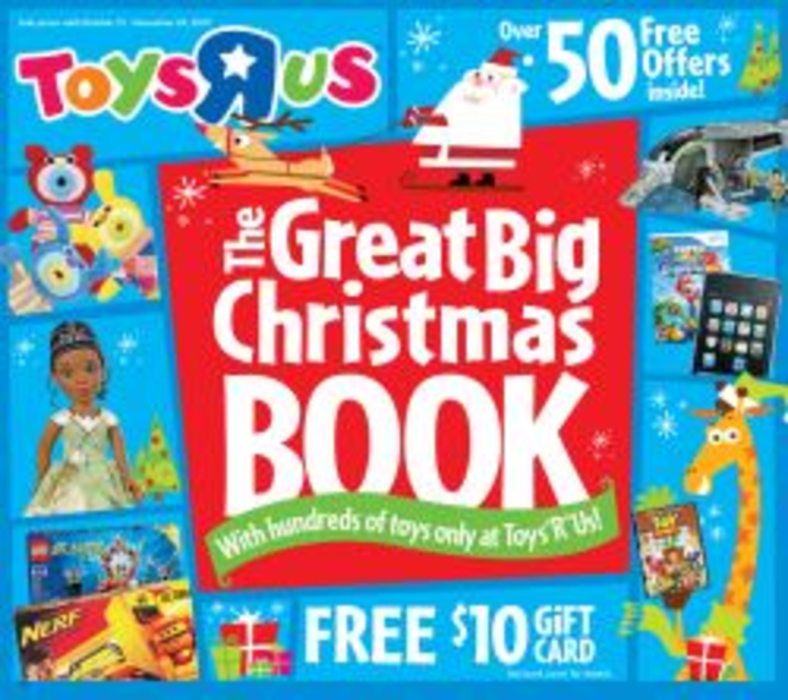 Toys “R” Us’ holiday campaign is in full swing two weeks before Black Friday, the traditional start of the…