The economy is shaky, the market is horrible, yet we have seen some of the bigger deals in the history of catalog marketing in the past few months. And more transactions at handsome valuations may be on the way.

Since the fourth quarter of 2001, my partner, Mark Swedlund, and I seem to receive calls from equity funds, venture capitalists and others seeking opportunities in the catalog arena every week.

This is quite a change from what we have seen historically, when most calls were about one cataloger interested in buying another cataloger. For years, the primary equity investors in catalogs were small funds, but now we’re seeing deep-pocketed firms show an interest. True, there were a few well-heeled firms such as those that backed Cornerstone, but overall few equity firms showed interest in catalogers and even then only in the context of a roll-up strategy. Rarely did a fund invest in a single small company based on its concept alone (with a few exceptions like Dorset Capital’s investment in Napa Style).

Major recent transactions include Sears’ purchase of Lands’ End at a price greater than its last-12-month sales; Cortec’s purchase of Dr. Leonard’s, which published reports peg at seven to eight times EBITDA (Earnings Before Interest, Taxes, Depreciation and Amortization); and Riverside Capital’s purchase of the venerable J.C. Whitney. Are these a coincidence? Partly, but mainly they are a function of market trends. Here are a few of the trends we have identified:

After torrid investment in early-stage companies, tech and Internet start-ups, the world has changed. Equity funds seek steady, predictable earnings. Large catalogers, both consumer and business, and other types of database marketers are well-positioned for this market mentality. In the past decade, catalog marketing has gone from being seen as a subset of retailing — especially in contrast to Internet, telecom and tech — to a mature, predictable industry best poised to take advantage of the new world of remote shopping. Venture capitalists are attracted to the catalog industry because of its staying power, predictability and ability to scale up in good times and limit losses in bad times.

Large catalogers offer investors a relatively reliable cash flow, and hence the opportunity to borrow part of the purchase price. Briefly, one must understand what motivates equity funds and venture capitalists. In a nutshell, what equity funds do is raise money from various investors ranging from insurance funds to wealthy individuals. The money they raise generally is considered high risk, and therefore equity funds must produce high returns for their investors. Most target returns of 20 percent to 35 percent annually.

Once the fund is built, fund partners must find businesses in which to invest this money. Criteria vary for each fund. Some funds like smaller deals, some focus only on manufacturing. Some prefer early-stage companies, some fund only leveraged buyouts of mature businesses. Most funds today like to invest in businesses that can support some debt so that returns can be higher as the business achieves increased profitability.

In addition, there is a question of supply and demand. Equity funds are awash in cash, and the sectors that were absorbing all that cash are the ones most out of favor in today’s market. J.R. Matthews, of Brecon Capital and owner of Walter Drake, noted in a panel at the annual Catalog Conference in June that equity funds now have $122 billion in funds that is uninvested, just sitting on the sidelines. According to Matthews, at the rate funds invested in the past six months, it would take 10 years to deploy all the cash in today’s funds. Therefore, equity partners are covering industries like catalog marketing, which were overlooked during the dot-com boom.

Long-term potential for catalog marketers in Internet marketing. Investing in e-tailers may have been a bad use of equity money, but that doesn’t mean this medium will not be a major information resource, entertainment device and shopping channel.

The Internet remains one of the most rapidly adopted technologies ever, and most prognosticators think that it has yet to approach its potential domestically or internationally. Most investors to whom we speak remain convinced that the Internet, once broadband is more universally installed, eventually will become a major shopping channel and resource and see the assets of catalog marketers as being uniquely aligned with the needs of the Internet.

We expect this interest in the Internet-friendly nature of catalogers to continue to grow. As we write this, statistics are being released showing that three of the 10 highest-volume shopping sites began as classic catalog apparel marketers: Lands’ End, Victoria’s Secret and Newport News. Another, Dell, markets completely through direct response. We would guess that many venture capitalists had never heard of Newport News until it became a major Internet player.

Investors today also have a strong belief in multichannel opportunities, including retail. One blessing of the dot-com and e-tailing investment era is that many investing professionals became aware of basic direct response principles, which have driven cataloging and all remote shopping for decades. Among these are acquisition cost per customer, customer relationship management and database marketing.

As e-tailing flamed out, the business press began chanting the mantra of multichannel marketing and maximizing the value of customers through multiple purchase points. Organizations such as Shop.org and the Association for Interactive Marketing began reporting that the best route to profitable e-tailing consisted of a catalog, bricks-and-mortar presence or both. Companies with profound multichannel strategies like Sharper Image, Coldwater Creek and J. Jill have been transformed in the eyes of investors from fossils to savvy exploiters of all channels.

Finally, related to the above, many investors think that one gets an especially good value in brand awareness when investing in catalogs. Because of the nature of catalog marketing, where every sale is supported by a heavy advertising component, catalog titles tend to be far better known by the public than retailers of equivalent size. Also, catalogers sell nationally, making them less dependent on their local economy, insulation unavailable to small to medium-size retailers. Many investors see catalog brands as holding potential leverage into additional channels over time.

Does this mean that the investment climate is good for all catalogers? No. The businesses that seem to attract the most interest these days have some common characteristics not shared by many catalogers:

• They are relatively large, more than $100 million. Fund managers have limited time to oversee their investment and normally seek to deploy a significant amount of equity. Small companies, especially those with less than $10 million in sales, generally cannot attract investment from funds.

• They are not particularly seasonal in nature. Banks and other lending sources shy away from highly seasonal businesses, making them hard for equity investors to leverage.

• They have consistent, if not spectacular, profits. Again, nothing makes the lenders more nervous than erratic and unpredictable earnings.

So what should you do if your revenue is less than $100 million? Should you forget about seeking investment? Can you find and attract the Dorsets of the world? We’ll discuss steps for those interested in finding investment capital, small or large, in our next column. 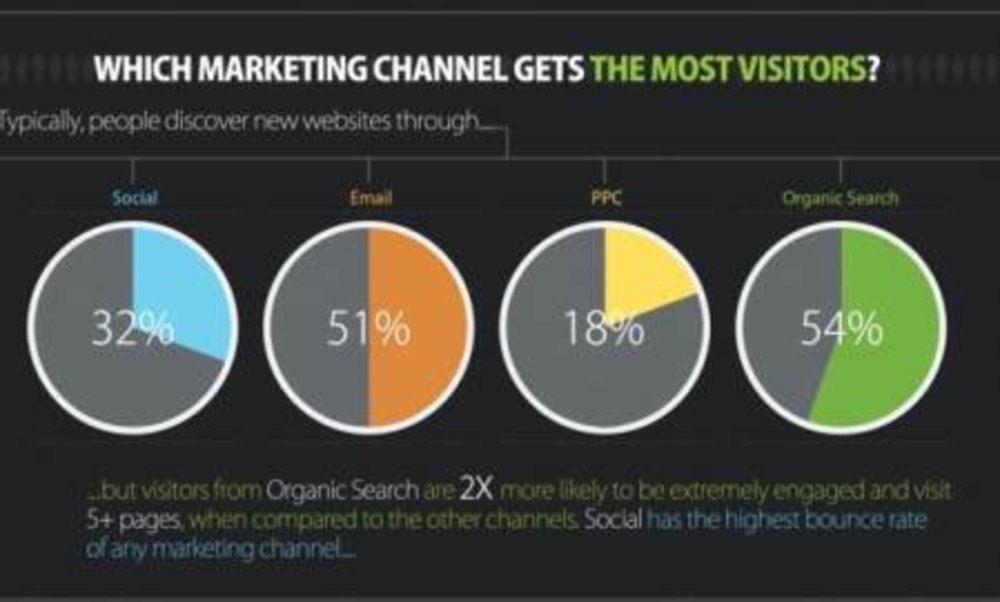 Infographic: Which marketing channel gives you the most value for your click?

Every good digital marketer is engaging customers through a variety of channels, including email, social, website, mobile and…

Planning for Higher Volume Is Risky

Realizing that postal reform legislation is at least a couple years away, and its effect even more distant,…