As losses mount, Martha Stewart Living Omnimedia Inc. is reviewing its businesses, distancing itself from its tarnished founder, increasing circulation of the one title that does not bear her name and highlighting the “Living” part of its flagship magazine.

Between the catalog and Web site at www.marthastewart.com, there are 1,000 products for entertaining, cooking, crafts and holidays, 75 of them new. While beach items and outdoor living are featured in the front, the catalog takes a patriotic theme in the back, with colonial star window swags, patriotic bunting and flag banners.

Despite Stewart's conviction on federal charges related to insider trading, the New York company obviously is not embarrassed to flaunt her name in bold type in its catalogs. Something must tell the company that consumers are more forgiving of her actions than advertisers.

“If I were running the company, I would stand up for Martha Stewart because you're not hiring her to be a stockbroker, you're hiring her to be a home designer,” said marketing consultant Al Ries, co-author of “The Origin of Brands.” “Because she's in trouble in one area doesn't necessarily mean she's bad in another area.”

Senior staff is giving Martha Stewart Living Omnimedia another review, perhaps leading to further announcements affecting the publishing, television, direct marketing and merchandising businesses. It's hard to blame them. The company reported a $20.26 million loss on revenue of $44.49 million in the first quarter versus a $4.51 million loss on sales of $58.02 million in the year-ago period.

By division, TV revenue — accounting for 11 percent of overall sales — fell 36 percent to $4.2 million this quarter. The poor performance was prompted by loss of coverage in March of its nationally syndicated daily show in a few markets after Stewart's conviction.

Sales for its e-commerce and catalog arm dropped to $5.6 million in the quarter compared with $7 million last year, despite increased sales from the Marthaflowers online floral business. The company cut its catalog circulation, enabling the division to reduce its operating loss, to $2.7 million from $8.3 million last year. The Internet/direct division accounts for 12 percent of company revenue.

Merchandising, which accounts for 22 percent of sales, was one of the few bright spots. Revenue for the first quarter rose to $10.8 million from $10.3 million in the year-ago quarter. Certain minimum royalty payments from Kmart, which sells the Martha Stewart Everyday line, accounted for that increase. The company said sales of its Everyday line at Kmart were up 6.5 percent since Stewart's guilty verdict in March.

Yet that was not enough to offset the largest setback, a 30 percent plunge in publishing sales to $23.9 million in the quarter versus $34.1 million last year. Publishing, which accounts for 55 percent of company revenue, is suffering from anemic advertising and circulation revenue for the Martha Stewart Living magazine.

That magazine, once the pride and joy of Stewart's lifestyle empire, will see changes soon. Stewart's name will be less prominent on the cover. And starting next month, her personal remembering column becomes a contributors page with articles from how-to experts. The company also has warned of a 50 percent drop in ad pages for the current quarter.

Changes on another title, Everyday Food, are more encouraging. The magazine, which does not have a Martha Stewart prefix in its name, will increase its rate base — circulation guaranteed to advertisers — from 500,000 to 750,000.

“Oddly enough, the [flagship] magazine is going to be hit the most because it depends on advertisers, who are noticeably skittish when it comes to controversy,” Ries said. “Relatively speaking, the brand will do well in Kmart at retail. The average consumer doesn't have the same psychology as the advertiser.”

For many, the company's decision to downplay the association between company and founder is a logical result of the negative press.

“The fact that they're losing the figurehead is OK because you want to have the company attached to something that isn't personality-driven, because the personality always carries the inherent risk that the person will do something that damages the brand,” said Jeff Swystun, global director at Interbrand, New York. “I don't think the public believes Martha Stewart personally picked out the thread count for every sheet that was sold through Kmart. My take is that people generally think there is an army behind Martha executing on a vision that represents a certain quality, a certain lifestyle and a certain price.”

There are hopes that this Chinese-Wall strategy will persuade advertisers and shoppers to return.

“The sooner Martha's personal legal situation is certain and behind the company and the media's attention, the sooner we can look for a rebound among advertisers who are so critical to our business,” Sharon Patrick, now company president/CEO, told analysts on a conference call May 7. 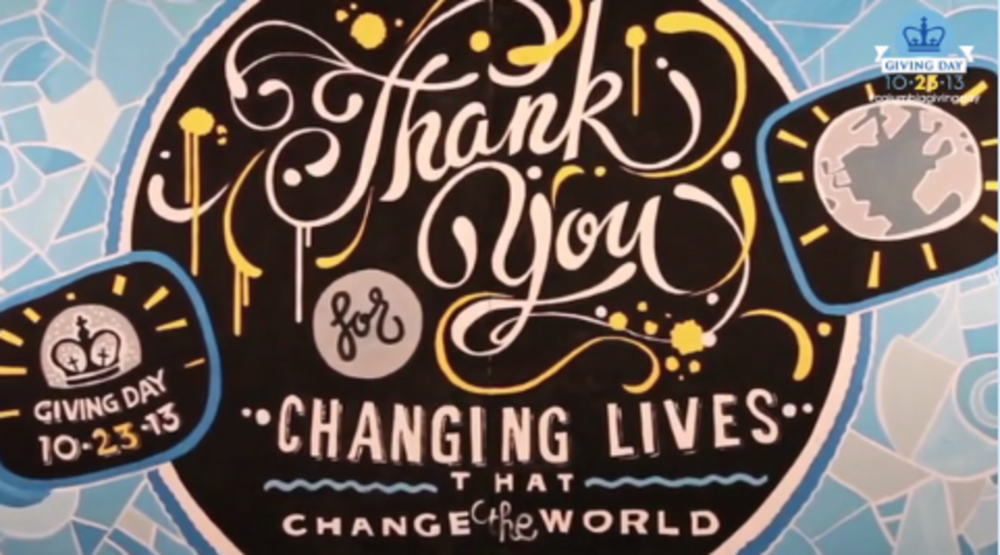 Columbia U. Puts the “Do” in “Donation”

The Objective: Universities rely on private donations to survive—and thrive—and Columbia University in New York City is no…