ORLANDO, FL – Gimmickry is part and parcel of almost every marketing tradeshow and exhibitors at the 22nd Annual Catalog Conference were not going to pass up an opportunity.

Ball point pens, candy and breath mints now are not enough to get a delegate to pause an extra five seconds after pocketing a giveaway and ask the perfunctory question: “What does your company do?”

So the catalog show suppliers went the extra mile this time to attract attention beyond drawings for gifts and the standard promotional fare.

Syntellect, Phoenix, a firm in the customer service software business, offered a Swiss Army Knife-style giveaway. The company was exhibiting at the show for the first time, introducing its Continuum product that combines live and self-hosted call center and order status applications.

“It's been a great draw,” Matthew Zahm, Syntellect's manager of product and channel development, said of the knife and bottle opener tool. “Anyone who's technical asks about it and then I sit there and talk about the company. But then I tell them to make sure you check it in at the airport.”

Frank Parsons America is a leading distributor of coated and uncoated web papers for the catalog, magazine, direct mail and book publishing markets. The Landover, MD, company had an image of a lush forest as the backdrop to its booth. What it needed was qualified inquiries.

So how do you convince a direct marketing audience heavily entranced by technology into inquiring about paper?

Hire a pretty hired hand to give away a fragrant hard paper coaster. On one side of the giveaway was the Frank Parsons name and telephone number. On the other side was an image of a book with a tree as its inner spine. The inscription said, “We're saving the forest. One catalog at a time.”

Affiliate marketing specialist LinkShare Corp. relied on free compasses for hikers to introduce the market to two products. One was the new version of the LinkSynergy Analytics suite.

“What it does is [it] gives the merchant and the affiliate a view of everything that's pertinent in affiliate marketing,” said Kevin Casper, client development manager at LinkShare.

The other LinkShare innovation was a new consolidated check system. LinkShare now can cut one check from merchants to the affiliate.

Banta Corp., a printer and supply chain manager in Menasha, WI, this time around had a caricature artist drawing visitors to its prime-space booth. The company typically uses Waltham, MA-based handwriting analyst Sarah Holmes to attract people to its booth at marketing and retail tradeshows nationwide.

Long lines at the Banta both are proof that self-interest never fails. Banta is getting better at gently probing delegates' interest in the company while they wait their turn. Brochures were positioned a few feet from the caricature artist's table.

That the T-shirt was the most popular with catalogers was evident. You couldn't turn your head without seeing that shade of green. In many cases, delegates wore it over their shirts. Omniture was offering $100 to $1,000 if its executives spotted people wearing the T-shirt. The choice was random.

The news regarding Google Inc. was that its shipper misplaced the Mountain View, CA-based search engine giant's entire booth. At least the cheerful Google executives and hired hands had small cuddly fish toys to give to visitors at its spare booth.

“We've talked to a lot of database folks,” said Sarah Engel, director of public relations and marketing at Range. “We haven't talked to a lot of retailers. But optimization has really been a rallying point for us. Everybody really wants to talk about how they can optimize an existing site or a new site for natural search rankings.

“A lot of small catalogs are talking about optimization. At high-tech technology shows it's all about paid placement. At this show, paid placement is still important, but natural search is the topic of discussion.”

Range was a first-time exhibitor at the show, so it had to make an impression beyond booth design and earnest talk. The company decided to give away two items. One was a small glider made of balsa wood, obviously to appeal to delegates' kids. Delegates said it reminded them of their childhood. It also brought out some naughtiness.

“We've heard a lot of comments about people wanting to throw these things off their hotel balconies, which we're encouraging, by the way,” Engel said.

The other Range giveaway was a simple white T-shirt.

“I've been encouraging people to wear these T-shirts at the airport on their way home,” Engel said.

The front of the T-shirt had two words: “Search me.”

SEATTLE — This writer, fresh out of a session at the net.marketing show, was in the conference's pressroom… 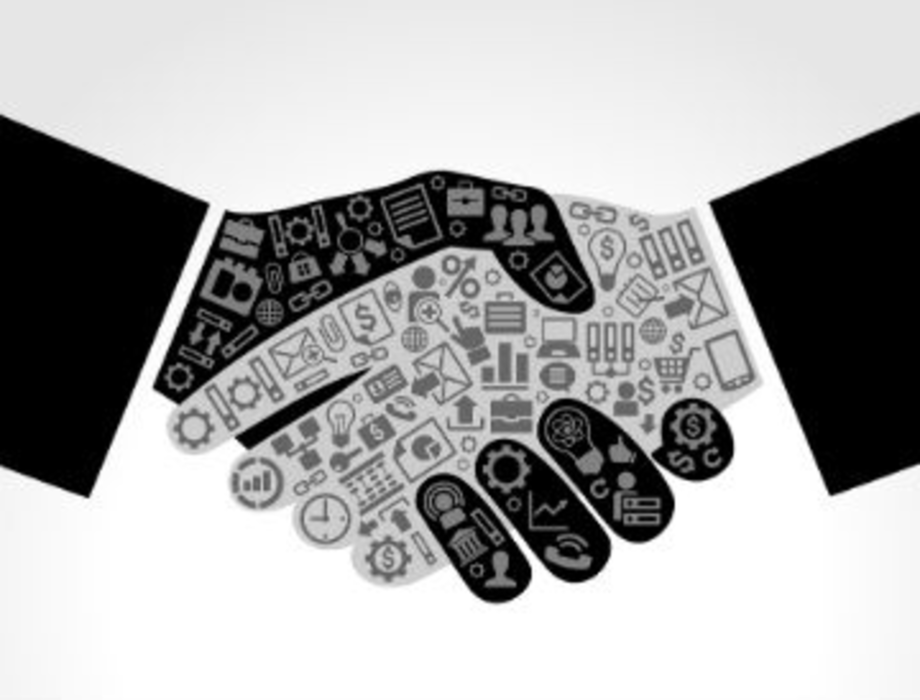 Marketing and IT can often seem like oil and vinegar: Their work flows, agendas, and objectives just don’t…