United Parcel Service Inc. and FedEx Corp. plan to raise their fuel surcharges Oct. 7 as a result of an August increase in the national average of highway diesel fuel prices reported by the U.S. Department of Energy.

FedEx, Memphis, TN, and UPS, Atlanta, adopted index-based fuel surcharge calculation methods last year based on fuel prices published monthly by the Energy Department. Changes to the surcharge take effect the first Monday of the month and are posted on both companies' Web sites prior to the effective date.

The current UPS surcharge of 0.75 percent rises to 1 percent, which applies to ground and air shipments.

“We are not happy about the change, but [the way it is calculated] is very fair, and it's the lowest in the industry,” said Steve Holmes, a UPS spokesman. “We have nothing to be ashamed of, and while we know that our customers would not like to have an increase at all, this system works well for both us and for our customers. It gives our customers some level of predictability, and they can realize the benefits when the fuel prices go down.”

The FedEx Express surcharge of 2.5 percent jumps to 3 percent, and the FedEx Ground surcharge rises from 0.75 percent to 1 percent.

Airborne Express, which does not base its fuel surcharges on the Energy Department, raises its surcharge Oct. 7 from 2.9 percent to 3.5 percent for all air express shipments moving through its transportation network. Airborne said it regularly tracks fuel charges and will change based on fluctuations of fuel prices.

This surcharge applies to all domestic, Canadian and International Express shipments. Airborne also will increase the fuel surcharge for its Ground Delivery Service and [email protected] shipments from 1.0 percent to 1.2 percent on the same date.

“Our cost of fuel, especially jet fuel, has increased significantly in recent months,” said Carl Donaway, chairman/CEO, Airborne Inc. “Our company uses millions of gallons of jet fuel each year; the higher price causes a considerable increase in our operating expenses that cannot be fully absorbed or mitigated by our ongoing cost-reduction efforts. We will continue to monitor fuel trends carefully and make additional changes to the fuel surcharge as warranted.”

“Carriers and shippers have found that implementing a fuel surcharge is a more suitable approach than having to modify their shipping charges with frequent changes in fuel prices,” said Satish Jindel, a transportation consultant at SJ Consulting Group, Pittsburgh. “This approach helps with auditing charges and eliminates extra IT work involved with changing rates in the manifest systems.”

Jindel also said that the increase in October is so low that “it is not a big deal.” 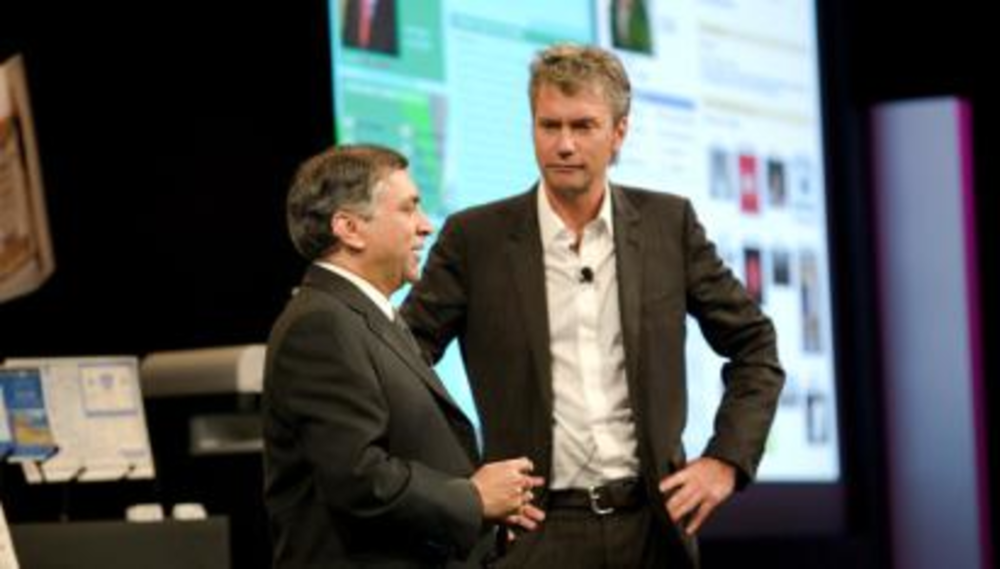 HP looks to partners for growth

Focusing on how it will capitalize on the transformation of print from analog to digital, HP announced partnerships…

Revenue from online retailing is expected to grow 145 percent in 1999, topping $36 billion by the end…