Can the Man of Steel Beat an Iron-Strong Franchise?

Superman may be faster than a speeding bullet, more powerful than a locomotive, and able to leap tall buildings in a single bound, but how does the last son of Krypton stand against the “cool exec with a heart of steel,” Iron Man? Iron Man 3 is already in theaters, but in two weeks Man of Steel will soar in to snatch some box office gold. So who will win in a head-to-head battle?

Chris Petescia, chief product officer and cofounder of new-media marketing agency Carrot Creative, says that both comic book characters have powerful legacies. Although Superman has reigned as America’s original superhero since his action-packed first appearance in 1938, Marvel has been boosting the Iron Man franchise for the past five years with three previous films, Iron Man, Iron Man 2, and The Avengers. Because of these distinctions—one franchise is rebooting, whereas the other is going strong—Angeline Vuong, strategy lead for full-service interactive agency Huge, has a hard time comparing marketing tactics between the two films.

“Iron Man has an established franchise in the sense that [it’s] able to build and cultivate giant audiences with each release,” Vuong says. Iron Man is on its third feature film and “has been able to advance, improve, and learn from what it’s done with social and digital in the past,” she adds.

And though both films are setting out to be blockbusters, Petescia argues that they’re meant to attract different demographics. He notes that Man of Steel attracts a broader audience in terms of age, as both older Superman fans and millennials will be interested in seeing a modern interpretation of one of America’s premier heroes. On the flip side, while Iron Man 3‘s action and cast still appeal to casual moviegoers, the film also lures Marvel comic book buffs.

To appeal to their target audiences, Warner Bros. Entertainment Inc. and Marvel have divergent portrayals of their modern heroes—both in their movies and in their marketing. Although Iron Man Tony Stark wasn’t born with any natural super powers, Marvel shows off this wealthy engineer’s armor and technology; contrastingly, Warner Brother aims to pull on America’s heartstrings by showing a “more relatable, more human Superman,” Petescia says.

“[Man of Steel] is a direct response to the Batman reboot, where you were rooting for Batman because you were able to identify with his struggle as an imperfect human, dealing with difficulty in his life.” Petescia says. “The ‘original’ Superman fans [those interested in the character before the popular 2001 television show Smallville] have aged and probably don’t need to be appeased as much as a new generation of fans needs to be brought into the fold, thereby allowing for this clean interpretation of the man.”

Petescia says that viewers are much more likely to establish an emotional connection with Warner Brothers’ vulnerable Man of Steel than with Iron Man 3‘s wise-cracking and defiant Tony Stark.

“I want to be Iron Man, but I empathize better with the complexity of Superman, if the light teasing is any indication of the film,” Petescia says. “I am excited to see some cool Iron Man action, which the marketing assures me I will get; but I am intrigued to discover Superman, which the marketing has me hoping I won’t be let down by.”

One prominent place where viewers can see this divergence in characters is in the films’ trailers. Darren Delichte, executive creative director of full-service digital agency Critical Mass, says Iron Man’s ability to jam action, technology, and explosives into a two-minute trailer appeals to younger viewers. And while he acknowledges that the Man of Steel movie trailer also guarantees plenty of action, he says the film tells a story, rather than sells a story, by playing up the audience’s emotional connection.

The movie posters for the respective films also capitalize on these differences. The Man of Steel posters play up Superman’s personal side rather than his indestructible persona. In one poster, he’s wearing handcuffs and is surrounded by Marines. In another, his head is bowed in shadow.

“Both [posters] speak to this being a more complex Superman,” Petescia says.

“For the casual fan, they show new gear and are blunt about the action to look forward to,” Petescia says. “For the comic fan, they show the cues, like the Hulkbuster suit, teasing ties into a comic storyline.”

Delichte also notes that the Man of Steel‘s posters direct fans to the film’s website, while Iron Man 3 directs fans to the movie’s Facebook page where there are more opportunities for engagement.

In fact, social proved to be Man of Steel‘s kryptonite. Instead of continuing the new, mortal Superman persona throughout Man of Steel‘s social channels, Warner Bros. broke away from this rich characterization faster than a speeding bullet and featured content from old Superman comic books and movies. And instead of original content about the movie, the Man of Steel Facebook page primarily posts content from other media sources, such as Yahoo! And CNN, Petescia says. What’s more, the Man of Steel microsite links to the Warner Bros. Twitter account rather than the official Man of Steel account, which only released its first tweet two months before the film’s debut. Petescia feels that this gives off a “PR broadcast” vibe and lacks engagement, as well as enticing content.

Iron Man 3‘s social channels were also not so super. Marvel gave the movie’s social presence a creative punch by creating a Tony Stark Twitter handle rather than an Iron Man 3 handle, but Vuong sees this as a missed opportunity. Tweets, for instance, aren’t written in Tony Stark’s distinctly irreverent voice.

Still, Iron Man 3‘s Facebook page isn’t just a page for a single film: It’s a franchise page that capitalizes on fans of the previous Iron Man films, as well as The Avengers. Because of this, it boasts more than 14 million likes, compared to almost 600,000 for the Man of Steel as of late April. Moreover, the page for the Iron Man franchise builds synergy with other Marvel franchise characters via links to the official pages belonging to Captain America and Thor—both of whom have upcoming movies. This drives Marvel’s overall branding.

But perhaps the Man of Steel official website will, like a blast of yellow sun, restore Superman to his rightful role as the ultimate superhero? Unfortunately, no. The Man of Steel landing page is overtaken by a trailer that immediately plays when a visitor arrives at the page. And while Vuong acknowledges that this is attention-grabbing,

she says the rest of the website is “static” and “confusing.” The remaining content—limited to trailers, a movie synopsis, photo gallery, and posters—is blocked behind the trailer.

“I would imagine that if you wanted to see the Man of Steel trailer, in this day and age, people are just going to [search] Google and probably end up watching it on YouTube,” Vuong says. “It would be pretty frustrating for a fan to keep coming back to the website and keep having to close out the trailer to navigate through the content.”

Regardless of the design, the content of the Man of Steel website is completely outmatched by Iron Man‘s. Petescia notes that the Iron Man 3 website carries out the movie’s theme of action and technology. In addition to having the standard movie trailers and wallpaper downloads, Iron Man 3‘s website has interactive features (such as music playlists and games), frequently updated content (such as a news ticker), and a call-to-action to purchase tickets.

In this battle of marketing strength and agility, Iron Man 3 came out victorious, while Man of Steel was a fallen hero. Despite the fact that both films struggled socially, Iron Man‘s channels emulated the film’s action-packed feel, while Man of Steel‘s lack of original content left the channels feeling powerless. Hence, Iron Man shows marketers that, as with Tony Stark, technology and intelligence can override super powers any day. 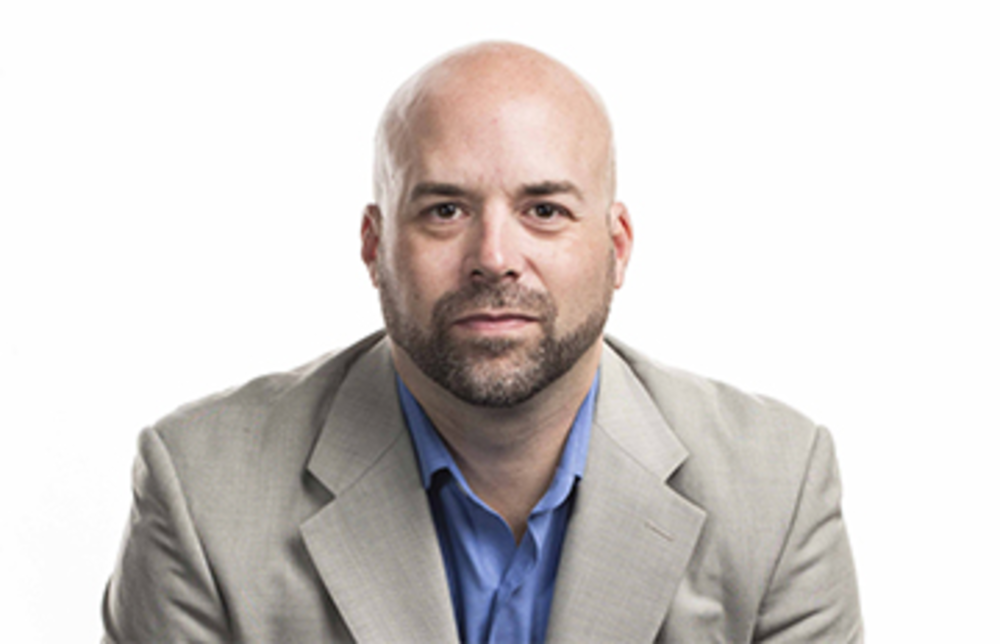 Get a Clue—on Marketing Productivity

“I think it was Colonel Mustard in the library with the candlestick.” Too often in the world of…

Is your product or service right for DRTV?

If the latest crop of infomercials and short-form direct response television commercials is any indication, this method of… 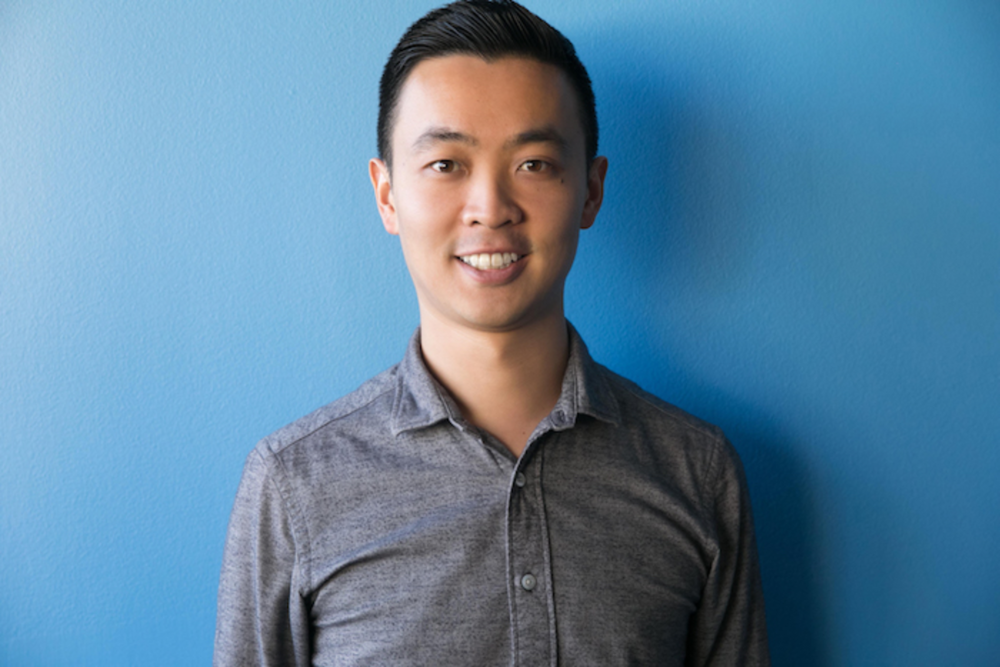 How Ad Blocking Will Save Us From Ourselves

Ad blocking has many a marketer panicking. But rather than crying, “Doomsday!” what if we took a minute…