BTB Effort Takes Ride on The Wild Side

A business-to-business campaign from a company that installs and supports software applications still draws responses from one of the two audience segments targeted even though it launched last year.

Surebridge Inc., Lexington, MA, in promoting the implementation, maintenance and hosting of a PeopleSoft application for companies' IT needs, used three mail pieces to reach the two segments.

One group consisted of 1,640 PeopleSoft customers who had attended the PeopleSoft Annual Conference in the past three years, but who did not use Surebridge. Last year's event was held Sept. 14-18 in Anaheim, CA.

The other was a list of 1,000 individuals, obtained from CIO magazine, looking to make a PeopleSoft purchase or install the software, with the names identified via a self-reporting select from the list.

Copy was personalized either to address previous conference attendees or to attract new leads.

“I would like to see that doubled in another four months,” he said. “The average sales cycle is six to 12 months.”

Regarding the conference, 13 percent of the 1,640 recipients pulled from the list of previous attendees visited the booth.

But from among the 1,000 targeted from the CIO magazine list, responses continue to come in. The response rate reached 3 percent after the first mailing and increased to 5 percent after the second mailing. It now stands at 5.3 percent.

“It has had such a long shelf life because many of the companies we targeted are large organizations, and they would keep things around longer than smaller companies, and the decision-making process is longer than for most offers,” Houpis said. “There's a lot of noise in the IT marketplace, so visibility is difficult to get.”

The campaign cost $45,000 with a cost-per-contact of $17.05, which included certain show-related expenses and premiums.

“If they are purchasing a PeopleSoft application, the campaign was designed to convince them to have Surebridge come in, install, manage and host it,” said Kathleen Aston, president/CEO of Dragon Direct Marketing Inc., Acton, MA, which conceived and executed the campaign. “The strategy we put in place had a twofold initiative — to drive attendance at Surebridge's booth and use the same creative to get new prospects to be identified nationally. Using one creative theme for the two groups was an intelligent way to stretch marketing dollars.”

The first phase hit the mail last summer with a letter mentioning the conference along with bullet points covering what Surebridge offers.

The envelope contained a brochure featuring the image of a bearded man on a motorcycle above copy that read: “Need a hardcore PeopleSoft solution? Let's Rock.” The brochure noted the options of downloading PeopleSoft case studies, calling a toll-free number or returning a postage-paid reply card along with the chance to win a Segway HT.

The imagery continued in the second phase: a jiffy pack that mailed a month later featuring motorcycles and their riders on the outside of the piece. Inside was a purple Surebridge bandana and another motorcycle-themed piece that included, “Put on the colors and Let's Ride,” plus an attached business reply card. It mentioned the conference along with the advantages of doing business with Surebridge and the Segway giveaway.

The third phase dropped in the second week of October and arrived looking like an invitation. It did not mention the show in the version sent to those on the CIO list and served as a post-show follow-up for the larger segment.

The theme continued as this card again featured a motorcycle with its rider under the copy: “The gentle folk at Surebridge cordially invite you to a polite gathering of like minds.” Another business reply card fell out when opening the card, which had additional copy that asked: “Would you care to know the most elegant way to deploy your PeopleSoft solution?”

Aston said they decided to use a three-part campaign because “successful one-hit wonders are very few and far between.”

“Unless you have the marketing dollars to do a huge 3-D campaign where you could put all of your eggs in one basket,” she said, “it was more intelligent to hit them multiple times and build awareness and interest over a period of time to push them to take action, which was to visit the booth, go to the site, call the number or send back the BRC.” 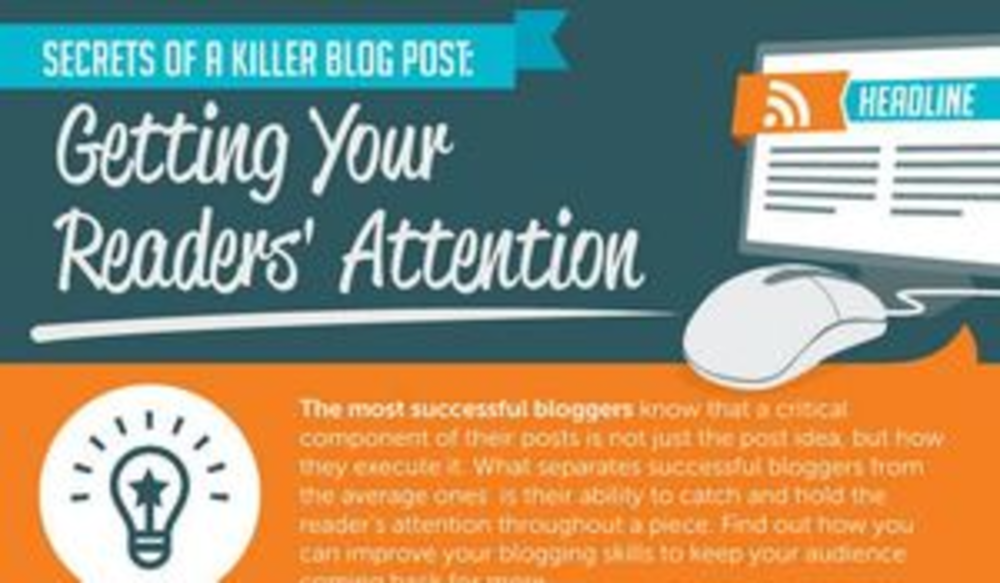 Everyone’s got a blog now, heck they even gave me one. But how do you get people to…