“Book publishers have always relied on word of mouth, reviews and quotes from celebrities, experts and other authors,” explains Joe Gagliardi, management supervisor and director of digital production for Gigante Vaz Partners, which works with St. Martin’s Press. “We had to explain that the thing about social media is that it enables the readers to become the reviewers, so it’s kind of a role reversal.”

Rather than spend hundreds of thousands of dollars on building a dedicated new application for Plum Spooky, Gigante Vaz partnered with Appssavvy, a social media direct sales firm, on a weeklong campaign in early January that was built upon a pre-existing Facebook application, LivingSocial’s Visual Bookshelf, which was already generating huge traffic.

“Book publishers have not tracked much ROI in the past because it’s difficult to measure the return on things like reviews and quotes,” Gagliardi says. “But as we introduce interactive advertising to the mix, ROI is taking on more importance because now we can track it. We were able to do that with this campaign as well as reach the goal of introducing the book to people who weren’t familiar with the franchise.”

The campaign generated more than 500,000 impressions and nearly 1,200 people added Plum Spooky to their Visual Bookshelf — hardly the type of numbers to send champagne corks popping for marketers, but in the current environment modest numbers from modest spends are becoming the new strategy in social media applications.

There are still the occasionally super-successful, highly viral (and occasionally controversial) applications such as Burger King’s January debut of Whopper Sacrifice, in which the fast-food chain encouraged Facebook members to drop 10 friends in exchange for a free Whopper.

But given the vast number of applications now competing for attention on social media sites – not to mention mobile apps on the iPhone — small and targeted has become the new big.

“Several years ago a great widget, game of video could garner millions of views because it was different, funny or controversial,” notes Larry Weintraub, CEP of LA-based Fanscape, which has completed social media programs for clients such as NBC, Game Stop to POM Wonderful pomegranate juice. “Today that same piece of content may only garner interactions in the thousands, so marketers are realizing it’s not about hitting tons of people—it’s about hitting the right people.”

Marketers are also realizing there’s no point spending huge amounts on re-inventing—or in this case re-developing—the wheel. “Many brands come to us not knowing exactly what they want, but they do have ideas,” says AppSavvy president Michael Burke, “So a lot of times we can tell them there’s already an application doing exactly what you want and why don’t we just leverage that and get you a lot more bang for your buck.”

Increasingly, Burke says, companies like St. Matins Press are looking to layer programs on top of pre-existing applications. “On Facebook, applications like Circle of Moms or Texas Hold’em Poker already have several million users themselves so you’re not creating an audience, you’re simply joining a conversation,” he adds.

By piggybacking on what’s already out there, marketers are able to spend more on marketing around an application. “You can’t wait for people to find them, so you have to market your applications,” explains Buddy Media CEO Michael Lazerow, which created a successful Facebook “app-vertisement” for a new Intel technology earlier this year – over 130,000 downloaded the app in the first week. “Impressions drive the application so, in essence, you’re buying a targeted audience who will use and spread the application.”

And whether it’s an entertainment brand, or a packaged consumer product, marketers are also realizing they want their social media application to do more that simply tout a brand. “There’s no point in building a social media application that doesn’t have a call to action,” Weintraub stresses. “There has to be something tangible—it can’t be that a bunch of people threw a virtual snowball or played a game.”

The explosion of social media sites catering to specific demographics means that — in theory at least — marketers can create one application for use across multiple platforms. “We’re not tied to any one application form factor or one social media platform,” says Lazerow. “Having said that, in order to aggregate a scalable audience for a client you want to go where the people are. A few years ago there we’re a bunch of social media sites within 10 million to 20 million people. Now it’s Facebook with 220 million, MySpace with 150 million and everyone else around 50 million.”

“The main thing Facebook changed was their page offerings for brands, making them far more interactive and giving brands and businesses a lot more power to reach their audience,” he says. “We’re now finding b-to-b social media applications can have the same benefit as business-to-consumer in that you can really hone and target an audience—and with b-to-b, one big sale from an application might be enough to carry your company for a month.”

Daina Middleton, SVP at agency Moxie Interactive, adds that the current economy and the squeeze it’s putting on marketing budgets is actually driving brands into social media. “I’ve seen more brands interested in getting involved in social media because they want to make their marketing dollars go further and want to utilize advocates to do that,” she says.

Middleton has worked on social media applications for a number of entertainment brands, including a multi-language program for the Twentieth Century Fox film The Day the Earth Stood Still and a holiday gifting application involving a virtual gift-fetching dog for the hit holiday movie Marley & Me.

“Entertainment brands do very well as applications because the main goal of social media sites is to communicate and entertain,” she says, adding many of these apps are proving popular even for those outside that target youth audience. “The fastest growing segment on Facebook is 45 and up, which grew 287% last year—and MySpace has an even older demographic.”

But regardless of the age of the target audience, Middleton cautions that social media applications are not like traditional marketing. Brand managers need to understand, she explains, that flashy and loud often does not work in this space.

“That’s the biggest mistake I see happening today, because brands are used to controlling the whole message and being totally focused on the message,” she says. With social media they need to understand the conversation isn’t about you — you have to work your brand into a pre-exiting conversation to drive that social action.”

Can brands back away from engaging in dialog about the social and political issues of the day? Should… 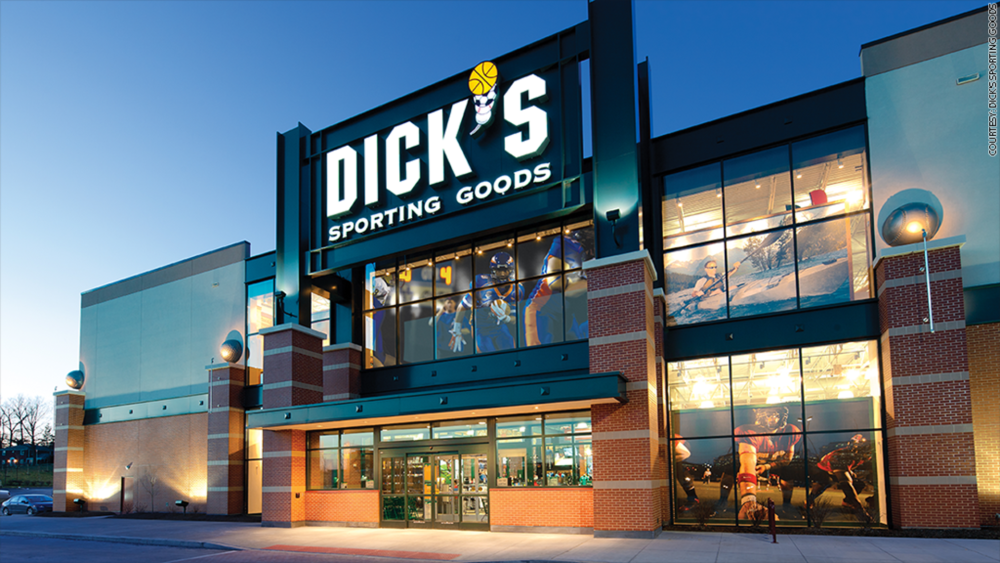 In the Wake of NRA Protests, Dick’s Sporting Goods Responds the Right Way

If you follow along with my coverage, you might have noticed that one of my obsessions in marketing…