In today’s crowded industry, marketers are constantly looking for new ways to make their companies standout. So when Bigcommerce planned to attend Shop.org—a retail conference that garnered more than 5,400 attendees in Seattle this year—it knew that it would need more than a booth to drive brand awareness and leads. So, the ecommerce software solution provider decided to use guerrilla marketing to promote its backend technology and launched the #BetterBackend campaign.

“Our roots are deep in the SMB community,” says Meg Murphy, CMO of Bigcommerce. “Like many of our clients, we need to be scrappy and clever and let our personality show through.”

Besides driving brand awareness and leads, Bigcommerce’s marketers wanted to interact with prospects and feed this healthy relationship by offering conference attendees nutritious snacks—a rare find at industry events, says the company’s VP of Communications, Cheri Winterberg. To achieve these goals, Bigcommerce had yogis do various yoga positions in front of the conference center while wearing T-shirts and yoga pants with the company’s website and campaign hashtag, #BetterBackend, on their backsides. Street teams reinforced this Better Backend messaging by handing out peaches wearing underwear—because why not?—with the hashtag and website pinned to the side. In fact, the street teams distributed 500 of these little guys.The campaign, done in partnership with Seattle-based digital agency POP, launched on September 29.

In addition to supporting the campaign at the event, Bigcommerce promoted the campaign on the company’s blog, landing page, and social media accounts—specifically Facebook, LinkedIn, and Twitter. Winterberg says sharing comments and pictures under the campaign’s hashtag enabled people to engage outside of Seattle.

Was this campaign a crazy idea? Sure it was. But Bigcommerce knew that it was so out of the box that it just might work.

The campaign generated more than seven million impressions, and #BetterBackend was the eighth most mentioned hashtag during Shop.org. Plus, the company saw a 94% increase in social engagement compared to its daily averages for social interactions in Q3.

“In a way, that’s the judge of a good guerrilla campaign—[it’s] when it has a little viral aspect to it,” Murphy says.

Business metrics were also peachy keen. Bigcommerce collected 142 business cards and received 35 demo requests, including five from businesses with more than $1 million in gross merchandise volume. In addition, Bigcommerce experienced more than 2,000 unique visits to its landing page between September 29 and October 3. The campaign generated so much success that just yesterday Bigcommerce performed the same stunt at the Small Business Expo in Los Angeles; however marketers had to resort to using pears now that the weather has changed.

But the campaign wasn’t all peaches and cream. Just two hours into the initiative, the National Retail Federation (NRF), the host of Shop.org, asked Bigcommerce to shut down its operation. Although Bigcommerce was on a public sidewalk, the NRF wanted to ensure that it was fair to its sponsors and focused on the event itself, Winterberg explains. Ultimately, Bigcommerce complied.

“It’s not an effective guerrilla campaign unless somebody throws you out,” Murphy says.

However, Murphy and Winterberg knew that the campaign would be risky business right from the start. To avoid coming off as offensive—there are a lot of butt shots, after all—Bigcommerce made sure to feature both male and female yogis. And they donned their peaches in more modest undergarments, including boxers and “granny panties,” Murphy says. Although Bigcommerce only had less than one month to pull this campaign together, Winterberg made sure to test the campaign’s concept and messaging by sending them to a few Bigcommerce clients—all of whom responded favorably.

“We didn’t have any negative feedback on social at all,” Murphy says. “People kind of got it.”

So when deciphering whether a campaign’s concept is too big of gamble, marketers should determine whether their risk is a calculated one, Winterberg says. To do this, Murphy says, they must be creative, anticipate different outcomes, and then go all in. Otherwise, marketers run the risk of being the butt of a bad marketing joke.

“This was very big for Bigcommerce,” Murphy says. “We had never done this before. It gave us a little bit of butterflies going in, and those butterflies are really healthy. Taking a risk that’s appropriate, [and] being all in on it really paid off.”

To commemorate a NYC-based Gorilla campaign, Bliss spa has released a video on YouTube of the day’s events.…

Macy’s has introduced Shop for a Better World, a collection of one-of-a-kind artisan creations from recovering regions such… 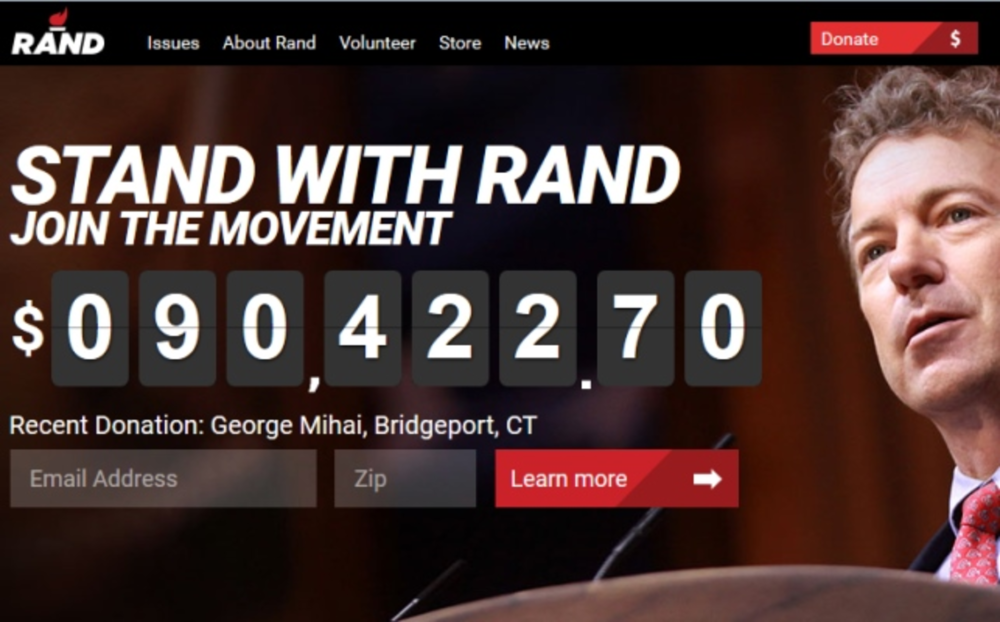 Would-Be Presidents Are All About the Dead Presidents

Why do I write so much about political candidates in a marketing magazine? Because the people who are…