Bertelsmann has integrated its online book and music division, BOL.com, with its ailing book clubs and put both under the Bertelsmann Direct Group.

“We have undergone a strategic change triggered by the changing behavior of our customers,” said Gerd Koslowski, the Direct Group's vice president for corporate communication at the company's headquarters in Guetersloh, Germany. “The Web has to be integrated into all other forms of media distribution. You can't just focus on the Internet alone or on e-commerce. We cover the whole broad swatch of distribution — e-commerce, file sharing, our alliance with Napster.

“Look, the whole industry is changing. Barnes and Noble has set up terminals in their bookstores.”

German media have interpreted the restructuring as a pullback, with some claiming that as many as 25 percent of BOL's 200-member German staff is being let go. Koslowski said there had been staff cutbacks but far fewer than media reports indicate.

“We had to put out a number to counter those reports,” he said, “but not everything has been decided yet. We think about 20 people will go, but eight of them had their contracts expire, so the actual cut is only 12.

“But I can vehemently deny that this amounts to any retreat on our part. We are well ahead of Amazon. We have 23 million unique visitors a month worldwide versus 19 million for Amazon. We're No. 1 in CDs and music products.”

Koslowski conceded, however, that media reports of continued activity in the red were correct.

“We've only been in business a few years, and nobody became profitable that quickly,” he said. “It's naïve to expect anything else.”

Nevertheless, the clubs and bol.com have been losing money, and the integration is clearly designed to streamline the operation and cut costs. BOL will close operations in Denmark, Norway, Malaysia, Singapore and Hong Kong.

Klaus Eierhoff, CEO of the Direct Group, said that Bertelsmann did not have clubs in those countries and “there wasn't much for us there. We want to focus on our core markets where we can be multichannel vendors.”

It also will shut two international centers, in London and Munich, that were responsible for BOL as a profit center. Individual country operations will be given more autonomy and charged with making more money.

Bertelsmann, Koslowski emphasized, was not worried but was looking to make both clubs and BOL.com profitable. “We expect the book clubs to turn a profit worldwide in 2002, and we think the new structure will contribute [more than 100 million deutsche marks] to corporate earnings in 2003.”

Bertelsmann may increase its online commitment by acquiring a controlling interest in Lycos Europe. It holds 18 percent of the shares, while Terra Lycos has nearly 30 percent. Lycos Europe CEO Christoph Mohn, a son of Bertelsmann owner Reinhard Mohn, said in Barcelona last month that he was open for a takeover from either company. Mohn is also trimming marketing costs.

Maxim India has relaunched its print magazine with the addition of an e-zine covermount CD. The men’s magazine… 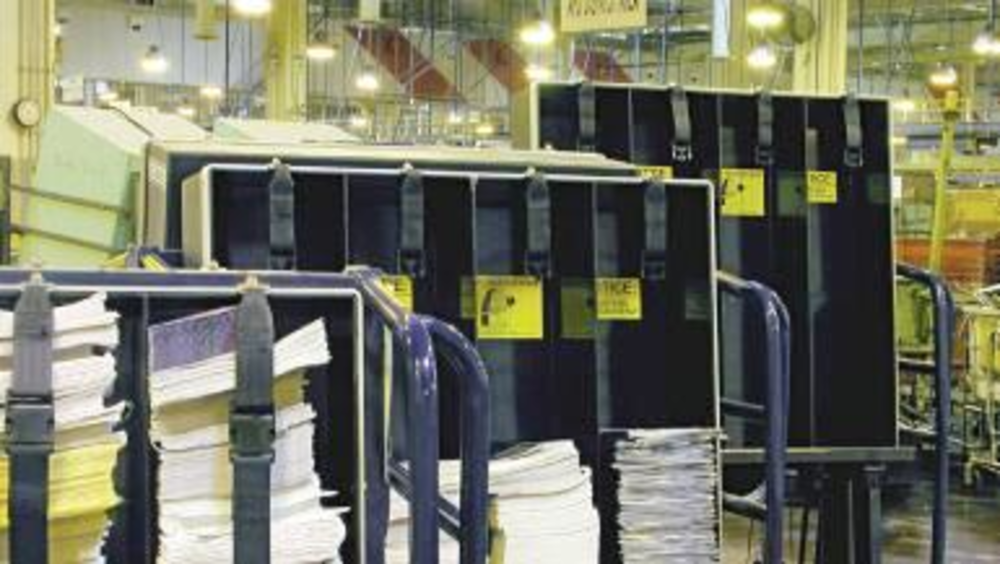