Behavioral targeting and e-mail: Obstacles ahead?

Leveraging clickstream data in e-mail is shown to significantly increase ROI by delivering highly relevant messages. Observing users’ online behavior, gauging their interests, and tailoring e-mail messages accordingly puts you on the path to delivering the right message to the right person at the right time.

But unfortunately for marketers, the use of this data – behavioral targeting (BT) – continues to be under scrutiny. The Federal Trade Commission (FTC), federal and state lawmakers along with consumer groups are debating the concept for reasons other than increasing ROI.

Many consumer groups think the practice should be banned because of privacy issues involved with tracking users’ online activity. On the opposite end of the spectrum, marketers worry that federal or state regulation could place burdensome restrictions on BT. The FTC weighed in with proposed voluntary principles for self-regulation in late 2007, collected public comments, and is currently finalizing a recommendation.

Consumers also have their opinions. A recent TRUSTe study shows that 71% of online consumers are aware their online activity can be used for ads. However, 57% aren’t comfortable with this practice, even when the tracking data can’t be tied to any personal information. The silver lining is that 64% of those surveyed said that they’d choose to see online ads from brands they know and trust.

While nobody knows what BT will look like in the future, marketers can only hope that ideas around stiff regulation will die just like the national “do not e-mail” list. As this debate plays out, you can be ahead of the curve by keeping these things in mind.

A key premise of any new rules will center on transparency. The FTC’s proposed principles state that companies should make it clear to consumers that data is being tracked to target ads. For now, take a look at your privacy policy to see if you’re being transparent by a reasonable standard. Burying this information under hundreds of words of legalese won’t cut it.

Give the Customer Control

Customers are king, and allowing them to opt-out of being tracked is also an FTC proposal. This usually involves the placement of an opt-out cookie on consumers’ computers. Some groups argue that consumers should have to expressly opt-in to be targeted. If this becomes law it will cripple legitimate marketers and change the future of online advertising.

Put your consumer hat on for a minute. If you viewed a digital camera on a retailer’s site, how would you feel if five minutes later you were sent an e-mail that featured the camera, saying “Are you sure you don’t want to purchase me?” The point is that nobody likes to feel that they’re being watched. Treat your customers with the personal attention that they deserve, but remember that being relevant doesn’t have to be creepy.

Keep Up to Speed

As with everything in the online world, things change rapidly. Know what recommendations the FTC is leaning toward, and definitely know what lawmakers are up to. This debate isn’t going away anytime soon and it will be much easier to comply with any new rules if you can anticipate what’s coming.

Hopefully more clarity on this issue will come soon. It’s possible that clickstream data will become like e-mail open rates – great data to have, but unreliable as third-party software aggressively blocks the tracking technology. 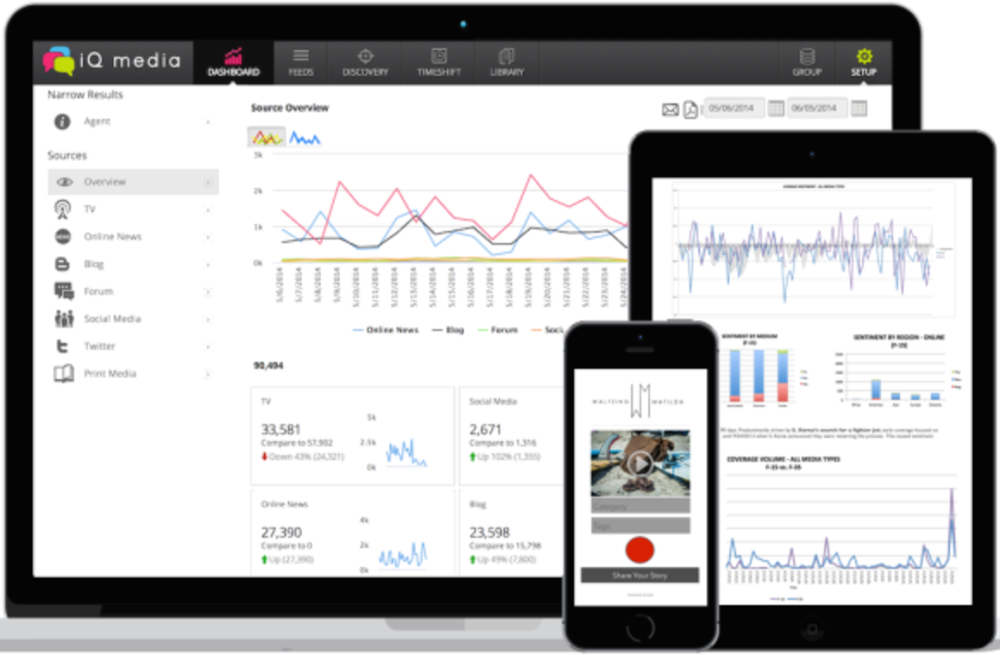 For media monitoring, iQ media is a strong alternative to Cision and Vocus