Baseball Teams Play Ball With a Hand From DM

Major League Baseball teams are demonstrating how a business database can be used to help both large- and small-market franchises drive group and season-ticket sales.

The Pittsburgh Pirates are thriving against the odds in a small market with the help of D&B Marketplace, a CD-ROM version of Dun and Bradstreet's database of more than 10 million businesses produced by iMarket Inc., Waltham, MA. The Chicago White Sox, meanwhile, are jump-starting their largest direct mail campaign to date with iMarket's MarketMatch application.

The Kansas City Royals tested another version of the D&B database and the 10.5 million-name American Business Information database before choosing ABI, Omaha, NE, for their 1998 group sales drive.

“Direct mail is perfect for sports teams,'' said Carola Ross, White Sox manager of ticket sales. “We have the added advantage of name recognition — people like to get mail from us. It makes it easier to market our different products. MarketMatch works really well for baseball's broad demographics.''

Since tapping into the Pittsburgh businesses in 1996 with D&B Marketplace, the Pirates have more than doubled group ticket sales. The team is on course to sell the equivalent of 1,200 corporate season-ticket packages this year, a 140 percent increase over 1997.

These increases and a strong second-place showing in the National League Central division helped the Pirates beat attendance projections by 300,000 last season — 1.65 million fans went through the turnstiles of Three Rivers Stadium, which will be replaced by a new park in 2001. The successful ticket sales were despite Pittsburgh's losing longtime manager Jim Leyland and fielding a team of little-known players with the lowest payroll ($12.1 million) in the major leagues.

“We use iMarket to organize season ticket sales and we expect a 15 to 20 percent increase this year, which is significant,'' said Gary Remlinger, director of ticket sales for the Pirates.

The goal of the Pirates' 16-week 1998 sales drive is to reach 100,000 businesses. Pirates marketing analyst Jim Pappas uses D&B Marketplace to determine how many businesses exist in a ZIP code or other geographic radius and group them by number of employees or revenue. The software then can run an analysis on those businesses to gauge their propensity to buy.

“You can't underestimate the power of the software we're using. It allows you to plan how you will approach a market area,'' said Pappas, who added that he expects a success rate of 3 percent to 4 percent for the current campaign. “iMarket gives you a reason for calling [leads]. Analysis on the database suggests that these are the people who generally buy.''

Leads are sent teaser cards that contain team highlights, information on season- and 20-game ticket packages and a request for a 15-minute face-to-face meeting. Each of the pieces is followed up by a telephone call. Since the campaign began in January, Pappas has generated enough leads to send 6,000 mail pieces a week. He estimates that iMarket is responsible for 65 percent of his leads; the remainder are from previous buyer files.

Pappas said the Royals have succeeded with ABI because it provides more useful information than D&B, such as name of contact, number of employees, type of business, credit rating and for their particular niche of selling corporate outings of 25 or more, a list of human resources personnel.

“The ABI list gives enough on the company to make conversation,'' said Michelle Kammere, the Royals' group sales manager. “It sets the mood for the sale. The client feels [the salespeople] have done their homework and know our business.''

Kansas City also used ABI to generate leads for its pocket-schedule-distribution program in which businesses responded to a letter offering a block of Royals schedules to distribute in their offices.

The White Sox, who drew 1.86 million fans to Comiskey Park in 1997, are conducting their first campaign with MarketMatch. By running MarketMatch against their database of ticket buyers and prospects, the White Sox produced enough leads to support a 150,000-piece mailing. The mail piece includes a brochure that highlights group and season-ticket plans and other activities throughout the season.

“We used to just buy a list. We don't have to do that anymore,'' Ross said. “This is the first year we have dealt this heavily in direct mail. We have had a lot of success in building a database — that's our biggest concern for this season.''

The Pirates also are honing leads with MarketMatch, which can convert an existing file such as a list of group ticket buyers into an iMarket file. By bouncing it off an iMarket list of leads, Pappas gets a more qualified list that meets the profile of past ticket buyers. MarketMatch, for example, can tell him that lawyers have a propensity to buy and that certain types of lawyers have an even higher propensity.

At Pappas' request, iMarket went into its database and extracted multiple contacts per company, allowing the Pirates to reach useful contacts beyond the CEO, such as the controller or marketing director.

“MarketMatch tells us why we are successful in that market and not others,'' he said. “It opened some doors we hadn't seen.''

OK. You’ve finally gotten them to your Web site after a large investment in time and effort, not…

The business-to-consumer e-commerce experience has improved by leaps and bounds in recent years. From navigation to security to… 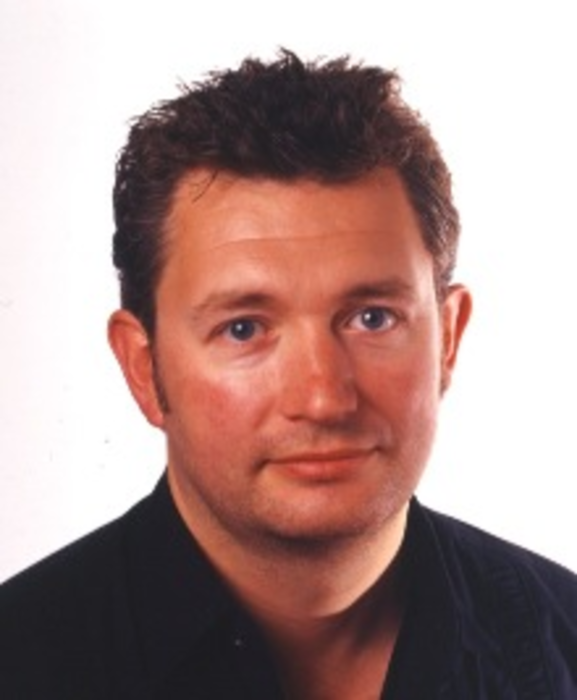