Audio Book Club Inc. spent the past seven months making deals to corner the audio book continuity club market. Having accomplished that, the company turns its attention to consumers who prefer not to join clubs with the launch of a marketing blitz today for its new Web site, MediaBay.com.

“We get a ton of traffic to Audiobookclub.com, but not everybody wants to join a club,” said Mike Herrick, vice chairman and co-CEO of Audio Book Club, Morristown, NJ. “We believe we’re leaving revenue on the table. So we’re coming up with a way to leverage that traffic.” Audiobookclub.com reportedly gets 1.5 million visits per month.

The MediaBay.com launch is timed to coincide with the live Webcast of Woodstock ’99, which begins today. MediaBay.com is one of three official Webcasters offering free streaming video of the event.

To publicize the launch and Webcast, Audio Book Club sent members solo mailers in mid-July. The company is also promoting the site with banners on Broadcast.com, MSN Network and the Lycos Network.

At Woodstock ’99, Audio Book Club is promoting MediaBay.com with signs, a tent and ads on the big screens.

While Audio Book Club believes the new site will help it scoop up currently unrealized revenue, it also expects to boost the percentage of club members it gets from the Internet from just over 30 percent in 1998 to 50 percent by the end of the year.

Though Herrick would not disclose the club’s new-member acquisition costs, he said they are about half as much online as offline.

The launch of MediaBay.com comes on the heels of key acquisitions that eliminated Audio Book Club’s competition and expanded its customer base from 300,000 at the end of 1997 to 2.1 million names currently.

The company acquired the Columbia House Audio Book Club in December and Doubleday Direct’s Audiobooks Direct in mid-June, both for undisclosed sums.

“We paid a decent price for them, but we got a lot of added value back in the way of marketing and mailing,” said Herrick.

The deals “significantly opened up our universe offline to acquire members, particularly members who join those kinds of clubs,” he said, declining to say what percentage of the two membership files the company plans to send mailings.

“We’re going to look at that data, test offers and creative appropriately and do whatever makes sense; but the universe of opportunity is 34 million, including the millions of members that they acquire new every year,” he said.

Audio Book Club’s average customers are 35 to 40 years old. Fifty-five percent are women, though Herrick said the split is closer to 50-50 online.

Members must buy fours books over two years. According to Herrick, “they significantly exceed that. Unlike music CDs, when you listen to an audio book, you wait for another one. You don’t listen to the same thing over and over.”

He said that purchase size and frequency are similar for Audio Book Club’s customers online as offline, but “we haven’t fully taken advantage of e-mail marketing and other things to maximize online members.”

Audio Book Club in 1998 reported a net loss just shy of $7 million on gross sales of $22.2 million, primarily, the company said, as a result of its growth strategy. 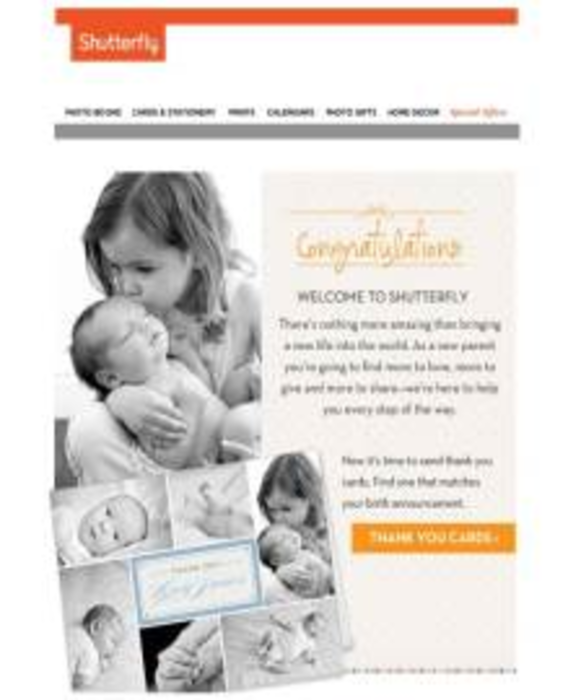 It happens to the best of us. With Big Data, CRM and marketing automation, more marketers trust templates.…

Hangers Cleaners Wants to Be McDonald’s of Dry Cleaning Market

Hangers Cleaners, Raleigh, NC, is using a multiple-channel ad campaign to take the next step in establishing itself…