NEW ORLEANS — Former astronaut Sally Ride urged American Teleservices Association members yesterday to support young girls who are interested in math and science in getting the education they need to compete in high-tech fields.

Ride, who gave the keynote speech at the opening general session of the association's 19th Annual Convention & Exhibition here, said that many high-tech businesses try to recruit women at the college level but find the population of qualified prospects is limited. The problems originate at the middle school level, when girls encounter an educational environment that encourages boys to get interested in math and science but dissuades girls. For earlier grades, Ride said, surveys have shown that girls display an equal interest as boys in math and science.

“Starting at the fifth- or sixth-grade level, girls encounter a slightly different sociological environment than boys do,” Ride said.

Ride, who flew in the space shuttle Challenger in 1983 and 1984, was in a class of new astronauts that included the first female astronauts in the U.S. space program. Four members of that class died when the Challenger exploded shortly after takeoff in 1986.

Ride spent much of her presentation on a slideshow of pictures taken during her space flights. While most people envision the view of Earth from space as the famous “big blue marble” photograph taken from the Moon by Apollo astronauts, the view from the shuttle, which flies much nearer to the Earth than the Moon, is more detailed, Ride said.

From the shuttle's vantage point about 200 miles above the planet, the curvature of the Earth is just barely noticeable, and it's possible to view human-built structures on the ground, such as bridges. Ride's slideshow, which drew appreciative “oohs” and “aahs” from the crowd, included scenes of wildfires over Brazil, a typhoon in the Indian Ocean, the glow of streetlights at small towns in the Midwest at night and one of the “sunsets” that occur every 90 minutes as the space shuttle orbits the Earth.

Business-to-business publisher Advanstar Communications Inc. is exploring strategic alternatives, including a possible sale of the company, the New… 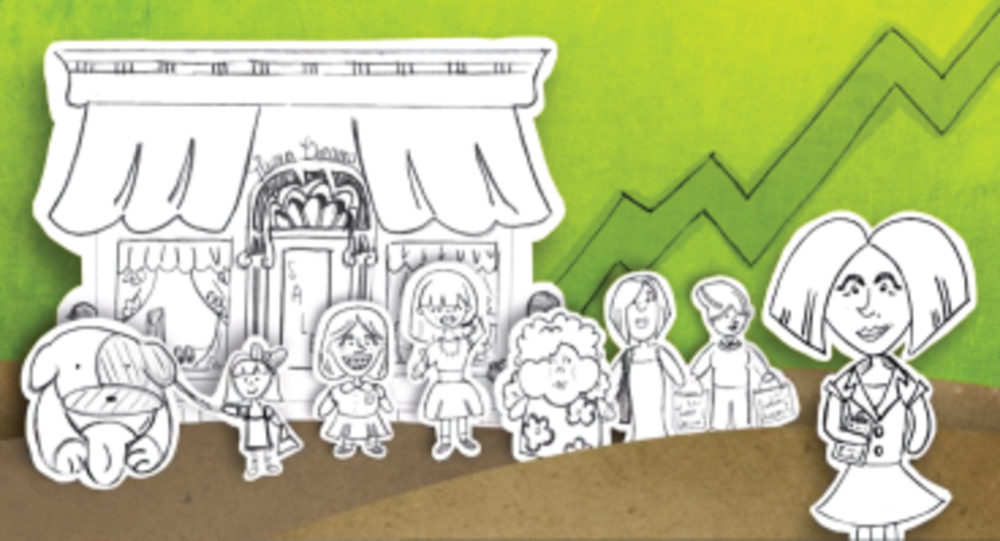