The Offer: In a creative use of digital-music site Spotify‘s “email to a friend feature,” Swedish contemporary art gallery Bonniers Konsthall, with help from DDB Stockholm, crafted a series of exclusive—and hyper-personalized—email invitations to the VIP opening of its “More Than Sound” exhibition. To highlight the fact that the “More Than Sound” show would be focusing on audio art, the gallery tapped experimental music producer Hans Berg to compose a six-minute soundtrack inspired by the exhibition. Bloggers and art critics were then sent an email with a single Spotify link that took them to Berg’s album.

The Data: “More Than Sound” runs from early September though December 2012.

The Channel: The gallery uses email and Spotify’s platform to spread the word about its show.

The Creative: Each of the 18 album tracks in the emails was titled to provide listeners with information about the show. As the music played and moved from track to track, the song titles effectively created a personalized track list—which was also the guest list. For example, Track 1: Hi; Track 2: Margaret!; Track 3: This is a sample of; Track 4: “More Than Sound,” etc.

There are a lot of complexities to this campaign: the soundtrack made with the artwork, the custom music tracks, sending a playlist as an invitation. But what truly sets this campaign apart is the clever use of the playlist spelling out the invitation. In the early days of the Web, we used to try to “hack” everything. It’s nice to see this spirit live on.

Yahoo opens up its search algorithm

With the goal of fostering more innovation in search, Yahoo has released a new open Web services platform… 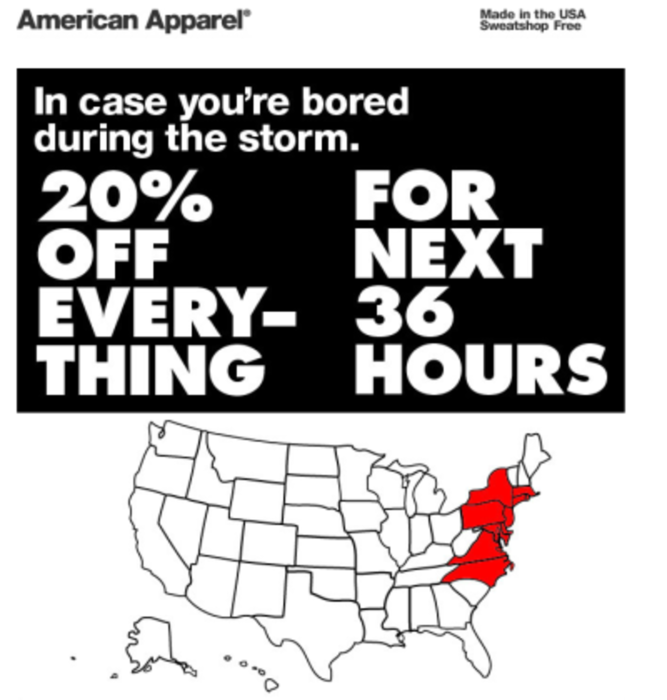 What’s in our mailbox this month: Post-Hurricane Sandy emails There is a right way and a wrong way…