An Open Platform for Engagement

If you were looking for leadership to develop a successful marketing automation solution into an open engagement platform, how about a résumé which includes years of experience with SAP Hana, with an interval working on platform and the app exchange at Salesforce?

That’s what Steve Lucas brought to Marketo when he became CEO last November, and he’s losing little time broadening the company’s appeal beyond its popular marketing automation platform. The two main weapons in his arsenal: A commitment to an open platform, and a broad conceptual theme — the “engagement economy.”

Also not to be overlooked, a powerful new strategic partnership with business software giant Infor.

We’re living in an engagement economy. That was the dominant theme at the Marketing National Summit at San Francisco’s Moscone center last week. To be frank, it’s less a theme in itself than a variation on a theme being played throughout all of this year’s marketing tech conferences. Whether striking the chord of “customer success” (Salesforce), “customer experience” (Oracle), or the “experience business” (Adobe), the tune is much the same.

But that doesn’t mean it isn’t the right tune for these vendors to be playing.

“We’re in an arms race for finite attention,” Lucas told the six thousand-plus marketing nation audience.” Brands can’t dominate the conversation any more: “Volume is losing its ability to build our brands and drive revenue, (and) volume unchecked can damage our brands.”

“If we’re all shouting, no single voice stands out,” he added. And as for outshouting the consumer: “That day has gone, and it’s never coming back.”

The message has been driven home often enough. The empowered consumer needs to be engaged with, not marketed to — and preferably on an individual basis too. Echoing Tara-Nicholle Nelson’s recent work, Lucas emphasized: “Engagement is not transactional; it’s transformational.” And he had three common sense rules for the engagement economy:

Easy enough, right? Well, not so much when it comes to meeting the consumer in the moment and manner they prefer, and at scale.

Opening Up the Stack

Robin Ritenour, Marketo’s SVP, Business Development, Partner Strategy, and Alliances, seems to have a portfolio every bit as broad as her title suggests. She’s involved across the partner eco-system; with global systems integrators, with ISVs, with international re-sellers, and with key strategic partners — like Infor.

The summit audience had already heard from Infor’s CEO, Charles Phillips. The New York-based enterprise software company serves around 90,000 customers in almost 200 countries. Phillips described it as the third largest ERP in the world, and one of the top ten users of AWS. It also offers CRM, as well as HR, performance, financial, and supply chain management services, with business apps constructed to serve a range of micro-verticals. “Half industry specialists, half technologists,” was Phillips’ characterization of the business.

What Infor has not offered, of course, is customer engagement. Not until the partnership announced last month with Marketo, anyway. “We do these partnerships very rarely,” said Phillips. “This is only the second one we’ve ever done.” The Infor Customer Experience suite connects supply chain data, contract lifecycle management, CPQ, CRM, and a range of other established Infor services with the ability to create and execute cross-device, cross-channel campaigns — the Marketo cream on the cake.

Ritenour explained the benefits for Marketo: “Infor was missing marketing automation: We filled the gap. But they are re-selling Marketo to their install base” — in other words, to that deep global pool of Infor ERP and CRM users worldwide. Marketo, strong in the US, and already a presence in EMEA and APAC, gains greater global reach through the Infor strategic partnership, Ritenour said. Adding the marketing automation extension, she continued, made Infor a true customer experience platform, while giving Marketo added international impetus. “We didn’t have the ability to scale as quickly as we wanted.” Infor owns the IP of the intertation, she said: “It allows them to go out with a competitive platform to Adobe, SF and Oracle.”

Ritenour, like Lucas, put in service at SAP, before spending five years working on the partner side at Salesforce, and a year and a half at Adobe. She’s convinced that the market is starting to swim against the trend of big vendors -building out what she called “clouds of captivity.” Marketo, through its API-driven open platform approach, makes things easier for CMOs who love their stack and don’t want to be locked down.

“People don’t want to be captive,” she said. Marketo allows prized single-point solutions to be plugged into a platform “backbone.” The proffer is a mix of native apps and partner apps (“Partners are coming to us,” she said), together with occasional strategic alliances like that with Infor. She downplayed acquisitions for the foreseeable future, although immediately before summit it announced the purchase of sales software start-up ToutApp.

“As a CMO.” she said, “I get to control my stack (and data). CMOs love the openness. The message to Oracle, Salesforce — this is how you have to do things.” Less friction between apps, more ease of choice: “I think it’s going to win.”

Marketo estimated that up to 1,000 CMOs or SVPs in marketing roles attended Summit this year. They were surely drowned out in every keynote session by the larger number of hands-on users present in the audience. In two sessions, Cheryl Chavez (GVP Product Management and UX) described “new products, or extensions to existing products” which sent the rank and file into rapture. This was a high-energy crowd.

Here are the main ones:

Platform Insights: A collection of tools representing, Chavez said, “a new vision for analytics,” featuring role-based interfaces and better visualization. CMO Insight offers a single view of marketing efforts and metrics; Marketing Performance Insight will give visibility across channels and campaigns; Web Insight will surface traffic from top referrers (and will represent an enhancement of what Google Analytics or Omniture could provide); and Account Insight will serve as a browser plug-in for sales, allowing real-time tracking of account activity personalized to the sales user.

Adaptive Intelligence: Marketo dips a timely toe into the tide of machine learning, providing behavior-based signals to trigger engagement with prospects and customers. It’s a cautious approach: Current Marketo users will be able to toggle Adaptive Intelligence (wait — is that “AI”?) on and off to compare their regular dashboard data stream with the “AI”-enhanced version.

Ritenour described machine learning as “an investment priority” for the company. “What everyone is complaining about,” she said, “is the myriads of data coming in through multiple channels.” To respond to this data flow, grab relevant content, and A/B test it in real time, machine learning “becomes almost imperative.”

Adbridge: Although not a new tool, the Adbridge retargeting solution is updated, featuring a direct integration with the new LinkedIn Lead Gen forms, and closer connections between channels. For example, said Chavez, looking at car ads on the web, then at local dealerships on Facebook could trigger an invitation via LinkedIn to visit for a test drive.

“Project Mercury” UX Enhancment: A series of enhancements and updates to the UI, based on community suggestions, and warmly greeted by the community representatives present. Think better tag management and partner widgets. “Just because it’s enterprise SaaS,” said Chavez, “it doesn’t have to be boring.

Marketo remains very much-focused on the B2B/considered purchase B2B space (“But we do have some very big B2C customers,” said Ritenour), and yet ABM kept a relatively low profile in the Summit agenda. Account Insight (described above) counts as an ABM enhancement, of course: Otherwise, “next generation” ABM seemed to encompass useful rather than game-changing features:

Finally — and perhaps the most telling glimpse of the engagement-based future, Chavez demonstrated an API-based integration with Amazon’s Alexa (coming soon). Because if we’re really entering the engagement economy, it’s going to go beyond the keyboard, beyond the smartphone, and beyond the speed of our fingers.

Read more from Steve Lucas on the engagement economy here. 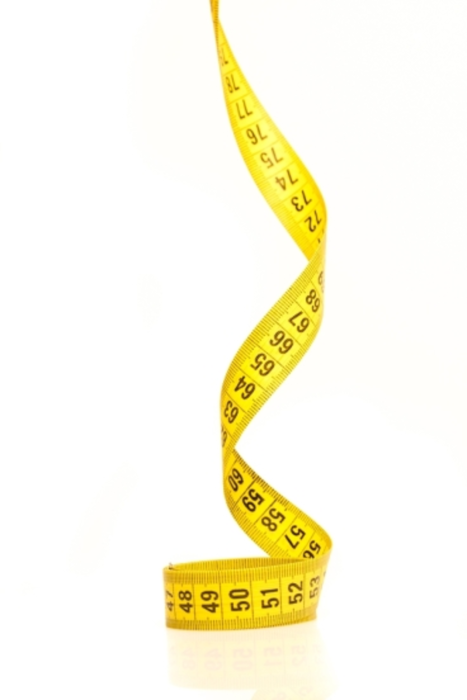 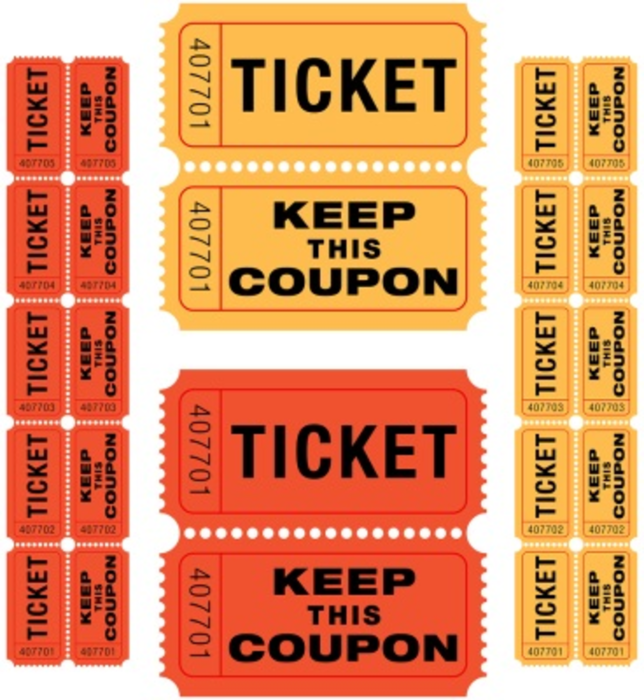 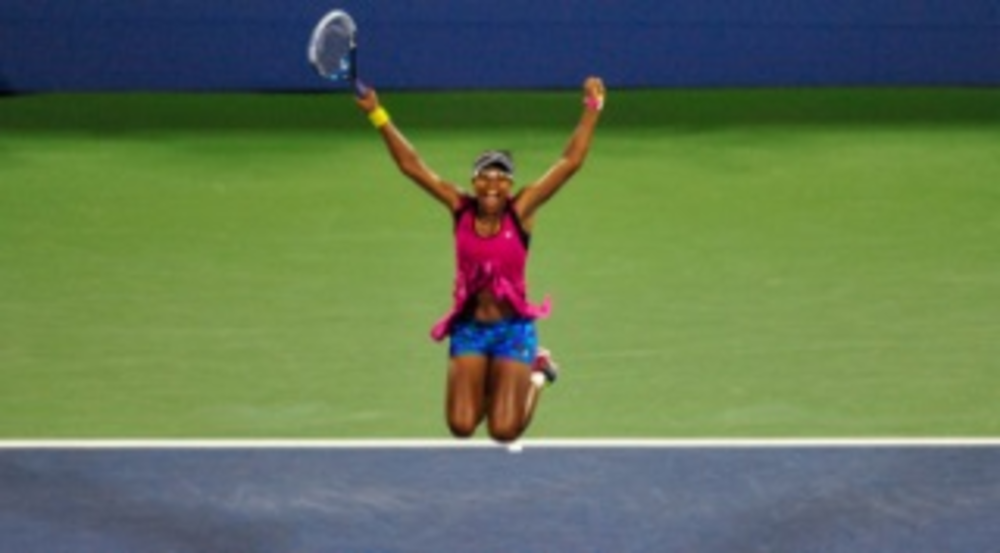 The hallways beneath the Billie Jean King National Tennis Center in Flushing, NY—host site of the annual US…